Last Chance to Hop on the “Sugar Show 2.0” Bandwagon 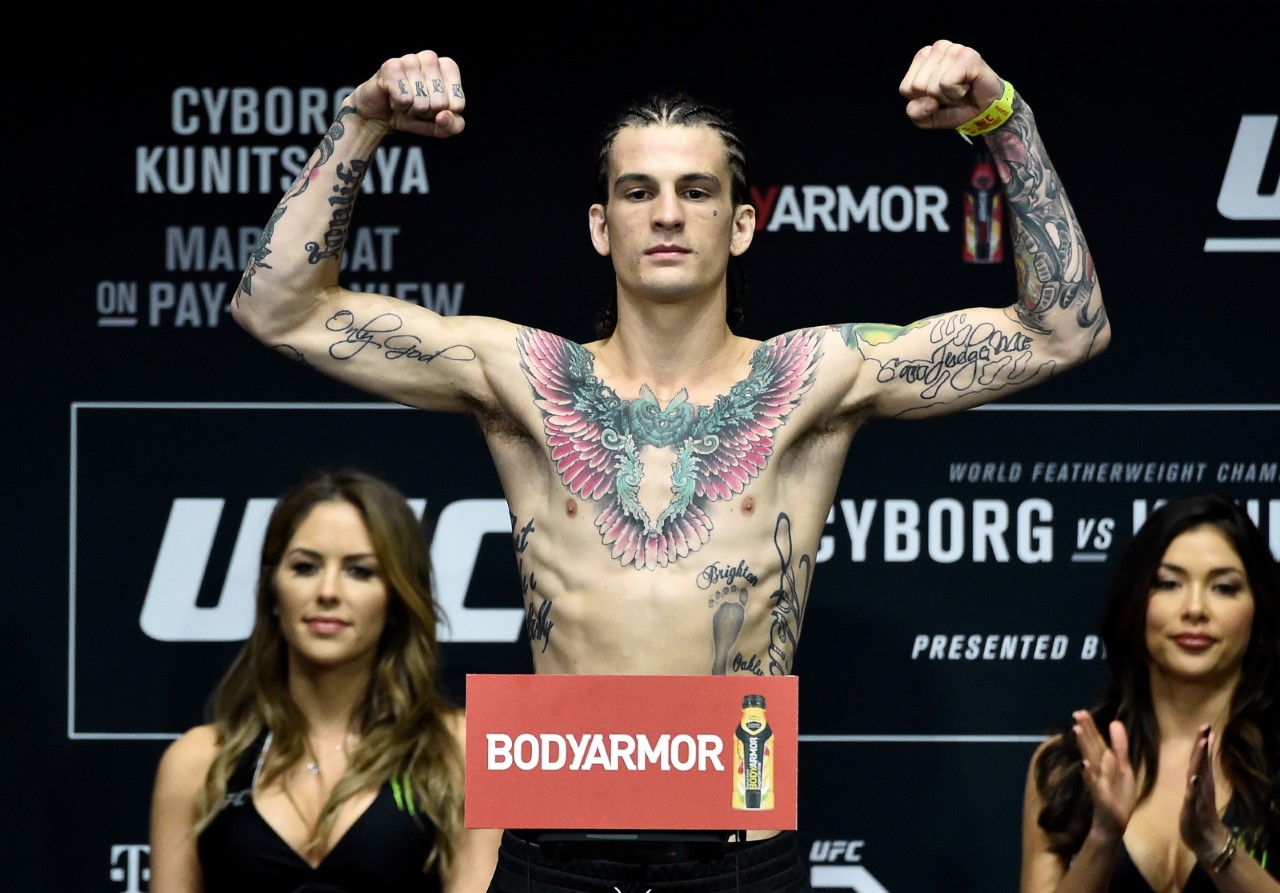 Three weeks removed from his near flawless performance at UFC 248, Sean O’Malley’s hype just keeps on growing. The 25-year-old from Montana will be a star in this sport; it’s only a matter of time.

“Sugar” Sean O’Malley jumped onto the scene at just 22 years of age with a first round knockout on Dana White’s Tuesday Night Contender Series. The performance earned him both a standing ovation and a UFC contract from Dana White.

After the event, Laura Sanko asked White if any contracts would be given out that night.

Legendary rapper Snoop Dogg, who was in attendance doing an alternative commentary broadcast, became and has remained a fan and friend of O’Malley’s since that night.

The “Sugar Show” really took off from there.

O’Malley earned two straight wins at bantamweight to kick off his UFC career, which included a Fight of the Night bonus in his victory over Andre Soukhamthath. From there, O’Malley gained a lot of popularity through his performances and his personality.

Unfortunately, his hype train came to a halt after testing positive for a banned substance called ostarine in June of 2019.

USADA slapped him with a six month suspension, despite declaring that it was ingested unknowingly and unintentionally.

At UFC 248, O’Malley made his return to the octagon after being away for two years. From the opening bell, the “Sugar Show 2.0” hit the stage ND dominated his way to a first round finish. He out-struck Jose Quinonez 18 to 0 in an almost perfect fight, which earned him a Performance of the Night bonus.

The hype train is right back on track and fans cannot wait to see him back in the octagon.

Do not mistake his sometimes wild antics and playfulness outside the octagon as a weakness, because this kid can fight. Training out of Glendale, Arizona at MMA Lab, O’Malley is constantly refining his striking, which he displayed against Quinonez.

Standing at 5’11” with a 72in reach, O’Malley is both tall and long for the 135lb division. His physical advantages allow him to throw unorthodox strikes like flying knees at any moment with ease.

We are now waiting to see when the “Sugar Show 2.0” will be on display again, as well as who he will be facing. O’Malley’s stardom will rise with every victory he gets, and if he continues to win, his name will fly up the rankings towards contender status.