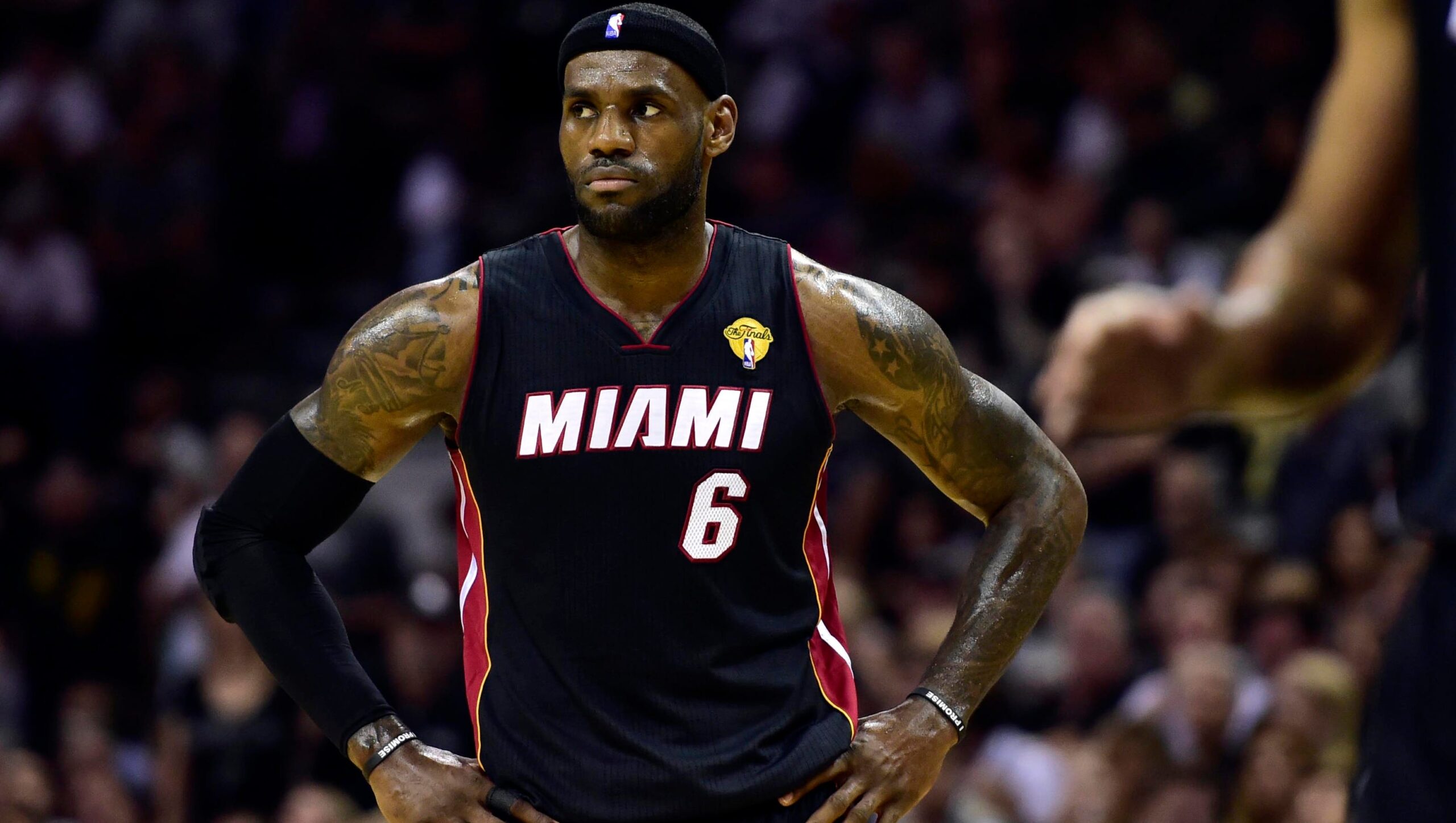 On Wednesday afternoon, it was announced that Los Angeles Lakers forward LeBron James would be switching his jersey number with the Los Angeles Lakers from #23 to #6. LeBron decided to move away from the historic #23 back to #6 since it’ll be the same number he will be wearing in his upcoming film “Space Jam: A New Legacy.” Some initial reactions to the news included some speculation that James switched numbers so that his Lakers co-star, Anthony Davis, could once again wear #23 as he did in the early stages of his career with the New Orleans Pelicans. Those rumors were shot down quickly, though, as The Athletic’s Shams Charania reported that Davis is expected to remain wearing #3.

This isn’t the first time LeBron has repped #6 in his NBA career. Throughout his entire career, he’s worn the number on his practice jersey, and he also dawned the number during his stint with the Miami Heat. In his four seasons repping #6, LeBron provided hundreds of jaw-dropping highlights, including the definition of a posterizing dunk over Jason Terry and creating one of the most iconic pictures in NBA history as he finished off an alley-oop from a Dwyane Wade pass. While wearing #6, though, we also got to see some of the best performances of LeBron’s entire career and flat out some of the best performances in NBA history. 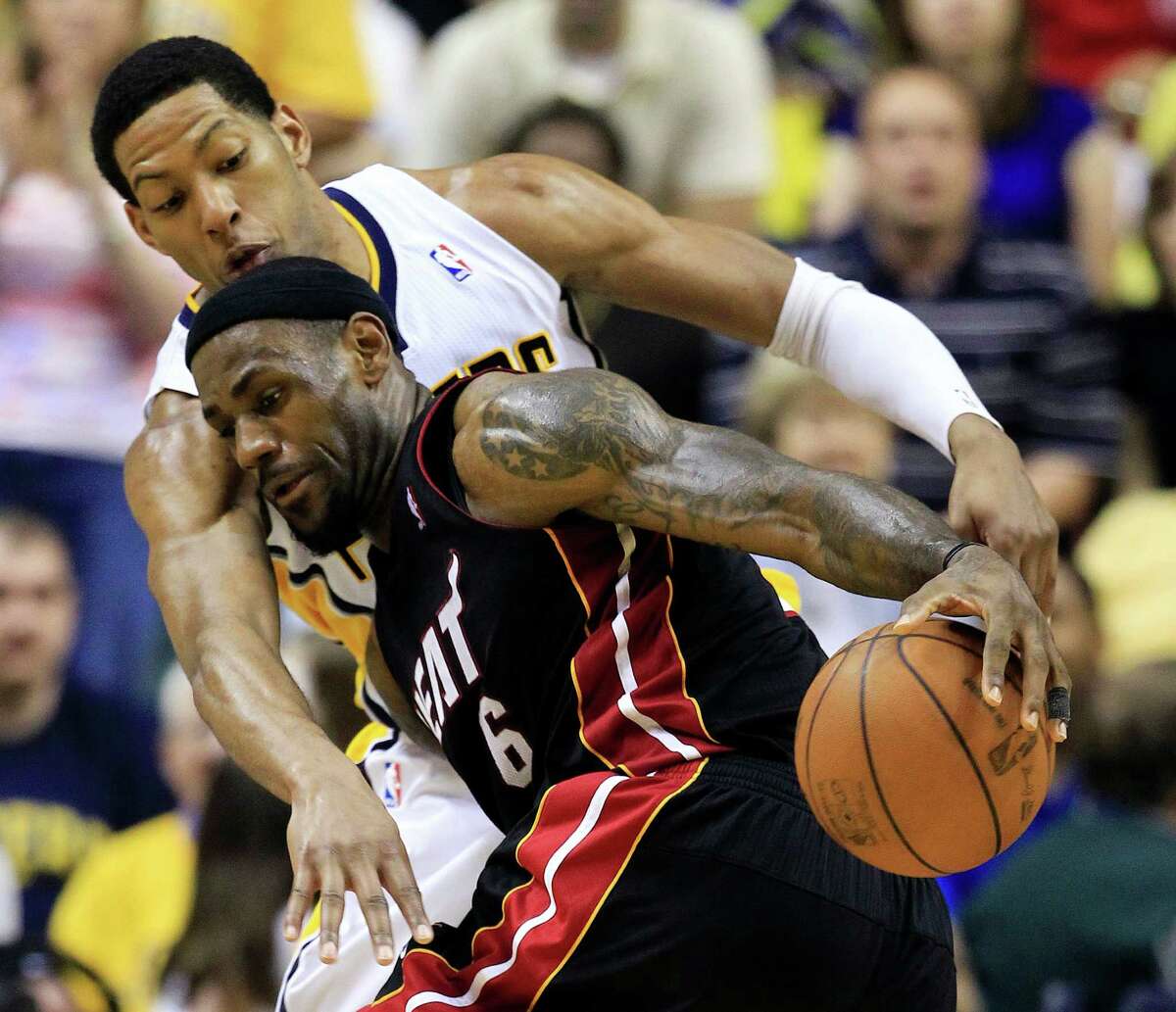 Following a disappointing first season with the Heat, many fans were already doubting LeBron’s choice to build the big three in Miami after being upset by Dirk Nowitzki and the Dallas Mavericks in the 2010 NBA Finals. LeBron and the Heat had a massive chip on their shoulder going into the 2012 postseason. They ran into a difficult matchup against the third-seeded Indiana Pacers, including names like Danny Granger, Roy Hibbert, and a young Paul George. Going into game four, the Pacers had control over the series, taking a demanding 2-1 lead over the Heat with a chance to make it 3-1 in front of their home crowd. To make matters worse for LeBron and the Heat, they were missing a piece of their big three as Chris Bosh was back in Miami dealing with an injury.

LeBron decided to take matters into his own hands in game four, though, as he delivered his first iconic playoff performance in a Heat jersey. LeBron took over the came pouring in 40 points, shooting 52% from the field. It was also a near triple-double performance for LeBron, as he also recorded 9 assists and 18 rebounds, one short of tying his career-high. It was also a vintage performance on the defensive side for LeBron, as he recorded 2 steals, 2 blocks and held Pacers forwards Danny Granger and Paul George to a combined 12/29 shooting performance. The Heat would ride the momentum that LeBron provided for them with this performance and finish off the series by winning the next two games by a combined 44 points.

Late in the 2013-2014 season, during a game against the Oklahoma City Thunder, LeBron suffered a broken nose after driving to the basket late in the 4th quarter. He would be forced to miss the Heat’s next game but would make his return the game after dawning the iconic, if not short-lived black mask – the NBA notified him that he needed to switch to the traditional clear mask shortly after donning the original. This upset Heat fans, as LeBron put up a solid performance with the black mask, putting up 31 points in a blowout victory against the New York Knicks. Fans would shortly learn, though, that the switch didn’t seem to bother LeBron one bit.

Shortly after switching from the black mask to the clear mask, LeBron and the Heat met up with the Charlotte Bobcats on March 3rd, 2014. The game started as any game would have that season for the Heat. LeBron had a good 1st quarter by scoring 11 points and an even better 2nd quarter by adding on 13 more. LeBron decided that he could do even better, though, as he erupted in the 3rd quarter and took complete control of the game. He scored 25 points in the 3rd quarter alone, shooting 9-11 from the field, including a perfect 5-5 from beyond the arc. LeBron would match the entire Bobcats team in scoring during that quarter. LeBron would continue to stay solid in the 4th quarter, scoring 12 more points, ending the night with a career-high 61 points that still stands to this day. LeBron would also add 7 rebounds and 5 assists as he and the Heat picked up the 124-107 win in Miami.

Remember how I said earlier that LeBron’s first iconic playoff performance came in game six against the Pacers? Well, that’s because his next one game just eight games later in the following round against the star-studded Boston Celtics. The Heat were in a win-or-go-home situation, as they arrived in Boston down 3-2 in the series, with the Celtics one win away from advancing back to the finals after appearing in two out of the last four NBA Finals.

LeBron showed no signs of letting Boston run away with the eastern conference crown, as he delivered not only his best performance wearing #6, but arguably his best performance ever. LeBron caught fire in the 1st quarter, shooting 6-7 from the field and finishing with 14 points, nearly outscoring Boston’s 16 total points. He kept it going in the 2nd by adding on 16 more points while also once again going 6-7 from the field. James continued to dominate in the 2nd half while also diminishing any hope Boston had of coming back in this game by adding on 15 more points and securing the win in the TD Garden. LeBron played 45 of the 48 minutes, only subbing out of the game once Boston officially had no chance of coming back. In these 45 minutes, LeBron put up a dominant 45 points off an astonishing 19-26 shooting performance along with 15 rebounds and 5 assists.

This performance would once again give Miami the momentum they needed to finish off the series and appear in their 2nd straight NBA Finals, where LeBron would finally earn his first NBA Championship after defeating the Thunder in five games.