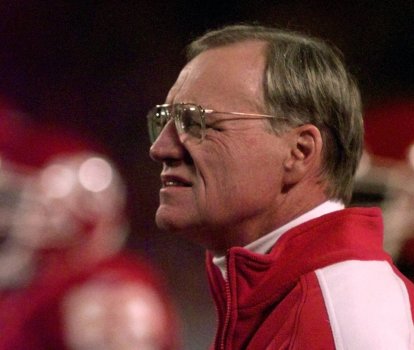 Marty Schottenheimer, who spent over two decades in the NFL with the Cleveland Browns, Kansas City Chiefs, Washington Football Team, and San Diego Chargers, passed away on Tuesday after a long battle with Alzheimer’s disease, per former Kansas City publicist Bob Moore.

Over his 21 years as a head coach, Schottenheimer posted impressive records everywhere he went:

Everywhere the head coach went, he implemented his “Martyball” playing style that focused on a hard-nosed run game and tough defense.

Despite posting an impressive regular season record, the head coach struggled to get over playoff woes. Having lead the Browns, Chiefs, and Chargers to playoff berths, the legendary coach never made it to a Super Bowl. Schottenheimer led the Cleveland Browns to consecutive AFC Championship games, but fell both times to a John Elway-led Denver Broncos team due to the infamous plays known as “The Drive” and “The Fumble.”

Although Schottenheimer never got past multiple playoff struggles, he will undoubtedly be remembered as one of the most respected head coaches in NFL history, and will likely see a spot in Canton one day from his regular season record alone.

For more on the current state of NFL coaching, click here.

Back Sports Page Presents A New Episode of The Man to Man Podcast Episode V: Tom Gets Another
Marty Schottenheimer Passes Away at Age 77