Leonard Williams Plays His First Game in Blue and White 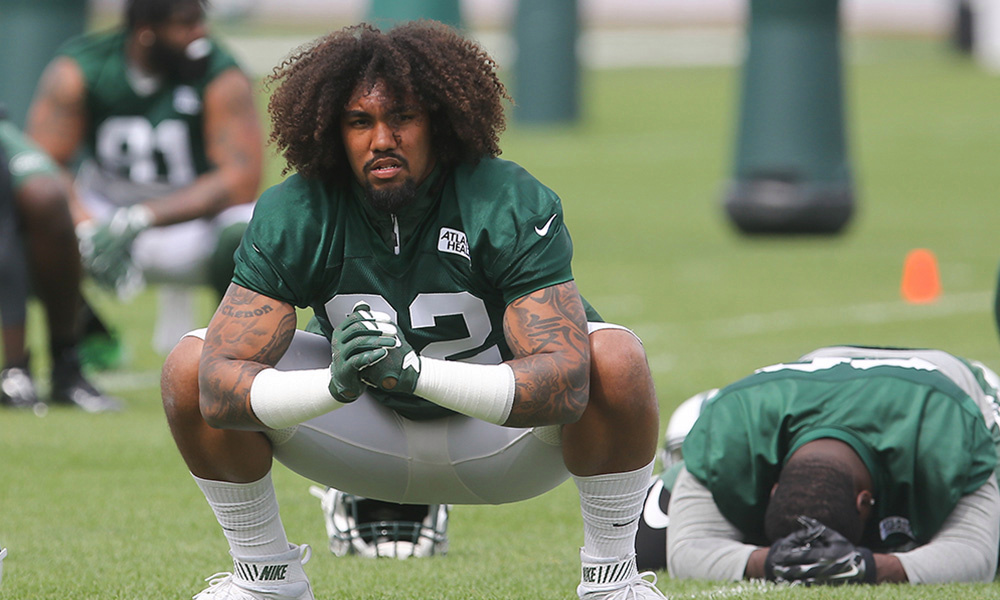 Leonard Williams played his first game as a New York Giant Monday night vs the Dallas Cowboys. He recorded 1 tackle and 2 assists. The 25 year old was just traded to the team from the New York Jets. He was the 6th overall pick in the 2015 draft.

“I don’t know, man, it feels different.” Leonard on running out of a different tunnel and being in a new locker room. “There’s really not that much to say about it. I was so used to parking in the parking lot, going this way and luckily, I’m still in Metlife and I’m still familiar with the stadium and the field and all of that type of stuff, but it definitely felt different.”

Williams was on the field for most of the game. He lined up alongside Dexter Lawrence and BJ Hill on the D-Line. He didn’t make many impact plays, but it was his first game, and he still needs to get used to the new defense.

“Yeah, I feel like I was out there a lot. We had a good rotation, which I like. I still need to pick up the defense a little bit faster so I’m not hesitating so I can play a little bit faster and not rely on my teammates to tell me a play here and there when I forget. I just got on the team, so I’ve been quickly trying to learn my teammates and the defense as soon as possible.”

The Giants defense got shredded for 172 yards on the ground. Elliot ran for 139 himself. He averaged 6 yards a carry. Leonard Williams, now being a part of the D-Line, acknowledged that it was partly their fault.

“I’m not sure. I still have to get on film and see exactly what happened.” Williams on why they couldn’t stop the outside runs. “Obviously the d-line is always going to say it’s on us. We want to take the blame for anything on the run and we’re going to put it on our back and try to fix it. But at the same time, we have to watch film, it’s going to be a short week so we just have to have a 24-hour rule, quickly get this out of our system and get on to the next game.”

Speaking of the Giants next game. The Giants and Jets will square off in week 10 at MetLife Stadium. The Giants sit at 2-7 and the Jets are 1-7. Leonard Williams will be going up against the team that just shipped him away.

Leonard is excited and a little bit weirded out about next week.

I think next week will be a little odd. One, being that the Giants and Jets don’t normally play each other in the season, so it’s like ironic that the one time they do make a trade together, we play them in the same year after the trade. But at the same time, I think I’ll be more comfortable with my teammates, more comfortable with the defense and I’ll be able to play faster next week.”

Leonard had a decent career for the Jets. He played 72 games and recorded 17 sacks, 123 solo tackles, and 2 forced fumbles. They expected more from their 6th overall pick, but sometimes players don’t live up to expectations. Maybe the trade to the Giants will spark Leonard, and we will see an improvement throughout the rest of his career.

Even though he was traded don’t think Williams wasn’t watching the winless Dolphins beat his former team on Sunday. “I watched some of the highlights of the game, yeah.”

Leonard Williams clearly recognizes that his first game with the New York Giants was far from what we can expect with him for future games. Any time a player gets traded it will take some time for them to get acclimated to the new system. I like his positivity and responsibility he is taking as he begins a new chapter in his young career.