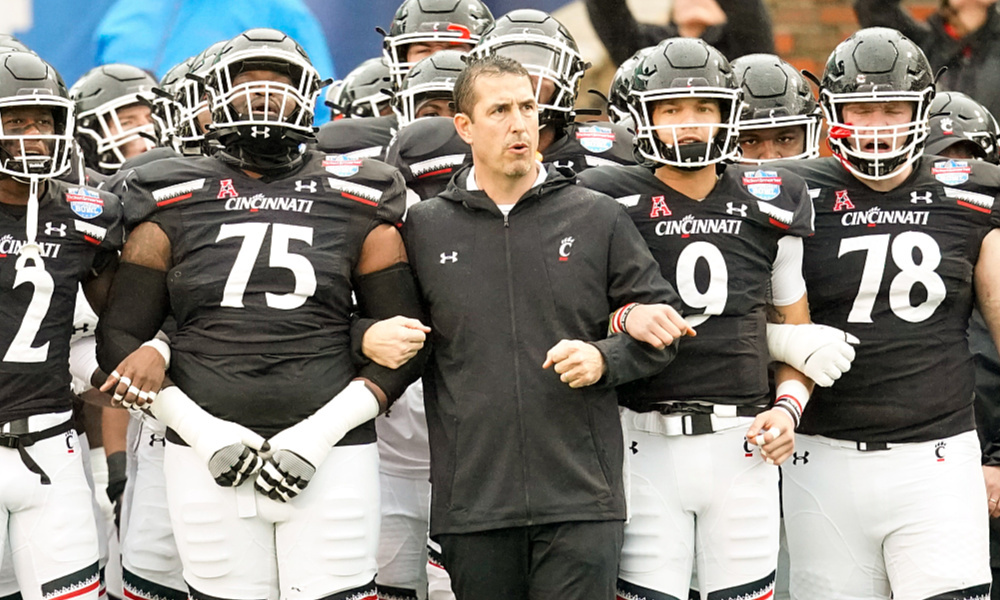 On Sunday around evening time, the South Carolina Gamecocks parted ways with former head coach, Will Muschamp. This move to part ways with Muschamp, comes on the heels of the Gamecocks 59-42 loss to Ole Miss on Saturday. It was the Gamecocks third loss in a row. South Carolina has given up a total of 159 points during this slide, and gave up 708 total yards to the Rebels on Saturday. Muschamp was in his fifth season at the university, with an overall record of 28-30. According to the term’s of Muschamp’s contract, his buyout was in the $15 Million range if he were to be fired by the end of the season.

We all know what happens when one coach goes down, the rest of the country fall like dominoes with coaches and universities parting ways all around the country. Some names to keep an eye on for the open South Carolina job are Liberty’s Hugh Freeze, Coastal Carolina’s Jamey Chadwell, and Louisiana’s Billy Napier. Now that one coach has fallen, let’s take a look at some other coaches who could part ways with their universities this year.

Coaches on the Hot Seat:

Michigan Head Coach Jim Harbaugh: The big question for the Wolverines surrounding head coach Jim Harbaugh is this: can Michigan hire a better replacement than Jim Harbaugh? Also can Jim Harbaugh still get an NFL job of his choice after his terrible showing in the NCAA. Many people around the Michigan program put up with Harbaugh and his antics because he’s the best hire they can find. Harbaugh played for Bo Schembechler an Michigan from 1982-1986. He was drafted into the NFL by the Chicago Bears in the first round of the 1987 NFL Draft. He was the 26th overall selection.

Now getting back to Harbaugh’s Michigan tie ins, Michigan always likes to hire “Michigan Men” to their football staff. That means they like to hire Michigan graduates. In the beginning, the Harbaugh hire was deemed a perfect fit. Now-a-days fans have turned the other cheek and have come to dislike Harbaugh and his antics, along with the rest of the world. However, with that being said, with Michigan being at the level they are now, they probably won’t be able to hire anyone else who is a better fit. Also, on the other side of the spectrum, when Harbaugh was hired, he always had the option to return to the NFL, where many people said he could have any job he wants. I highly doubt that just about now. With the Wolverines now being a lower-tier big ten team, their options will be limited. Some names to look out for regarding Michigan if Harbaugh is fired are, Liberty Head Coach Hugh Freeze, Cincinnati Head Coach Luke Fickell, and possibly Iowa State’s Matt Campbell, who has midwestern roots in Ohio. I would say at this point that the chances Harbaugh is coaching Michigan next year are at about 88%.

Clay Helton Head Coach USC: Helton has seemingly been on the hot seat ever since he took the job at USC. Going into this year, many thought this could be Helton’s last chance to prove to the university that he deserves this job. Even though the Trojans have started out 2-0, they have been extremely lucky to do so. They scored two touchdowns in the final 1:32 last week to pull out the win versus Arizona State. They also needed another comeback this weekend to beat Arizona. There really aren’t a lot of replacements that come to mind right away except for one: Urban Meyer. After Meyer left Ohio State, many pundits thought the only job that could pull him out of retirement was the USC job. He would be the name on top of USC’s wish list, but Meyer’s former defensive coordinator Luke Fickell could also make the list, after the season that Cincinnati has had. Chances that Clay Helton is on the USC sidelines next year is 68%

Tom Herman Head Coach Texas: The Tom Herman era in Longhorn country has been pretty close to a failure. Herman has gone 30-17 at Texas, with many calling for his job in the Longhorn State. Herman was a great coach at Houston, going 22-4 over two years. However, the bright lights of Texas may have taken a toll on Herman. Obviously this is Texas, so they think they can just pick any name and they’ll drop everything and come to Austin, Texas. Maybe that used to be the case, but not anymore. So for all you over-confident Texas fans, no you are not plucking Urban Meyer out of retirement, or luring Nick Saban away from Alabama. Those are pipe dreams for Texas. Some more plausible names to keep an eye on are Oklahoma Head Coach Lincoln Riley, Cincinnati Head Coach Luke Fickell, and possibly current Kansas Head Coach Les Miles.

On Tuesday Night Akron Will Travel 10 Miles Down Route 59 To Take On Kent State in One of the NCAA’s Most Underrated Rivalries
The Battle for the Wagon Wheel: Golden Flashes Put Up 750 Total Yards En Route to 69-35 Victory Over Rival Akron