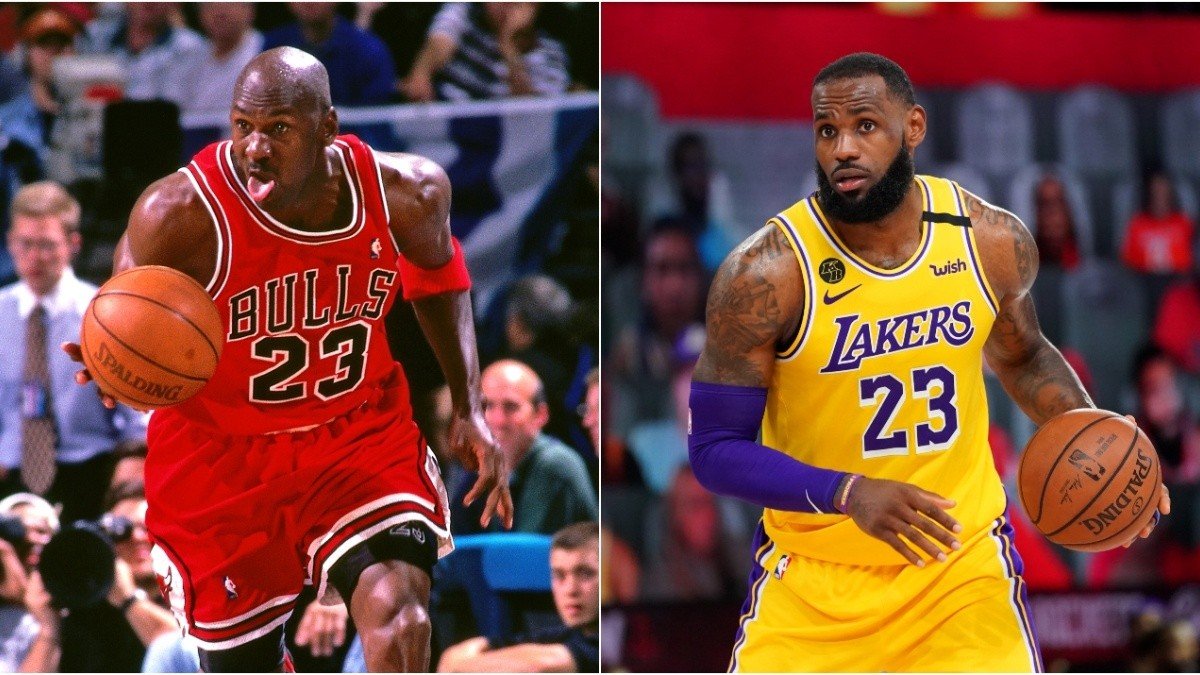 The debate around the greatest basketball player ever is sort of like the World Cup–it emerges every couple of years in the summer and is promptly forgotten after a month or so. In 2016, a select few were comparing Stephen Curry to Michael Jordan (for the record, I don’t endorse this, even as a lifelong Dubs fan).

In 2018, after LeBron James led a hapless Cleveland Cavaliers team to the NBA Finals, the debate emerged again, with MJ doubters coming in greater numbers. Still, the dust more or less settled after the offseason that King James hadn’t quite reached the mountaintop. Two years later, James has donned new team colors and won a fourth ring, seemingly unleashing the largest and most intense GOAT debate ever to be held in the mediasphere.

Everyone seems to be getting in on this: ESPN, John Legend, your aunt who only sends emojis to your family group chat. Hell, even CNN ran a headline declaring LBJ as the GOAT. After 24 hours of takes, one thing is for sure. The GOAT debate is over. The answer here is clear.

But not in the way that you may think. The GOAT debate isn’t over because one of James or Jordan has won it–it’s over because the debate itself is massively flawed. This stems from the fact that there’s no concrete definition for what is being debated: if @lakersbandwagon says someone is the best player of all time, that could entail who they think is the most accomplished, most skilled, or most successful.

These are all completely different things, yet they all fall under the umbrella of the GOAT debate with no way of determining which is more important. That’s not to mention the fact that you inevitably have to compare across eras, rule changes, and differing access to technology and healthcare.

Here’s where I land on the James-Jordan paradigm. If I had to bet my life on either of them to win me a singular basketball game, I would wager on MJ ten times out of ten. I had a lot of problems with the Last Dance, most notably the fact that the breakup of the team was entirely blamed on Jerry Krause and not at all on owner Jerry Reinsdorf, who just so happened to play a role in the promotion of Disney CEO Bob Iger.

That being said, if it didn’t sell you on MJ as the ultimate competitor, there’s a lab at Johns Hopkins waiting to study you. The man is undefeated in the NBA Finals–even Bill Russell dropped one of his 12 shots at a ring. As far as winning a single game of basketball goes, nobody is touching MJ.

However, if I had to pick which one of the two candidates has the better resume, it’s LeBron, hands-down. Jordan was the best player in the NBA for ten seasons. James already has fifteen such seasons to his name, and he’s still going strong. At the end of his career, LeBron will have shattered every record imaginable–All-Star appearances, regular season and playoff scoring titles, Finals appearances, you name it.

His longevity may very well be his greatest asset–he somehow has never missed a playoff game, despite leading in all-time playoff games played. Having done all that without taking a two-year break like Jordan provides even more weight to the James side of things.

So there you have it. LeBron has the greatest career of all time, and Jordan is the greatest in a single-game sample. Whether that makes one of them the GOAT is useless- that just depends on which of those factors you think outweighs the other, a balance that will never reach a consensus.

So let’s stop worrying about who the GOAT is and start appreciating greatness while we still can (somehow we didn’t learn this lesson with Kobe). Until that happens, let me grab my coat– I’ll have to shout the case for Steph Curry from the rooftops until everyone realizes just how useless this debate is.

What’s Next For the Lakers? Here’s What The Future Looks Like
A Letter To LeBron James