Fourth & Long: The Time Has Come, Let’s See Who Will be Competing for A National Title in 2021 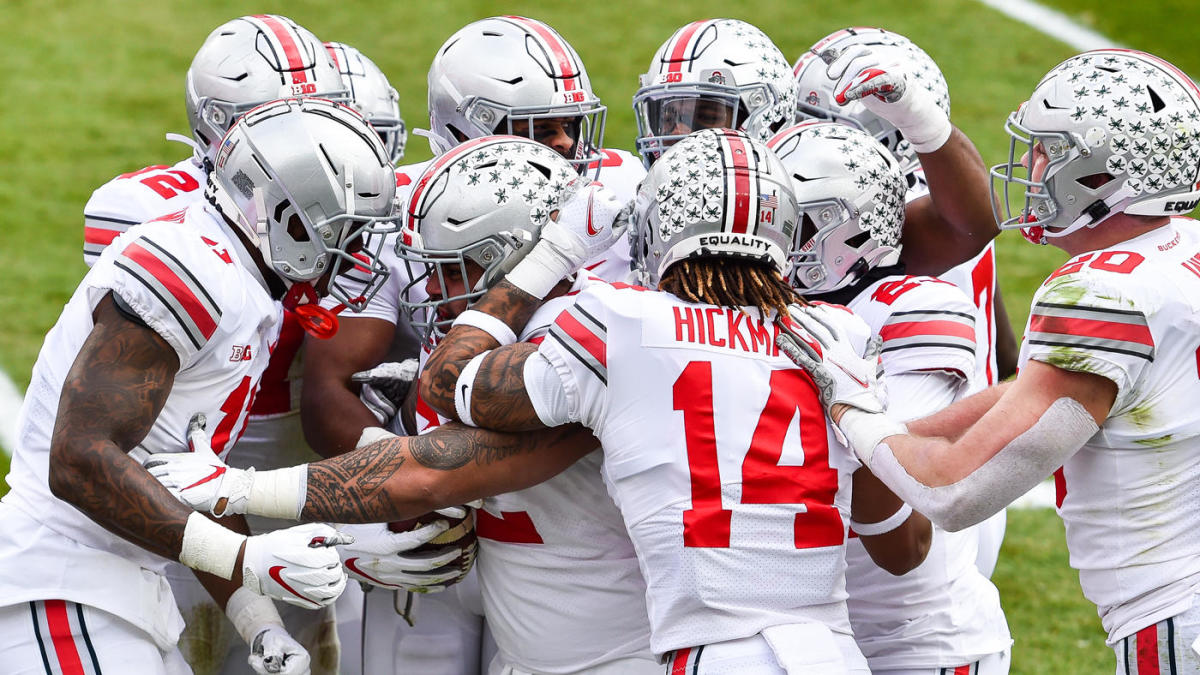 What a great day of football we had on Saturday! In the B1G Championship the Buckeyes of Ohio State overcame a 10-6 half-time deficit to beat Pat Fitzgerald’s tough Northwestern team 22-10. Trey Sermon had a career day rushing for a B1G Championship Game Record 331 yards and two scores.

In possibly the biggest match-up of the day, Clemson blew Notre Dame out of the water in the ACC Championship 34-10. Clemson Quarterback Trevor Lawrence did his best to sway Heisman Voters, throwing for 322 yards and two touchdowns, on 25-36 passes.

Also in the Noon ET time slot on Saturday was the Big 12 Championship between Iowa State and Oklahoma. The Sooners held off a come-back attempt from the Cyclones to win the Big 12 for the sixth straight year. Lincoln Riley’s talented offense was led by quarterback Spencer Rattler, who threw for 272 yard and a touchdown. He also added a rushing touchdown. Sooner running back Rhamondre Stevenson pitched in 97 yards rushing on 18 carries.

In the later games, it was all chalk. In the SEC Championship, Florida gave Alabama all they could handle, but in the end the Crimson Tide squeaked past the Gators 52-46. Alabama’s offense was lethal all night. Mac Jones solidified his Heisman Candidacy throwing for five touchdowns. Devonta Smith may join Jones in the Heisman Race, as he caught 15 balls for 184 yards and two touchdowns. The third head on the offensive three-headed monster that is Alabama, running back Najee Harris, totaled five touchdowns in the game.

Finally, in maybe the best game all day, Cincinnati needed a 34-yard field goal by kicker Cole Smith as the clock hit zero, to beat the Golden Hurricanes 27-24. Bearcat Quarterback Desmond Ridder passed for 269 yards and a touchdown. Ridder also scrambled into the end zone for a rushing touchdown. Bearcats Wide Receiver Alec Pierce had a career day catching five passes for 146 yards.

Well, all the teams can do now is wait. Will the committee view Notre Dame’s win over Clemson without Trevor Lawrence as a good win, or a coincidence because the Heisman Contender Lawrence didn’t play. Does the committee think Texas A&M’s 8-1 SEC record, with its only loss to (1) Alabama when they had Jaylen Waddle, is better than the ACC slate Notre Dame played. The Buckeyes only played six games, but won them all. Is it enough to earn a chance to play for a championship. The only two locks seem to be (1) Alabama and (2) Clemson. All the Aggies, Buckeyes, Bearcats, and Sooners can do is wait.

Waiting on 4, 5, 6. No surprises here, everyone kind of expected Ohio State to be in the fold after they stayed in the Top-4 last week without playing a game. Alabama and Clemson as 1 and 2 is also no surprise. Alabama finished undefeated again in the toughest conference in America. Clemson was fully healthy yesterday when they played Notre Dame and crushed them. UPDATE: 4. Notre Dame.

Notre Dame becomes the first team to lose on championship Saturday to go on and still make the playoffs.

The Aggies did everything they could, but still needed help to get in on Sunday, and they did not get that help. Great season for Jimbo Fisher, and a great senior campaign for Aggie gun-slinger Kellen Mond.

The Committee LOVES Oklahoma and I don’t know why. They had two bad losses this year versus Kansas State and Iowa State. This will continue to bother me throughout the bowl season and the off-season. What is the committee’s infatuation with Lincoln Riley and the Sooners. Cincinnati did everything they could and finished with a conference championship, and undefeated, only to be ignored by the money-hungry Playoff Committee.

Well, there you have it! In the Rose Bowl* , two legendary programs will meet for a spot in the title game. (1) Alabama and (4) Notre Dame are two of the top five programs in the country, ranking 3rd and 5th respectively. This year’s “Rose Bowl” will not be played in the legendary “Rose Bowl” Stadium this year. With California not allowing crowds at the semi-final match-up, this game will be played in Arlington at AT&T Stadium, or better known as Jerry’s World.

In the Sugar Bowl, we have a re-match of last year’s Playstation Fiesta Bowl. (2) Clemson will take on (3) Ohio State again this year. The Buckeyes led at one point last year 16-0 before cornerback Shaun Wade was ejected for targetting, and the whole game swung in Clemson’s direction. Clemson ended up going on to win the game 29-23, with Buckeyes quarterback Justin Fields throwing an ill-timed interception with 40 seconds remaining in the game. Clemson would go on to lose badly to LSU in the National Title 42-25.

Make sure you tune in this week on Tuesday afternoon as the Fourth & Long fellas discuss these final rankings, do a quick preview of the match-ups, and just recap a crazy college football season. The results are in, folks, it’s (1) Alabama, (2) Clemson, (3) Ohio State, and (4) Notre Dame who will compete for the title in 2021!