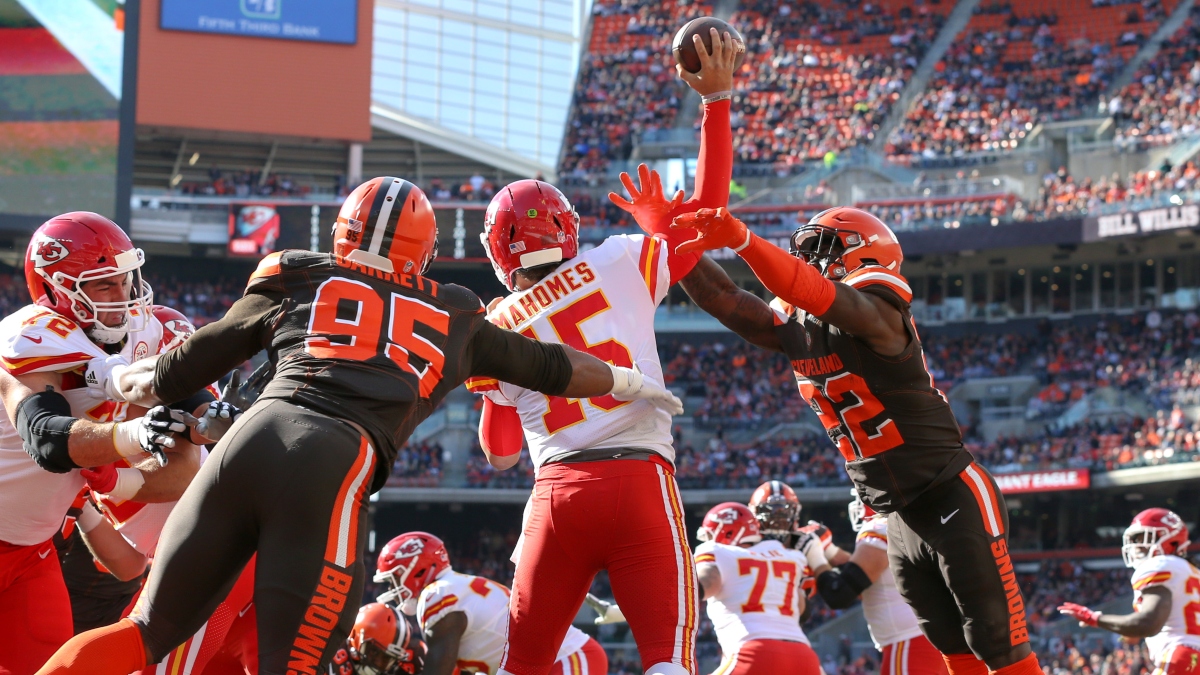 Most everyone in the country knows that the Big 12 Conference really plays no defense. Oklahoma, Texas Tech, and TCU are teams that put up a lot of points, but don’t play a lick of defense. Well we’re lucky Baker Mayfield and Patrick Mahomes played each other in 2016, while both were still in college.

Anyone in attendance during the 2016 match-up between Texas Tech and Oklahoma, saw one of the most impressive offensive outputs ever seen in college football. Baker’s Sooners ended up beating Mahomes and the Red Raiders 66-59. However, the final score doesn’t matter at this point, but just looking at the box score will make you jaw drop.

It was an offensive showcase for Mahomes and Mayfield back in 2016. It also seems like that could be the way Sunday’s game goes. In the game, Baker Mayfield completed only 27 passes, but they went for 545 total yards and seven scores. Mahomes on the other hand, had to be hurting after this game after throwing the ball 88 times, which is second all-time in college football. Mahomes also rand for two scores, and in the end he totaled 819 yards, the most in college football history.

Who knows what will happen when the two meet again on Sunday. The last time these two met in the NFL in 2018, the Chiefs put 37 points on the board, and Mahomes threw for 375 yards and three touchdowns in the Chiefs 37-21 victory over the Browns. Be sure to check out my live blog for updates and big plays along with injury news.