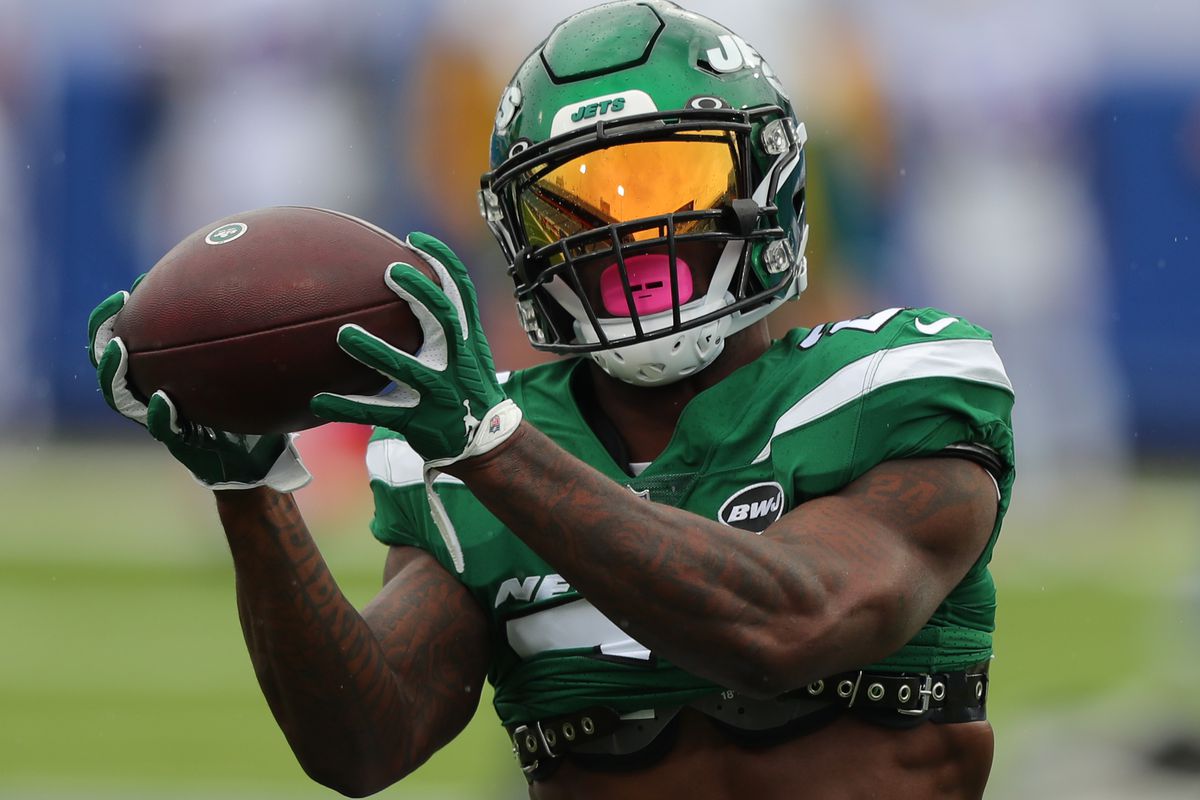 The New York Jets have cut three time Pro Bowl running back Le’Veon Bell. This comes hours after the team announced their intentions to trade Bell. When they failed to find a trade partner, the team decided to move on from the seventh year veteran.

Bell had a rocky start in New York, with the problems starting as soon as Head Coach Adam Gase was hired, where news broke that Gase would not have signed Bell. Since then, Bell has not produced in New York the way he was projected to, only playing in 17 total games for the Jets over two seasons, and tallying up an underwhelming 863 yards.

The most recent drama, that ultimately led to the release of Bell, took place on Twitter, where Bell liked and retweeted posts criticizing Gase: 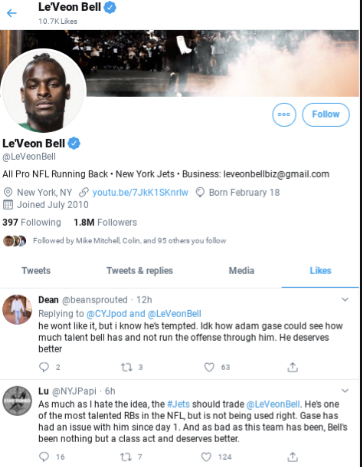 Gase responded to these tweets, saying “It is what it is. I know he’s frustrated we haven’t won.” Gase also stated “I hate that’s the route we go with all this instead of just talking to me about it, but that seems to be the ways guys want to do it nowadays.” 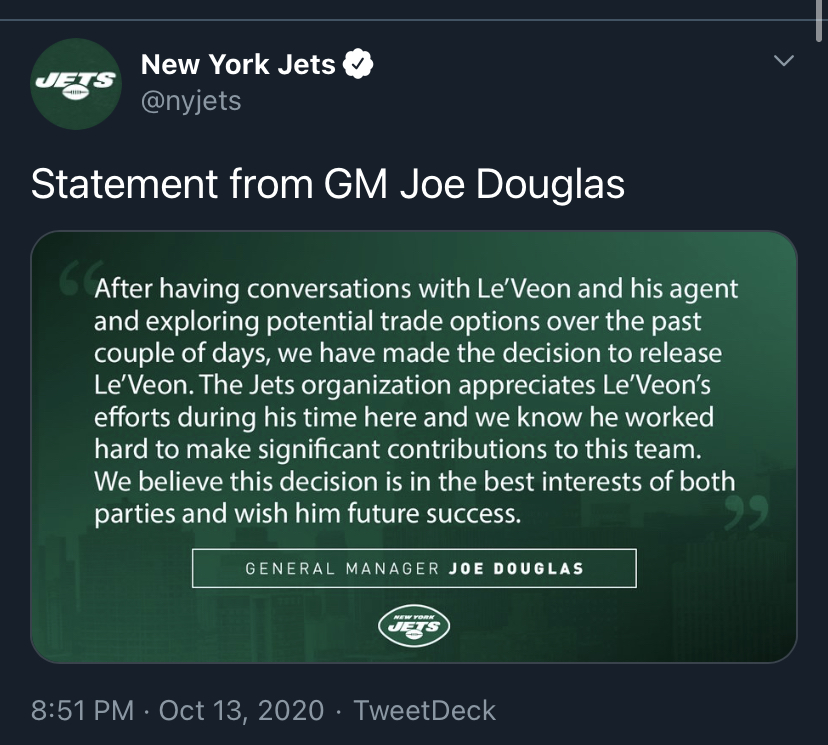 Bell now enters free agency for the second time in three years, where he will likely look to join a contending team. The main teams speculated to land Bell are the Seattle Seahawks, Arizona Cardinals, the Washington Football Team, or return to where he started his career with the Pittsburgh Steelers. The New York Jets are now left with legend journeyman Frank Gore, rookie La’Michal Perine, Josh Adams, and Ty Johnson to handle the rushing duties going forward.