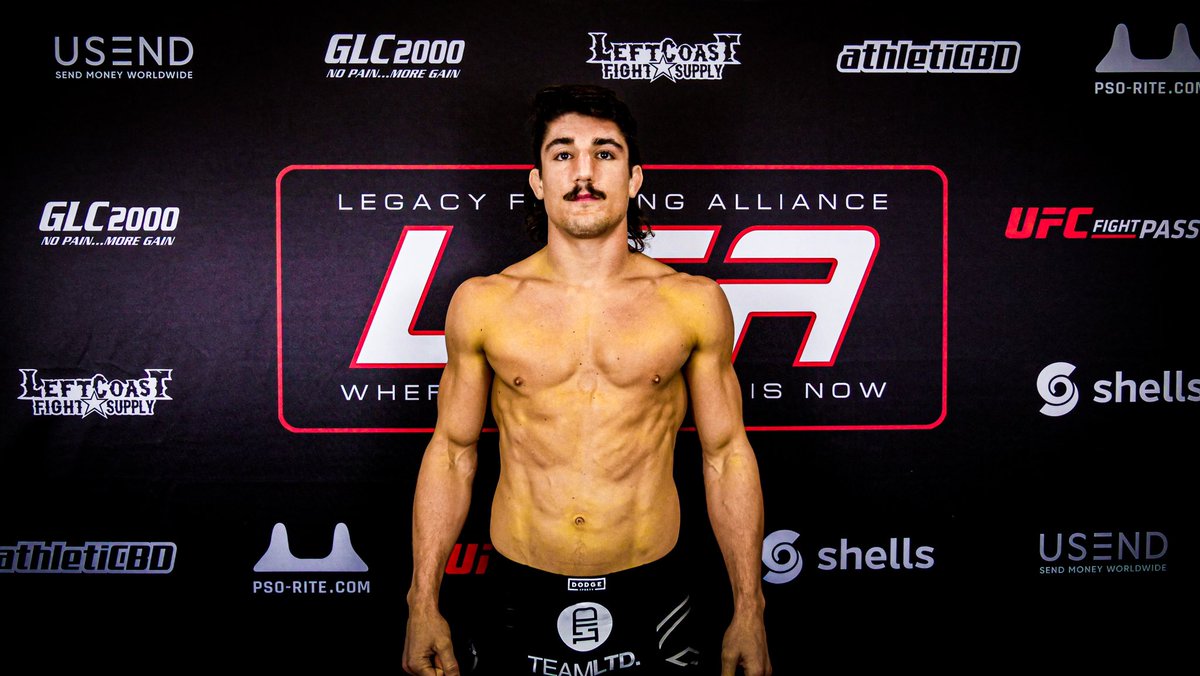 Canada’s Aaron Jeffery recorded his third straight victory last Friday by finishing Andre Petrovski in the second round. Next for him will either be a UFC debut or a LFA title fight.

“Yeah I don’t know man, a lot of people are saying I might be able to get the call now (from UFC), so fingers crossed for that,” Jeffery told me. “Sounds like LFA wants to give me a title shot. So if uncle Dana isn’t calling, maybe take the title shot.”

The 27 year old prospect has solidified himself as a bona fide finisher, and he’s looking forward to continuing to showcase that to his growing fanbase.

“I’m usually more technical than that,” Jeffery said in regards to Friday’s bout. “I think my last couple fights weren’t the most technical, I kind of grinded them out a little bit. I finished all my wins except one… I’m a finisher for sure. I’m a well-rounded, exciting fighter,” he concluded.

Jeffery’s minor setback in 2019’s Contender Series defeat to Brendan Allen only made him more motivated. It also made him realize that he can be in there with the best.

“It was definitely a motivator to get to that level and have it taken away. I felt good with him (Allen) up until he caught me with that knee, so it made me learn that I can be in there with those types of guys.”

Fighting well against both Brendan Allen and Sean Brady has Jeffery feeling confident heading into this stage of his career.

“I think it’s more of a confidence thing more than anything,” he said. “Being in there with tough guys and feeling how I felt against them… yeah I think it just showed me I’m where I’m supposed to be.”

Aaron Jeffery has big goals within the realm of mixed martial arts, and when he sets his sight’s on something he goes after it.

“Everything I do in life I try to do it to the best of my abilities. I don’t like to half-a** stuff so I’m just putting in as much work as I possibly can and if that gets me to the top that’s awesome, but later on at least I know I tried my hardest at it.”

The young middleweight is looking to make some big things happen very soon. Make sure not to miss his next bout; whether it’s in the UFC or LFA, because you can almost guarantee a finish.

The Only Missing Piece The Lakers Need To Repeat
Big Blue Report: Giants Collapse VS Eagles 22-21