Locust Breaks Barriers In The NFL 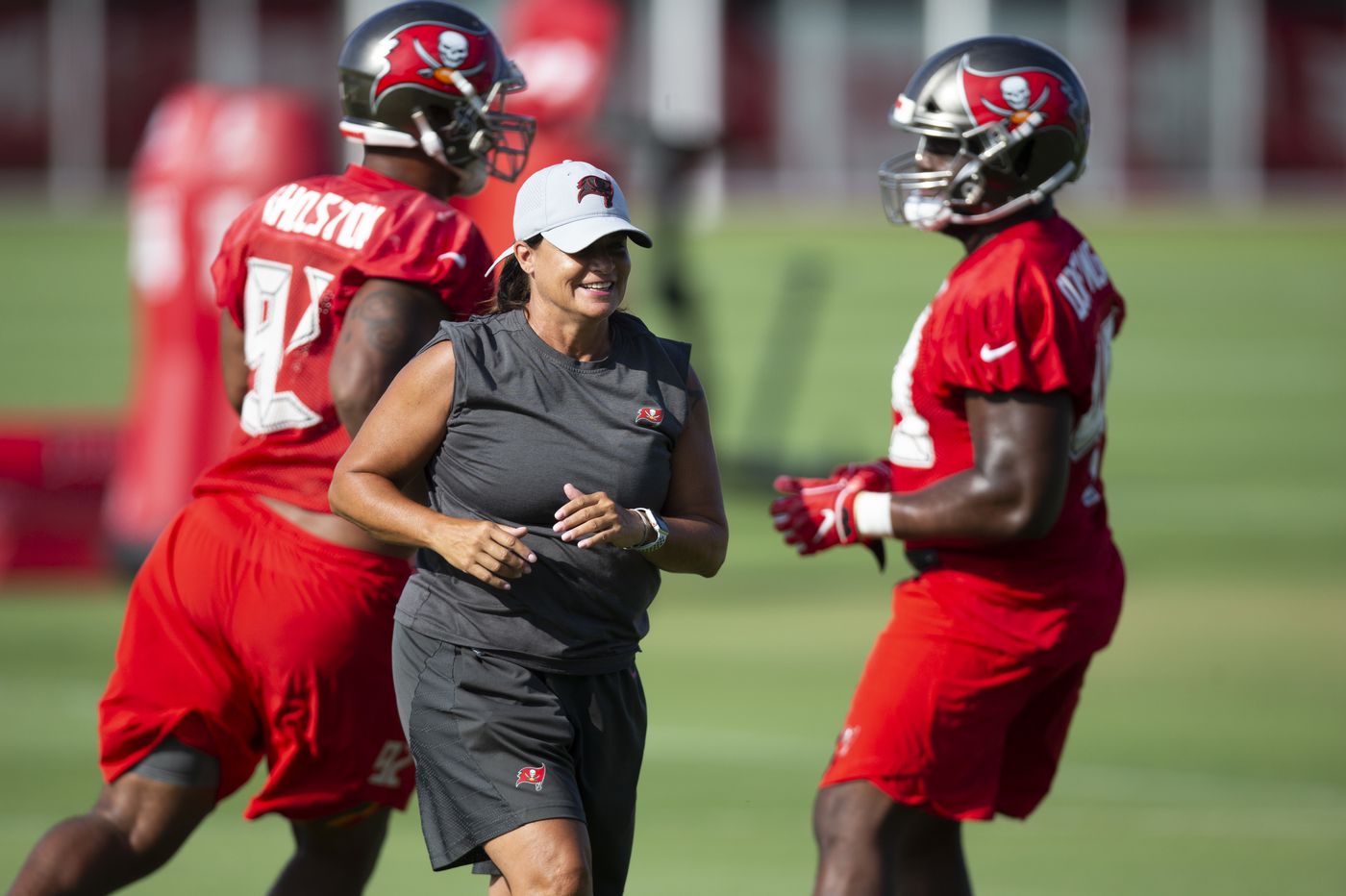 Coach Lori Locust got a late start into the realm of coaching, but now finds herself coaching the Tampa Bay Buccaneers defensive linemen in the biggest game the NFL has to offer: the Super Bowl.

She explained, in her media availability that, that she “just wanted to play football”, but injuries limited her time on the gridiron. But that set-back led to something even greater, as she explained “they allowed me to coach [my] womens’ team… that’s when I got bit by the bug.”

Adding, “it was a late epiphany that I wanted to coach.” Locust joins a small sorority of females that have executed coaching duties at the Super Bowl.

“There’s a blessing and a curse to media coverage in regards to women coaches. What it looks like, sometimes, is that we’ve just sprung up out of
nowhere, whereas there are hundreds of women that are at various levels of football… they’ve been earning their positions on their own without any help from anyone else.

Where this starts to take shape is the pipeline that Sam Rapoport has championed and put together with the NFL.” Rapoport has developed, over the course of the last few years, an annual forum where women in football can network with each other and with staff from almost every, single NFL team.

Locust continued: “Before the pipeline was put into existence, it felt very isolating at times to be doing what I was doing. I thought I was making the right steps. [But, in terms of direction], I really didn’t have someone other than my male colleagues.

It’s so much more valuable when you’re sitting in a room with like-minded individuals and you can start to connect with other women…. with the league and with Sam. It’s very non-competitive: you’re not all vying for the same positions, but you’re gathering the information to take back to where you’re at currently. There is a framework provided.”

As far as the diversity on the Buccaneers’ coaching staff, Locust points to Bruce Arians’ leadership. “It starts with BA. It’s working… And hopefully it’ll set an example for the rest of the league to take notice and stop being, maybe so narrow, in their candidate search