Looking at the Sharks’ goaltending situation going into the offseason 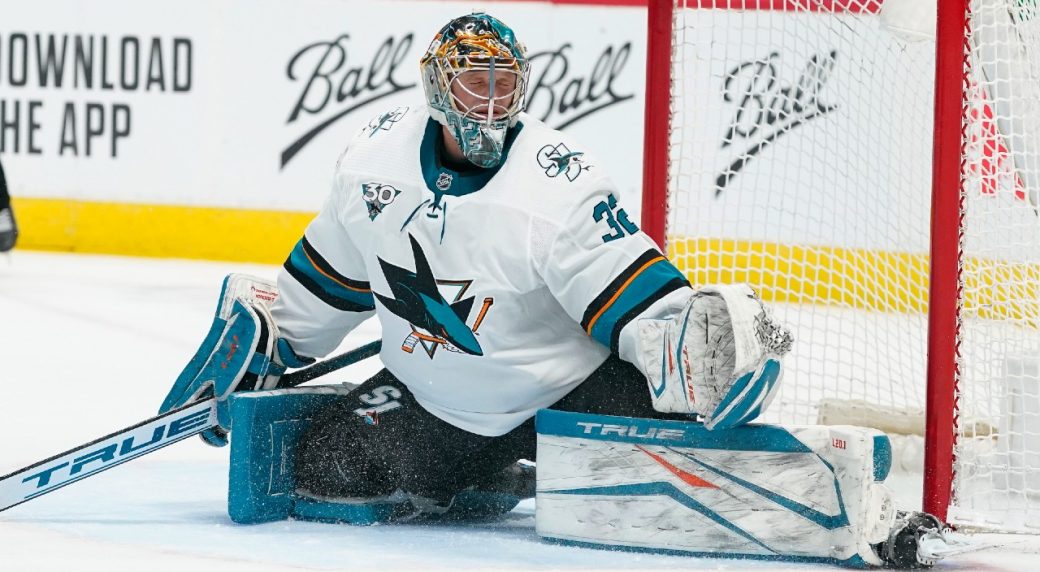 After another down year, the San Jose Sharks will have some decisions to make regarding who will be starting between the pipes on opening night in October.

Going into this past season the Sharks bought out Martin Jones and brought in 34-year-old James Reimer and 26-year-old Adin Hill. Reimer already had some experience in teal when he served as the backup to Jones during the Sharks’ run to the 2016 Stanley Cup Finals. Hill was acquired in a trade from the Coyotes and signed a 2-year contract with the Sharks.

Both Reimer and Hill had some impressive games during the beginning of the season. During the first few weeks of the season, it seemed as if either one could make the argument for the clear-cut starting job. Hill seemed to be showing signs of further development and progression but fell to a lower-body injury that would keep him out of the crease for the majority of the season.

Hill ended the season with a record of 10-11-1 with a save percentage of .906 and a 2.66 goals-against average. Personally, I wouldn’t be surprised if Hill were to remain as a Shark going into the 2022/23 season due to the less than ideal amount of ice-time Hill got last season. I believe Hill will be looking to prove himself as a starter on the Sharks.

The big decision seems to be with where James Reimer will land. Reimer was easily the Sharks’ best goalie during the 2021/22 season with a 19-17-10 record in 46 starts. Reimer posted a .911 save percentage and a 2.90 goals-against average. Throughout the season, Reimer kept the Sharks in games they were being vastly outplayed in.

With a great season by Reimer, the question will be do the Sharks keep him for the second and last year of his $2.75 million contract? Or put his name out to the trade market and see what assets teams would be willing to include in a trade for him.

There’s also Kaapo Kahkonen who posted a .916 save percentage and 2.86 goals-against average in 11 games played on the Sharks after being acquired in a trade for defenseman Jacob Middleton at the trade deadline. Kahkonen will be a restricted free agent this summer. The Sharks will have more time to get his contract negotiations up and running. Also, trading Reimer will free up the cap they’ll need to re-sign Kahkonen.

Most teams prefer to only have two set NHL goalies with two or three in the AHL and if the Sharks keep Reimer, Hill, and Kahkonen. One will get sent down to the minors at some point, and it’s unlikely any of them would clear waivers.

With the state the Sharks are in, I believe it’s in their best interest to trade Reimer for picks and/or a depth player and to keep Hill and re-sign Kahkonen. While they’re younger and have less experience than Reimer, it could be beneficial for the team if they develop into a solid 1A/1B tandem that can stick with the team for the foreseeable future.