Looking on the Bright Side: The Washington Wizards 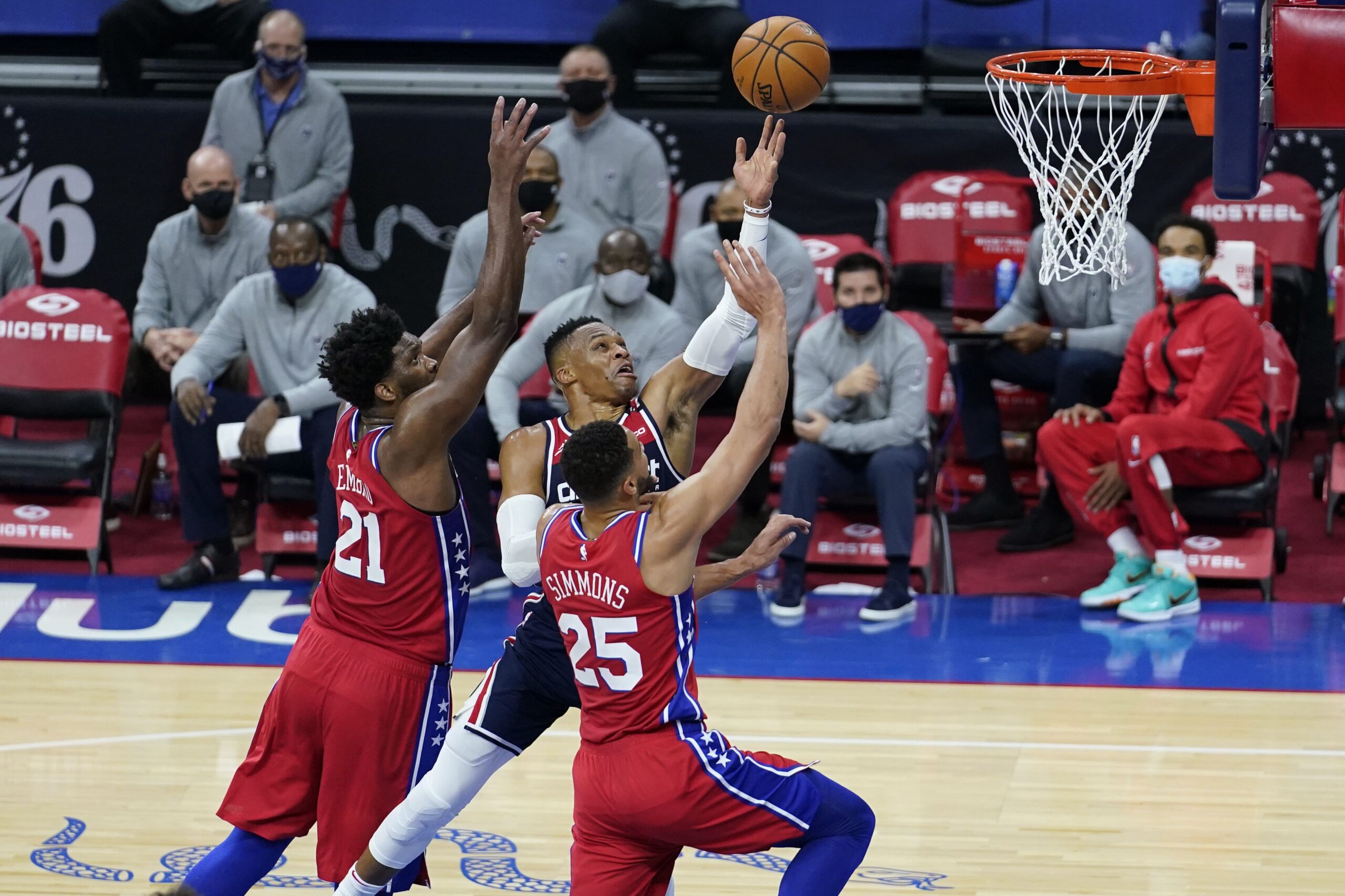 After winning Game 4 against the Philadelphia 76ers, the Washington Wizards are now down three games to one. With their backs up against the wall, many may be looking at the flaws of the Wizards, expectedly so.  However, this season and series should be looked at a bit differently. In the 25 games before the 76ers series, including the Play-In Tournament, the Wizards won 18 contests. That is exceptional for a team that had a 14-20 record before the All-Star Break.

During that last stretch of the season where the Wizards won 18 games, Russell Westbrook reemerged as a catalyst for the team. The chart below compares Westbrook’s averages, Pre- and Post-All-Star Break. There are striking differences, with every category showing some form of improvement or higher averages. IF this is any indication of how Russell Westbrook is going to play at the start of next season, Wizards fans are in for an enjoyable campaign.

These statistics do not account for one aspect of Westbrook’s game, and that is hustle. If there is one opinion that almost all die-hard NBA fans share, it is that Russell Westbrook is one of the hardest-playing players in the NBA. His hustle and grit are admired throughout the league. Those qualities are the ones that Westbrook’s teammates pick up on and model their games after.

For instance, Daniel Gafford was on the end of the rotation for the Chicago Bulls before getting traded to the Washington Wizards. With Westbrook and the Wizards, Gafford has proved to be, at the very least, a great backup to Thomas Bryant at the start of next season. Gafford could even compete for the starting role with the way he has been playing recently. This series with the 76ers has shown that he does not yet have the defensive skill set to compete with an MVP candidate like Joel Embid, but it has demonstrated his hustle.

This is the bright side that needs to be looked at. All of the younger players like Gafford, and Rui Hachimura are getting quality playoff experience while getting to learn and model their games after a former MVP in Westbrook. In Game 4, Hachimura grabbed 13 rebounds and scored 20 points, while hitting big shots down the stretch to seal the win over the Sixers.  Next season, Deni Avdija and Thomas Bryant will be back alongside the team. With these players being so young, any of them could have a break-out year next season and emerge as a third star next to Westbrook and Beal.

With Washington’s cap situation being so strained by the contracts of Westbrook, Beal, and Bertans, they will more than likely not be making any huge splashes in Free Agency this offseason. The Wizards could look towards free agents like Kelly Olynyk, who had a great stretch of games Post-All-Star Break, Cody Zeller, or Richaun Holmes. They could also take a swing in Restricted Free Agency with Lauri Markkanen or John Collins.

All of these players would look to command more than the Wizards have to offer with their limited cap flexibility. Most of them would have to come in the form of a sign-and-trade situation. These sign-and-trade scenarios would have to utilize the contracts of Davis Bertans or Thomas Bryant, which combined only account for 24 million dollars. The Atlanta Hawks love three-point shooting, which both Bryant and Bertans are above-average at, so a sign-and-trade with Collins for Bertans and Bryant could make sense for both teams.  But any of these players would help bolster the Wizards frontcourt, which is their biggest area of need.

In Game Four, the Wizards pulled out a win with Embiid going down with an injury early in the game. Look for them to carry this momentum into Game 5. If Hachimura or Gafford can play as they did in Game Four, look for the Washington Wizards to make the rest of the series competitive.