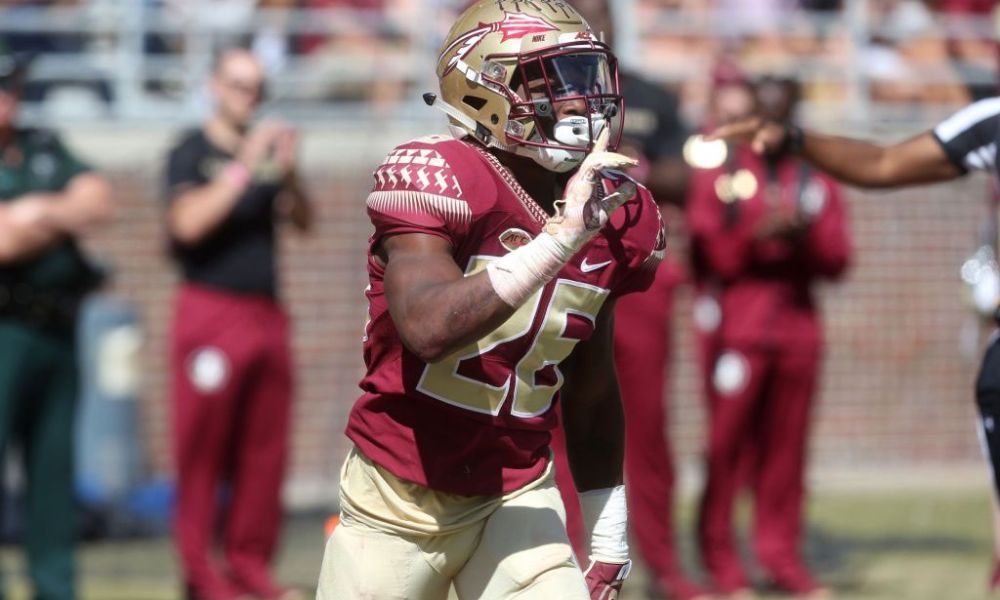 Heading into the 2021 NFL Draft, the Los Angeles Chargers had major holes holes to fill at left tackle and cornerback. Tom Telesco yet again showed why he’s a magician in the draft after selecting Rashawn Slater and Asante Samuel Jr. Both of these prospects were among the top at their position and so happened to fall right into the Chargers lap. However, the best thing about getting both of these players is that the team did not have to give away any capital.

There were multiple routes that the Chargers could have gone with the 13th overall pick. But they went with the most obvious choice in drafting Rashawn Slater. Finding their franchise left tackle is priority number one especially after the lack of production at the position the past few years. Although Herbert had a great rookie campaign, he did it with the worst offensive line according to PFF. The main goal heading into the offseason was to find protection for Herbert.

Draft analyst ranked Slater as either the number one or two left tackle in this year’s draft class next to Penei Sewell. However, it was mind boggling that he fell so much as he was projected as a top 10 pick. All credit goes to both the Dallas Cowboys for drafting Micah Parsons at 12 and the New York Giants who traded down with the Chicago Bears. These two teams were among the few that analysts had selecting Slater. Not to mention a big thank you to the Cincinnati Bengals for drafting Ja’Marr Chase instead of Sewell. Should Sewell had gone to Cincinnati, the Lions would have selected Slater.

Rashawn started three years at Northwestern before electing to opt-out for the 2020 college season. Slater has quite the resume, he was part of the All-Big Ten Team, Third Team All-Big Ten in his sophomore year and was named a consensus honorable mention All-Big Ten during his junior season. Should Slater have played the 2020 season, he was viewed as a potential All-American winner. During his junior year, Slater didn’t allow a sack in 11 games at left tackle. As well as one quarterback hit and five pressures that same season. Not to mention that Slater shutdown number two pick Chase Young in their matchup back in 2019.

Slater has all the tools to be successful for a long time in this league. He’s versatile in the sense that he can play either side of line and can play guard. But what makes this such a great pick are the veterans that are around him. With the likes of Corey Linsley, Matt Feiler and Bryan Bulaga, they will hold Slater accountable at all times and give him knowledge to succeed.

The Chargers needed to get younger at the cornerback position. With the likes of Casey Hayward and Chris Harris Jr. last year, the Chargers had one of the oldest DB core last season. After letting go of Casey Hayward and not signing anyone in the offseason, all signs pointed to the draft. And that is exactly what happened in the second round in the form of Asante Samuel Jr.

The name should sound familiar as his father Asante Samuel was among the best corners in the 2000s. There are similarities between both father and son. Both stand at 5 ’10 but play much bigger for their size. Not to mention that both have speed, awareness and ball skills. However, it isn’t just that alone that separates him from others. It’s the fact that he isn’t afraid to get down and make a tackle. One of the best qualities is that he makes open field tackles.

All the Tools To Succeed

Fellow Florida State Seminole Derwin James was excited about the selection and even lobbied Brandon Staley on the pick if Samuel Jr. was available.

“He’s always been in my ear,” said Samuel. “Like, he always wanted to play with me because he loved me. He just wanted to make sure that we end up on the same team, and I’m blessed to have him on the team. Just the older guy from FSU. Just blessed for the opportunity.”

Like Slater, Samuel Jr. has veterans to guide him along the way. Chris Harris Jr. is among those that should help Samuel Jr.’s growth in the NFL. Harris Jr. has done it all from winning a Super Bowl, to All-Pro selections to Pro Bowler. As well as Derwin James who is among the best safeties in the NFL when healthy. In addition playing under Brandon Staley’s scheme will bring the most out of Samuel Jr.’s talent.

Was Adam Gase Un-fire-able during the 2020 season?
The Man to Man Podcast Episode XXV: Are The Browns the Best Team Ever?