It’s been four years since the Los Angeles Clippers didn’t appear in the playoffs (2017-18) where they had an identical record to this past season at 42-40. The last time we saw LA in the playoffs, they had finally gotten over the hump of getting to their first Western Conference Finals appearance before falling in six games to the Phoenix Suns.

Looking forward to this upcoming season there will be a lot of positives for this team, as well as several key questions. 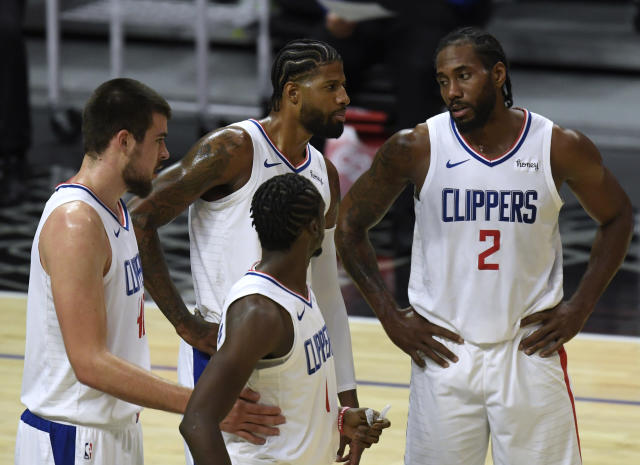 This took a toll on this team a year ago dealing with major injuries to their two best players, Kawhi Leonard & Paul George.

It is difficult for any team to contend in a tough conference without their best player Leonard (partially torn ACL) missing the entire season, and George only playing in 31 of a possible 82 (right elbow). George, also missed the second “Play-In” game against the New Orleans Pelicans because he tested positive for Covid-19. Head coach Ty Lue handled it as best he could under those circumstances. Now with a full year of recovery for Leonard should help immensely. People forget just three years ago he won his second championship along with his second Finals MVP for the Toronto Raptors. With a healthy George & Leonard, they will be able to compete with anyone.

2. Enough Minutes to Go Around?

With the mid-season trades acquiring wings Robert Covington & Norman Powell from the Portland Trailblazers before the deadline, signing 5x All-Star point guard John Wall this offseason who came over from the Houston Rockets, the growth of young players big man Ivica Zubac, guards Terrance Mann, Luke Kennard, and Amir Coffey, the veteran presence of flashy point guard Reggie Jackson who has become a fan favorite and helped keep this team in contention for a playoff spot last year despite teammates being shuffled in & out of the lineup, and wings Nicolas Batum and Marcus Morris Sr. and welcome back a healthy Leonard & George, will there enough minutes to go around? Losing Big Man Isaiah Hartenstein may prove to be a bigger deal than it has been given credit because he was active big that was able to come in and run the floor and he did a lot of positives to help the team win. They currently don’t have anther center on the roster.