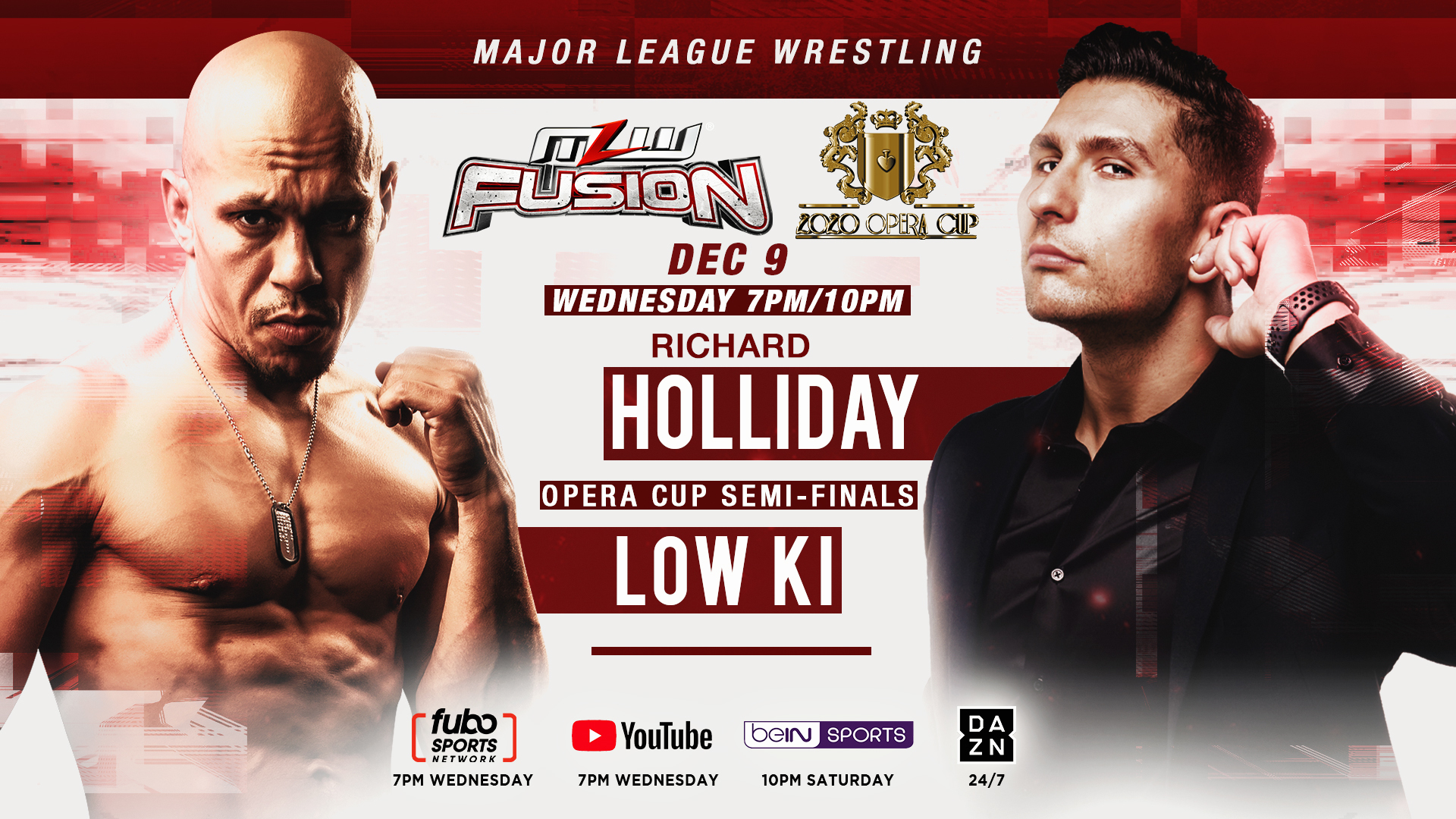 Following Low Ki’s victory over Davey Boy Smith Jr. [WATCH FOR FREE], the “Lone Wolf of Brooklyn” advances to the semi-finals where he will take on Richard Holliday for the first-time ever.

Holliday, having advanced with a win over TJP two weeks ago, has gone deeper in the tourney than he did last year. Could he be on a path to the finals?

“My team is working on a very lucrative sponsorship package once I win the Cup,” said Holliday.  With self-proclaimed “dynastic qualities,” Holliday sees the Opera Cup as a chance to cement his name forever in the sport – AND grab some prestigious sponsorships from Perrier and Rolex.

Low Ki, who has family in Puerto Rico, is not too happy with Richard Holliday disrespecting the IWA Caribbean Heavyweight title and Puerto Rico. Those close in his camp indicate he plans on tattooing Holliday with some heavy strikes to express his disdain for Holliday’s conduct.

Featuring 4 opening round bouts, the league has teamed up with international organizations to bring the best wrestlers from around the world to compete in the 2020 Opera Cup.

The winner of this bout will advance to the finals where he will fight either ACH or Tom Lawlor.

Held annually for nearly 50 years at various turn-of-the-century opera house locations from New York City to Boston, the Professional Wrestling Opera House Cup was a grueling multi-day tournament. In 2019 it was revived with MLW now the home and host for future Opera Cup tournaments.

MLW invites you to join us as we celebrate the sport’s oldest tournament this Wednesday on MLW FUSION at 7pm ET on YouTube, Fubo Sports and Pluto TV.

Fans can also watch nationwide on cable and dish via beIN SPORTS on Saturday nights at 10pm ET and on demand anytime, anywhere on

Oddsmakers Peg Vettori As Favorite Over Hermansson—Why?
Leon Edwards vs Khamzat Chimaev Off for UFC Vegas 17