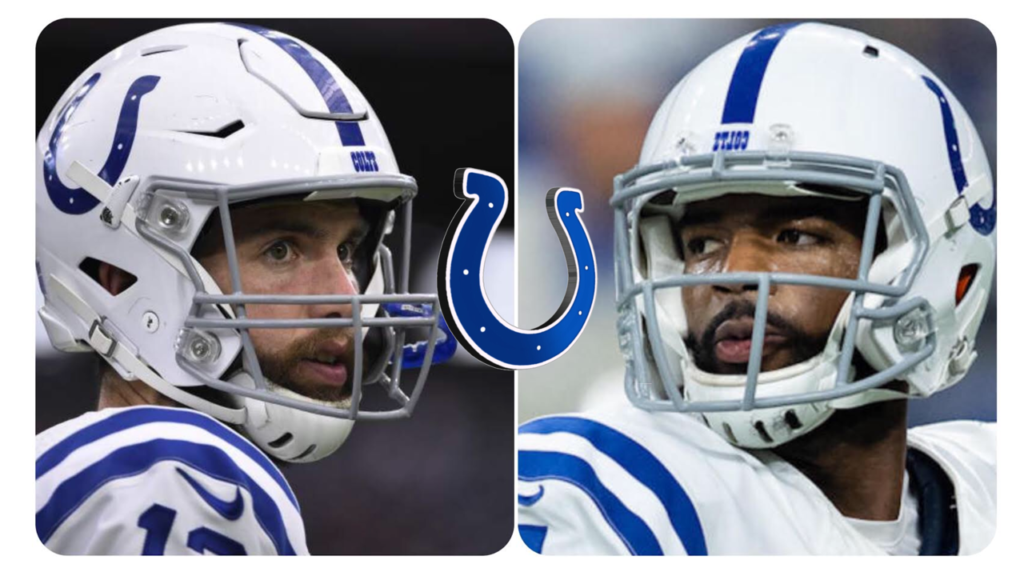 Hunter Thompson once said, “Luck is a very thin wire between survival and disaster, and not many can keep their balance on it.”

For someone named Luck – Andrew Luck, per se – it’s been a bit of both survival and disaster.

Luck hung up his cleats over the weekend because his survival has been a little of success and a little of disaster, at least when it comes to recovering from injuries.

Andrew Austen Luck made the decision to walk away from the game that’s put the butter on his bread for the last decade, particularly the last seven years in the National Football League, where he spent the entirety of his career with the Indianapolis Colts.

Luck’s success at Stanford made him the easy No. 1 pick of the 2012 NFL Draft, making it even easier for the Irsay family to part with Peyton Manning, who was coming off neck surgery.

Which begs the question:  What’s in the water in Indianapolis?

Moreover, I’d personally question how proficient the training and medical staff for the Colts is, to have two high-level quarterbacks go through such repetitive injury and less-than-successful rehabilitation.

While Andrew Luck will likely take a year away, and then likely join his father Oliver Luck in the revived XFL in 2020 (the elder Luck is the new XFL League Commissioner), the opportunity that Jacoby Brissett never would have gotten as Tom Brady’s back-up in New England is now thrust in his lap.

He’s in his second season with the Colts’ organization, backing Luck up in 2018 and into the 2019 pre-season.

Brissett is much less a household name than Manning or Luck, but may shine brighter than either given the opportunity he has before him.

Not only has Brissett been taking the snaps this pre-season to the tune of 66.7 percent completions through two games, 121 yards passing and a quarterback rating of 113.5, though the Colts have run up an 0-3 pre-season record thus far.

“I try to take full advantage of these reps,” a humble Brissett told media last week. “Every day is like a game to me.”

Except a week after saying that, Luck announced he isn’t coming back.

So Brissett is the No. 1 quarterback, for better or worse. It’s his moment to shine.

A kid from North Carolina State University – a young man who was raised by a single mother, who played basketball and football in high school, who backed up Andrew Luck through his injuries last year and who already has a Super Bowl ring – might stepping into the size 10s of his predecessor his most daunting task yet.

But for as much adversity as young Brissett has been through in life already, this may be as simple as taking the next step in the blessings of his young life, without the sense of entitlement people his age have these days.

The Indianapolis Colts have had some greats – Luck and Manning aside, they’ve had Jim Harbaugh, Jeff George, Jack Trudeau, Gary Hogeboom, and my first favorite quarterback from when I was a child, Johnny Unitas.

But today’s fan base and media are brutal to someone in such a public eye, with social media abuzz even today about Luck’s decision. Troy Aikman roasting Doug Gottlieb for Gottlieb’s attack on Luck’s decision to preserve his health. (Gottlieb called Luck out as a “millennial” who thought “rehabbing was too hard”).

Gottlieb’s ‘pro career’ was the USBL.

Other people posted such scrutinizing things like memes that inferred that Luck milked the Colts for $100 million over 7 seasons with a 4-4 showing in the playoffs and no conference championships.

Apparently no one saw the incredible story on 60 Minutes detailing former Atlanta Falcons linebacker Tim Green and his battle with ALS, which he attributes to going full steam ahead during his time in the NFL. After seeing that myself, I fully understand Luck’s decision and applaud him for it.

Hopefully, Jacoby Brissett knows all that lies ahead for him in a community that embraces and loves their quarterbacks, but scrutinizes them just as much – from fans to media.

He also has the chance to be someone special in his own right, given what he’s come up from all his life.

The life of Jacoby Brissett has had it’s ups and downs, serendipity and opportunity. He’s made the best and the most of every situation. His time, again, is now.

Call it good fortune. Call it a blessing. Or call it what it is …

It marches with those who give their very best.