Magic at the Garden 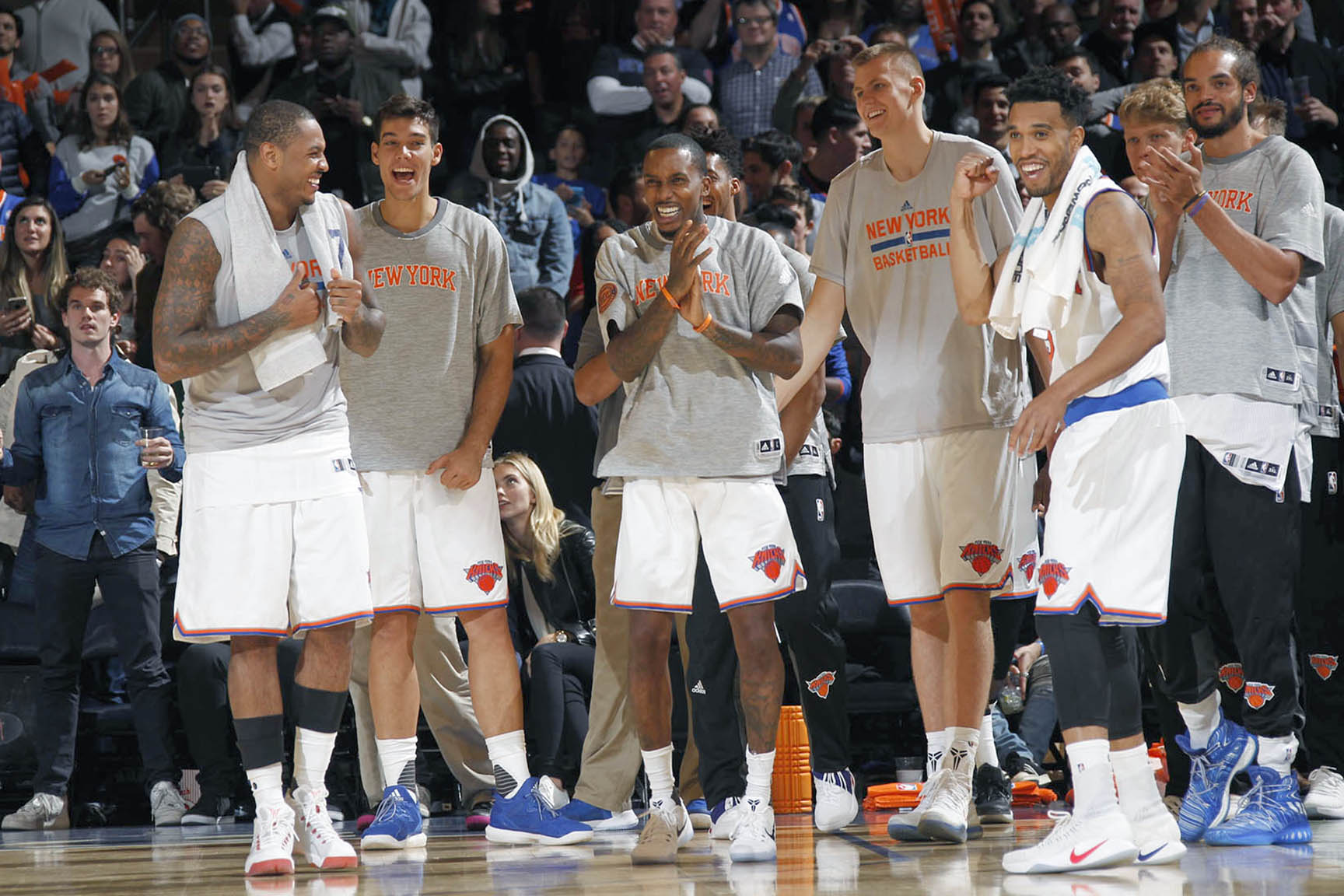 The weather in New York has been getting really cold, but thing are sure heating up around Madison Square Garden. That is because the NY Knicks are lighting up other teams night after night. Currently the team is on a 7-2 run after blasting away the Sacramento Kings on Saturday night by a score of 118-91. Kristaps Porzingins had another monster night leading all scorers with 34 points in just 27 minutes.

The Knicks currently sit at 7-5, smack in the middle of the elite eight in the eastern Conference. You may ask fans around the league that saw this hot start coming? The truth is not too many people. After unloading small forward super star Carmelo Anthony to the Thunder this off season, the Knicks were looking at another lottery campaign. But under new management, the team has put together a group of young a versatile players around the super star big man and given Knicks fans a glimpse of the future

This year’s Knicks Squad are in the top 10 ranking in several categories around the NBA. Knicks head coach Jeff Hornacek credits the teams early success on hard work and team communication, another bright spot has been the emergence of Forward Enes Kanter who was acquired in the Carmelo Anthony trade this off season. Kanter whose number is double zero, is currently averaging over 13 points and rebound a game while shooting 64% from the field.

Two new comers on Tim Hardaway Jr and Jarred Jack have really sparked energy into the starting lineup. NBA journey man Michael Beasley who was added to the roster this off season, had played a pivotal role in the Knicks Rotation as well. 6’11 center Joakim Noah will be returning to the Knicks this week after being suspended 20 games without pay for violating the league’s anti-drug policy last season.

Celtics in 7?
Cousins to the Cavs?