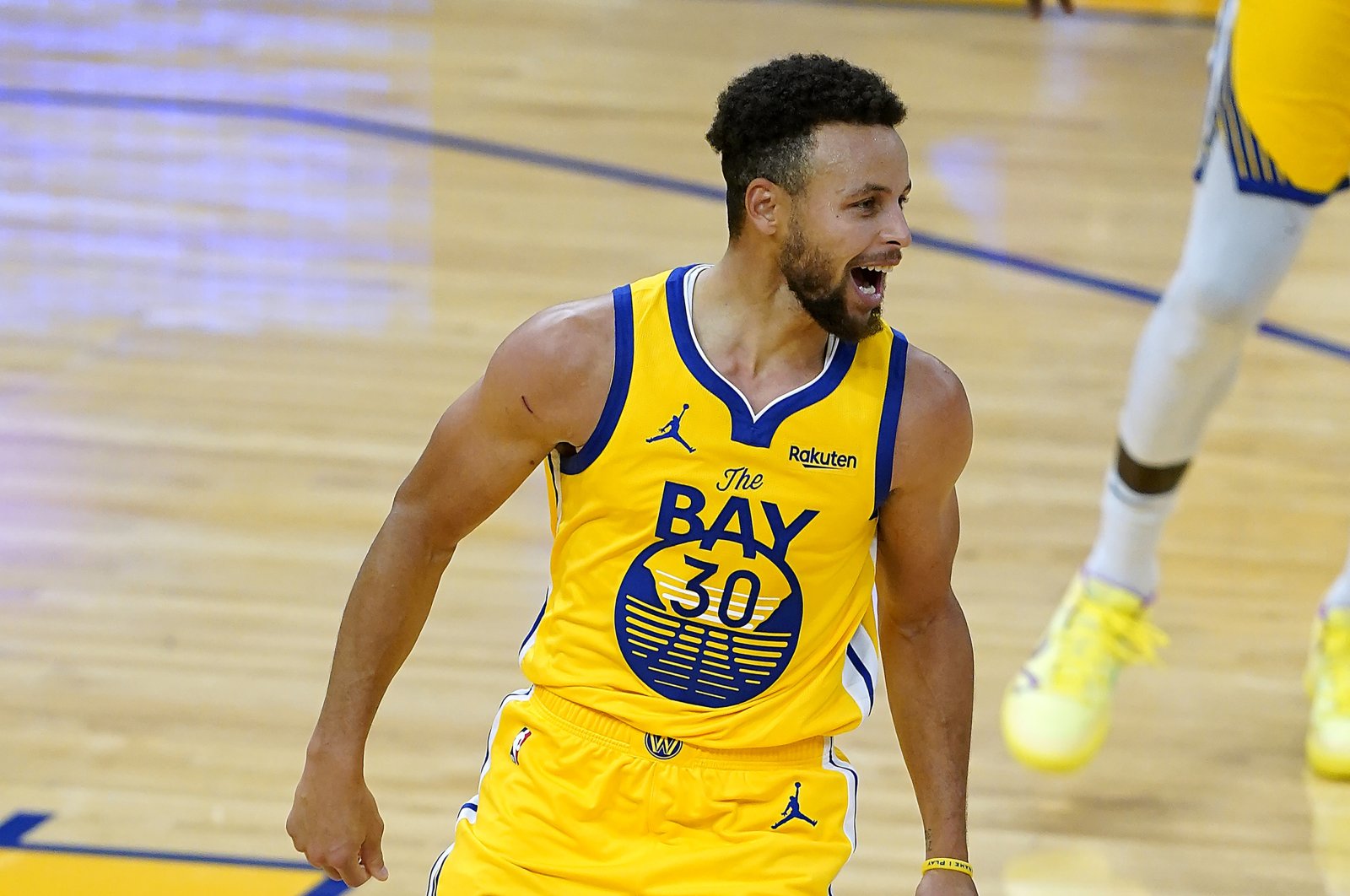 Stephen Curry continues to do the unthinkable in the midst of another all-time great season, leading a beat up and sub-par Warriors team to the 9th seed in the West with some unbelievable individual performances.

Standing now at only 1.5 games behind the 8th seed Memphis Grizzlies, Curry has not only found his way into the league MVP conversation, but the all-time great point guard debate as well.

Prior to Curry’s rise in the NBA, Magic Johnson was the undisputed G.O.A.T of his position. There have not been many players who better embodied the point guard position or quite frankly even came close to challenging his stature.

As far as being a true playmaker goes, John Stockton of the Utah Jazz must be mentioned. Not only is he the NBA’s all-time assist leader, and by a considerable amount, he was also fantastic defensively and is the NBA’s all-time steals leader. As great as Stockton was, Magic as a player remained on top among point guards and by a good amount.

Now, however, the general consensus among many NBA fans is that Curry has worked his way up the ranks to challenge Magic’s top spot with some even claiming that he has already surpassed the Laker great.

I am here to tell you that this is utter blasphemy.

As great and revolutionary as Steph Curry has been at the point guard position and in the game of basketball in general, to say that he has eclipsed Magic or even entered the same level of NBA immortality is ridiculous.

Before we get into the numbers, the simplest argument that can be made for Magic Johnson is that he is already widely considered as a top five player in the history of the NBA. Stephen Curry does not crack the top 10 in terms of all-time ranking. Just to name a few players who unquestionably rank above Curry all-time (in no particular order):

Those nine players alone, along with Magic Johnson, have easily solidified themselves as the 10 greatest players to ever play the game in the eyes of many fans and experts. Most people would rank Magic above the majority of players on this list in fact. To claim that Curry ranks above Magic, let-alone any of these players all-time, is laughable.

Simply claiming that Magic is better than Curry is not much of an argument, however, so let’s take a look at how these two greats matchup against each other all time.

In a virtually similar amount of time, Magic Johnson clearly accomplished more than Curry. This should not be looked at as a knock on the accomplishments of Curry, as there is no questioning his greatness, but rather a testament to how unbelievably dominant Magic was in his career.

In addition to this, Magic outmatches Curry athletically in almost every way possible. He was bigger, stronger, and could excel at any position, making him one of the most versatile players ever. Not to mention that he is also one of the greatest passers and playmaker the league has ever seen. Only Stockton can arguably claim to be better in regards to challenging his court vision.

Of course, Curry has aspects to his game that no one including Magic can touch. It goes without saying that Curry’s ability to shoot and impact the game off the ball is unmatched by anyone, but is that the all the criteria needed as for why he would be considered better than Magic? I would hope not.

Many people will argue in Curry’s favor stating that his legacy goes beyond what he did as an individual player, as he changed the game unlike any player ever. As undeniable as that is, people forget that it was the rivalry of Magic Johnson and Larry Bird which quite literally saved the NBA.

Before Bird and Magic found their way to the league, the NBA was suffering from a ratings standpoint. The face of the league at the time, Kareem-Abdul Jabbar, was as dominant a force as basketball had ever seen, but that didn’t translate to viewership.

Kareem was reserved and avoided the spotlight of the league. Without a player to embrace being the true face of the league, the NBA suffered heavily and looked to be approaching its final years. Introduce Magic and Bird, however, and everything changed in the blink of an eye.

Curry changed basketball forever, but without Magic Johnson there is no basketball to be discussed at all. As far as impact goes, the two are in completely separate leagues and that should go without question.

What distinguishes Magic and Curry from the rest of the point guards in NBA history does not lie solely in the dominance of their individual play, but their playoff successes as well. No other tandem of point guards come close to the level winning and flat out talent as these two.

Yet again, however, Magic was simply more impressive when it came to winning. Firstly, the fact that Magic made the playoffs every year he played in the league already speaks volumes about his talent. Curry on the other hand has missed the playoffs five times.

In all honesty, this usually would not be a big deal. What makes this significant is the fact that Magic dominated the league the moment he stepped in. Not only did he win a championship and finals MVP in his rookie year, but he also delivered his iconic game six performance playing center and scoring 42 points to seal the victory for the Lakers.

Curry did not have the same impact as Magic did early until later in his career. Again, this is not a knock on Curry but another testament to the brilliance of Magic that makes him so great. Additionally, It is already known that one of the biggest flaws in Stephen Curry’s NBA resume is that he lacks a finals MVP, though he should have gotten one in 2015.

Regardless, the Finals MVP award is not what makes Magic’s wins more impressive than Curry’s. It is the fact that in the five championships Magic captured he was always the best player on his team. Curry can only say that for one of his championship runs.

Some may look at the fact that Magic only has three Finals MVPs to his five championships and be quick to claim that he was only the best 3/5 of the time, but it is well known that the Finals MVP is not the best measure of who a team’s best player is.

The difference between the two however lies in the fact that when Curry won the Finals in 2017 and 2018 he clearly wasn’t the best player on his team; it was Kevin Durant. No one in their right mind would argue otherwise. This factor absolutely has to be considered when comparing the two.

At the end of all these stat sheet and accolade comparisons, one thing remains true: there have never been two point guards in the history of the game like Steph and Magic. They lie in a league of their own and should garner the respect of fans everywhere; they are revolutionary.

However, it should go without question who the top of the ladder is and remains to be. Magic Johnson is the king of NBA point guards, which his resume and legacy clearly back up. His impact, story, and career is one of a top-five player and he should be treated as such.

As for Steph Curry, who’s to say he can’t catch up? He still has years ahead of him as a player with plenty more to do in his career. While the road ahead of him is long with much more to accomplish, if there’s anyone who can catch up to the legend of Earvin “Magic” Johnson, it’s Steph: The greatest shooter the world has ever seen.