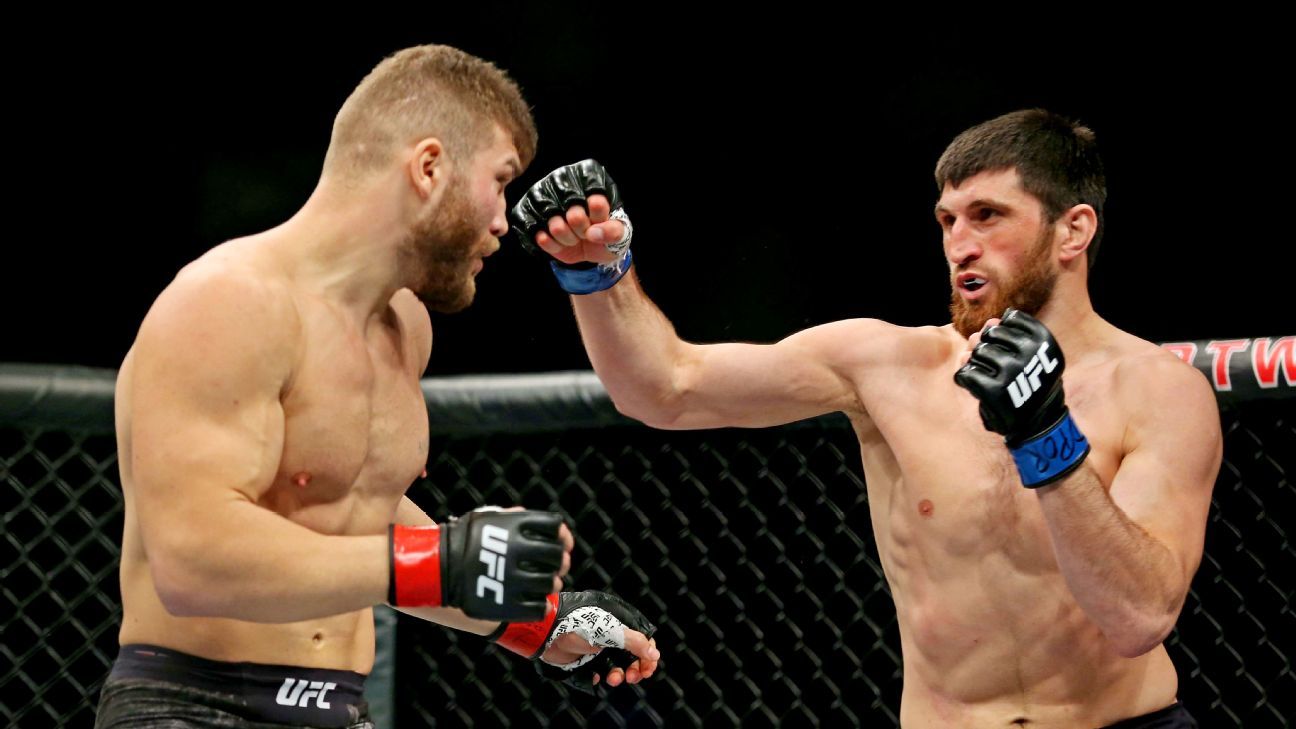 The UFC’s light heavyweight division lost some luster throughout the years. Jon Jones and Daniel Cormier ruled with irons fists since 2011. No one else was champion.

However, after Cormier retired and Jones officially moved up to heavyweight, the division has seen new light. 2020 had a new champion in Jan Blachowicz. Dominick Reyes is still in the hunt after two title fights. Jiri Prochazka debuted emphatically, Aleksandar Rakic has risen up, and Glover Teixeira has beaten time.

However, a name that needs more recognition is Magomed Ankalaev. His rise has been steady, yet explosive. As a Master of Sport in Combat Sambo and coming from Dagestan, Ankalaev has a readied story. With the rise of Dagestani fighters in the UFC, Ankalaev should be amongst the top.

Other than his last second submission loss in his debut, Ankalaev has been perfect. His striking has been explosive and crisp. Even in his small rivalry with Ion Cutelaba, Ankalaev never seemed like the inferior fighter nor was he ever losing.

Instead, Ankalaev ended the rivalry with no doubt. It was another indication of his talent on the feet to go along with his expertise in Combat Sambo. His two other UFC finishes were tremendous knockouts, specifically using a front kick and head kick.

Hence, Ankalaev could have his big year. His fight against 8th ranked Nikita Krylov is the boost he needs sitting at number 11. With a changing division, Ankalaev could jump over established veterans and end 2021 with a title opportunity.

His skill set presents problems for any fighter in this division, even the middleweight champion Israel Adesanya. His name should get the attention it deserves this year, and the excitement over his rise will only increase.

It is Time for Pete Carroll to Leave Seattle
Exit Velo #71: Mariners CEO/President Resigns; Top 10 1B