Make or Break Game for Kentucky 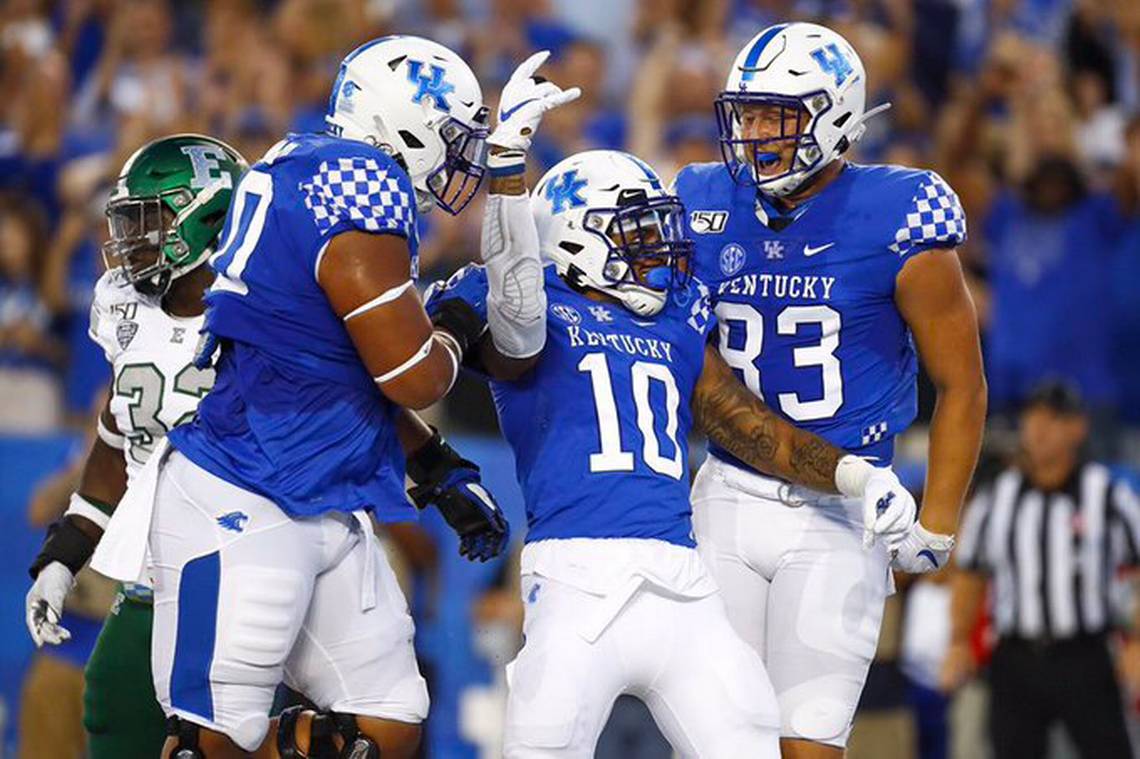 The Wildcats entered 2019 on the heels of their winningest season since 1977. Even with star players such as Benny Snell and Josh Allen moving on to the NFL, the program was in a great place entering the season. Last year’s Citrus Bowl victory over Penn State seemed like a coronation of sorts for Head Coach Mark Stoops. In his 6-year tenure, Coach Stoops’ Wildcats were the only team in college football to maintain or improve upon their previous year record each season. That streak is now in serious jeopardy as the Wildcats enter Saturday’s matchup vs. Arkansas at 2-3 overall and 0-3 in SEC play. Kentucky would need to win out to match last season’s record of 10-3.

Maintaining success in the SEC is difficult enough as it is, but Kentucky is trying to accomplish the feat without starting QB Terry Wilson. Wilson suffered a patellar tendon tear in his left knee during the Wildcats’ week 2 victory over Eastern Michigan. The offense has struggled to find a rhythm behind backup QB Sawyer Smith; a grad transfer from Troy. In 4 games Smith has posted an unimpressive line of 4 touchdowns to 5 interceptions with a 46.2 completion percentage. To Smith’s credit, he has played through a shoulder injury that has hampered his throwing velocity.

On Saturday, Kentucky will host the Arkansas Razorbacks who enter the weekend at 2-3 overall and 0-2 in conference play. Arkansas has wins against Portland State and Colorado State. These wins are about as impressive as Kentucky’s over Toledo and Eastern Michigan. Arkansas has losses to Mississippi, San Jose State and most recently Texas A&M. Kentucky has suffered defeats to Florida, Mississippi State, and South Carolina. Pardon the oxymoron, but both teams have impressive losses under their belts. Arkansas was only defeated 31-27 by 24th ranked Texas A&M, and Kentucky lead 7th ranked Florida in the 4th quarter before ultimately losing 29-21.

The two teams appear to be fairly evenly matched on paper. Arkansas ranks 72nd of 130 FBS teams in scoring offense, with 28.6 points per game. Kentucky ranks 99th with 23.4 PPG. On the other side of the ball, Kentucky ranks 53rd in scoring defense; allowing 24.4 PPG. Arkansas ranks 75th at 28.0 points allowed per game. The numbers indicate that the Wildcats have a slightly stronger defense, while the Razorbacks are slightly more explosive on offense. The discrepancy between the two teams is more noticeable in ESPN’s Football Power Index. This metric ranks Kentucky 42nd in the country while placing Arkansas at 82nd. Vegas has seemingly sided with ESPN in evaluating these two team. Kentucky currently sits as 6 and a half point favorites to win.

Kentucky will look to take make the most of home field advantage after losing two straight road games. Arkansas enters the game hoping to end a 13-game conference losing streak. A major key to victory for the Wildcats will be to shut down Arkansas running back Rakeem Boyd. Boyd is enjoying a strong season with 483 rushing yards (5.3 yards per carry) and 3 touchdowns through the team’s first 5 games. Arkansas QB Nick Starkell, like Kentucky’s Smith, has shown a tendency to turn the ball over. The Junior Razorback QB has 7 interceptions to match 7 touchdowns. Winning the turnover battle is going to be another huge key to winning this game. As a result, both teams may look to play conservative offense and run the football early and often. Kentucky has a strong run game as well, with AJ Rose and Kavosiey Smoke splitting most of the work in the backfield. The duo has combined for 613 rushing yards and 5 touchdowns.

Both teams have a lot on the line in terms of bowl implications. Winning games against the lesser SEC teams is critical with tougher challenges against the likes of Georgia, Auburn, LSU, and Alabama ahead. Thankfully for the Wildcats, they only face Georgia, while the Razorbacks will have to meet each of the other 3 powerhouses. Nobody wants to be among the bottom feeders of the conference and this weekend presents a huge opportunity for both teams to distance themselves from last place. Fans should look forward to a hard-fought game that could go either way.