Making the Case for and Against the Trevor Bauer Signing 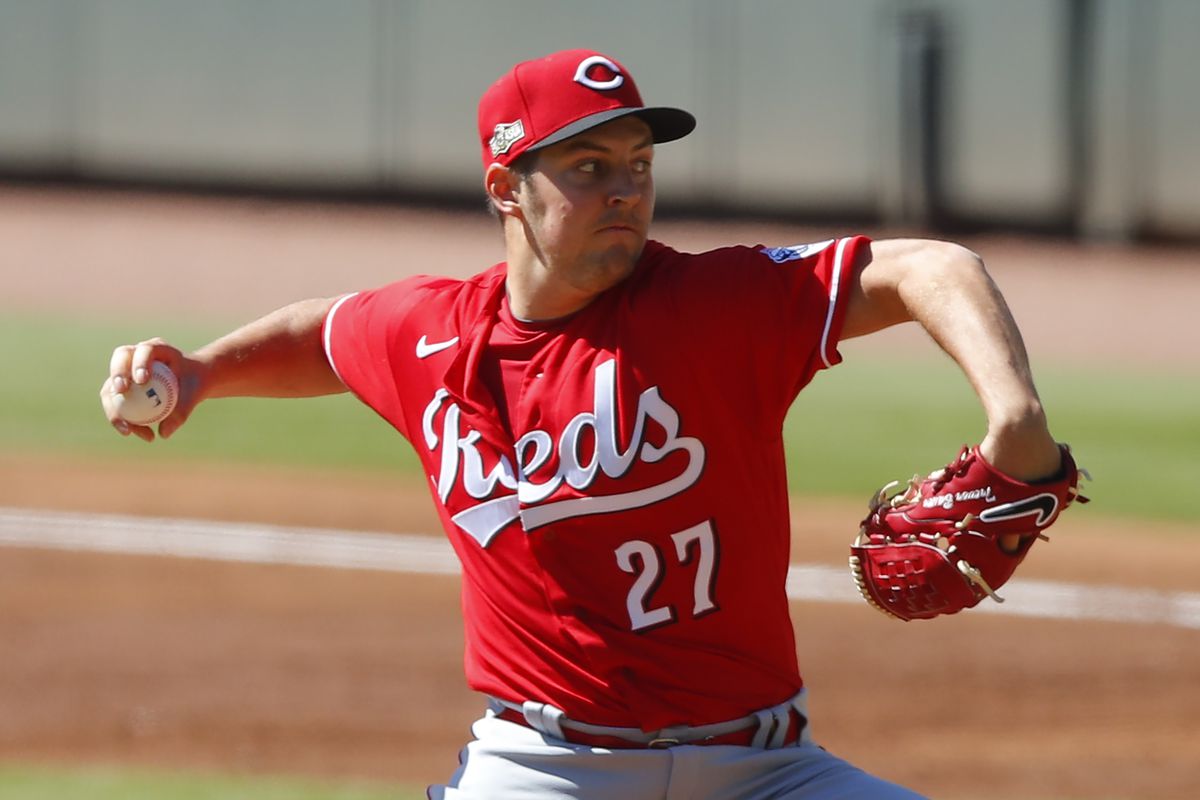 Thirty-year-old starting pitcher Trevor Bauer is perhaps baseball’s most polarizing player. Between a vocal social media presence, ultra-long toss sessions, expressive cleats and a fiery demeanor on the field, most fans of the game have a strong opinion on the ace, one way or another. Fittingly, the verdict on his recent megadeal to join the Los Angeles Dodgers appears to be similarly split.

Bauer dominated his way to a 1.73 ERA, a 0.795 WHIP and 100 strikeouts across 73 innings in the pandemic-shortened 2020 season. These marks were more than enough to take home NL Cy Young honors by a comfortable margin. While these monstrous stats are likely only possible in a 60-game sample size, Bauer has consistently shown flashes of this potential dating back to the time he was selected third overall by the Arizona Diamondbacks in the 2011 MLB draft.

Impact pitching is a scarce commodity in today’s game

It’s no secret that the offensive environment of the MLB is more explosive than ever before. Juiced baseballs continue to rocket towards the stands at record speeds, as teams throughout the league score runs more and more frequently. The other half of this equation is that dominant starting pitchers like Bauer are becoming a dying breed. Bankable run prevention is becoming increasingly hard to come by, which means the few pitchers that can pitch to this caliber are going to be handsomely compensated.

The Dodgers have a title to defend

Backing up the Brinks truck makes a lot less sense for a team that projects to be in the middle of the pack. The Dodgers on the other hand, have made the playoffs every year dating back to 2013, including three World Series appearances that finally yielded a championship in 2020. They were already among the favorites to take home the 2021 title before bringing in Bauer. With his services added to the mix, Los Angeles looks to have the deepest and most talented pitching rotation in the game, which is perhaps even more important considering the division rival San Diego Padres make a strong case for second best in that regard.

Bauer’s antics may not rub everyone the right way, but there’s no denying that he’s something of a marketing genius. He engages with fans openly and often via his outspoken social media platforms and sells merchandise and shares stories about his life, both on and off the field, on his successful website. Whether through his baseball heroics or larger than life persona, he seems to always find a way to make headlines, something that’s desperately needed in a sport struggling to cultivate the next generation of fans.

Bauer’s three-year, $102 million deal will make him the highest paid player in the history of baseball in both 2021 and 2022. He’ll make $40 million and $45 million respectively in those two seasons. The third year of the extremely frontloaded contract does drop to $17 million, but with the flexibility of opt out clauses after each of the next two years, it’s unlikely Bauer sticks around for the third year if he continues to pitch at a Cy Young level. Furthermore, it’s now World Series or bust for the Dodgers, as the Bauer deal assures the team will be well over the luxury tax threshold. There’s no denying Bauer was amazing in 2020, but he’ll have to sustain that level of production to justify this massive salary commitment.

The career track record is a bit shaky

Aside from the otherworld numbers he compiled in 2020, Bauer has only had one other professional season in which he’s recorded an ERA under 4.00. That of course means that he’s only reached that mark once in a full 162-game season. The strikeouts have long been a part of his game, with a career 9.7 K/9, but his career 1.265 WHIP is a lot less elite than the 0.795 he flashed in 2020. The league-best 5.1 H/9 Bauer allowed in 2020 is also a far cry from his career mark of 7.9. His BABIP tells a similar story with 2020’s .215 coming in well below his career average of .294. Pitchers often do improve when they enter this stage of their career, but 2020 appears to be a large enough outlier from the body of work to raise some legitimate questions.

Some of the data raises eyebrows

In 2018, Bauer famously called out then Houston Astros ace Gerrit Cole for allegedly doctoring baseballs to increase spin rate. “If only there was just a really quick way to increase spin rate. Like what if you could trade for a player knowing that you could bump his spin rate a couple hundred rpm overnight,” said Bauer via a tweet. As fate would have it, Bauer would go on to drastically raise his own spin rate by a couple hundred rpm in 2020, raising some questions as to how the ace achieved this feat. For what it’s worth, he has long been known as a tinkerer, constantly adjusting grips and mechanics to get the most out of his pitches. Bauer also likely benefited from working with Kyle Boddy, renowned pitching guru and founder of Driveline Baseball, who was hired to be the Cincinnati Reds’ Minor League Director of Pitching Initiatives/ Pitching Coordinator prior to the 2020 season. Still, the drastic rise in spin rate (nearly 500 rpm) seems fishy to many.

Any time a team spends this much money on a single player, the deal is naturally going to be scrutinized. A player as divisive as Bauer only further separates the extremes in arguments. Love him or hate him, Trevor Bauer is a very rich man, who is going to continue making noise one way or another. The Dodgers are clearly hoping it’s through his impact on the mound.

Frank Clark: The Unspoken Star
Back Sports Page Presents A New Episode of The Man to Man Podcast Episode V: Tom Gets Another