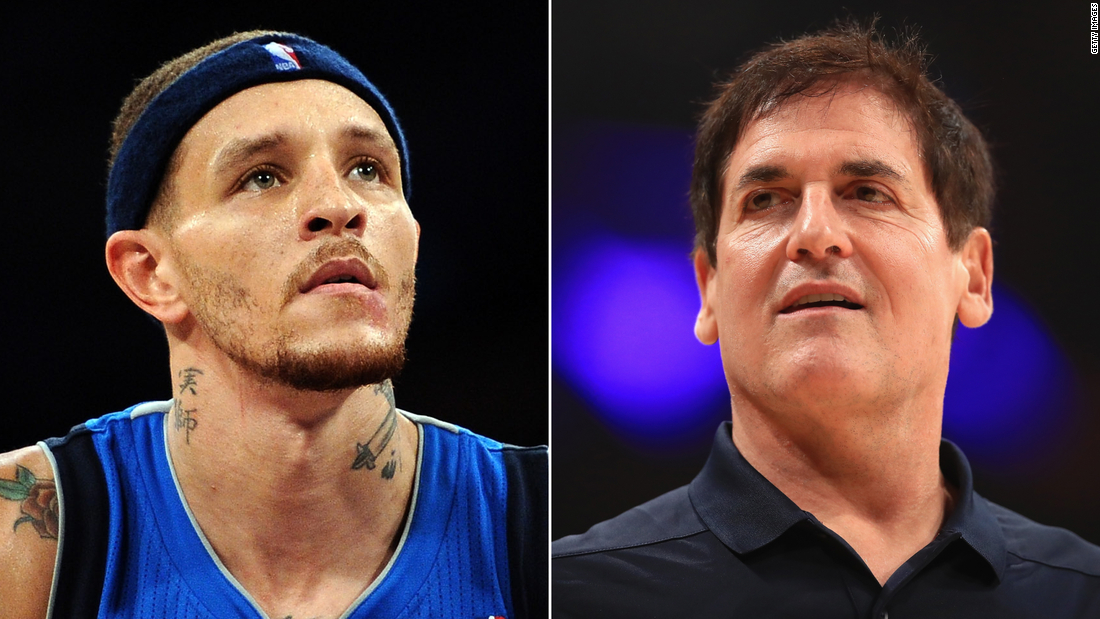 Yesterday, Mavericks owner Mark Cuban, picked up a struggling Delonte West at a gas station in Dallas. Cuban was just one of many NBA players and executives who offered to help the homeless West. A video surfaced over the weekend of a rough looking Delonte West begging for money along the side of a freeway in Dalls.

This is sad news for fans and players alike. I actually really liked Delonte West when he played with the Cavaliers. He was a gritty defender and fearless offensive player. Over his career West averaged 9.7 points per game along with 3.6 assists in his eight seasons in the NBA.

I know many people will look at West and won’t be able to understand how a guy who played eight seasons in the NBA is now homeless and starving. Kevin Love first brought it to the attention of NBA fans. Love was one of the few athletes across all sports who spoke out about mental help for athletes.

Mental health is an extremely important in anyone’s life, let alone a guy who played under a huge spotlight for eight years of his life. Of course there were rumors about West while he still played in the NBA. Players said he hung with a bad crowd and was unpredictable. However, over the years some of West’s old teammates began reaching out to him. West openly talked about his battle with bi-polar disorder during his career. I can’t imagine being diagnosed with bi-polar disorder and playing in the NBA. Every other night you’re flying somewhere different, it’s very difficult to find a norm, which is a huge help for people with bi-polar disorder. People don’t understand that people with this condition, and other illness’ finding a routine that you pretty much do every day, is a huge key and most of the time helps them with their conditions.

People tend to forget that West grew up as “happy-poor.” He lived with various relatives throughout his teen years. During those teen years, West said he abused drugs, engaged in self-harm, and spent a lot of time in Children’s Hospitals. As he got older things continued to spiral down hill. In 2009, West was pulled over for a traffic violation. West was driving a Can-Am Spyder three-wheel motorcycle. During the stop, it was found that West was carrying a 9 mm Beretta pistol in his waist band, a Ruger .357 Magnum that was strapped to his leg, and finally a Remington 870 Shotgun was found in a guitar case that he was carrying on his back.

That wasn’t the only time it was rough for West. He did buy his parents and other relatives things they needed. He tried to support them. However, during the 2011 NBA Lockout West applied for a job at Home Depot and at a furniture store. He eventually worked for the furniture store. Finally just this year a video showed West being beaten on a Washington, DC freeway. It was clear West needed help, and there is nothing embarrassing about that. Not everyone is the same, and some people struggle more than others. In the end everyone has skeletons in their closet.

In summation, good on Mark Cuban for sticking to his word. Cuban is many things, but one of his best features is his willingness to help people in tough situations. However, we all hope and pray that West gets the help he needs, and quickly. Cuban himself, offered to pay for his treatment, but right now we don’t know much about what is in West’s future. It is truly sad to see someone who had so much success doing something they loved, fall to these lows, but it happens and we all hope for the best in West’s situation.

This is a link to the Kevin Love Fund, which promotes mental health and how important it is to your overall health. You don’t have to make a donation, but at least just read something about it. As Love himself says, “everyone is going through something.”

For One Night and One Night Only the Eyes of America Will Be Focused on Cleveland, Ohio
What’s On the Line For The Lakers And Heat