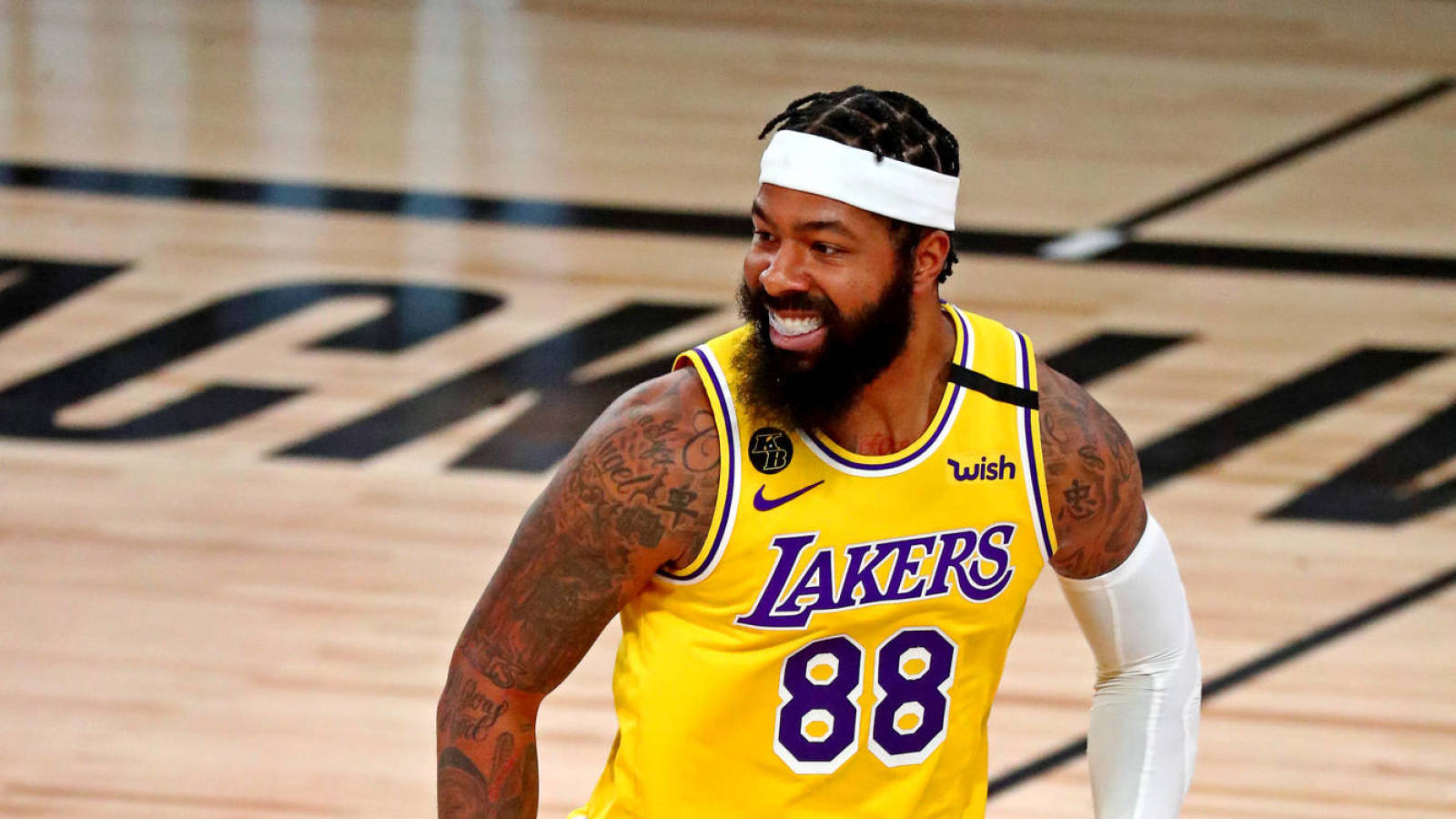 The Los Angeles Lakers are 7-8 without both LeBron James and Anthony Davis this season. At the time James suffered his high ankle sprain, the Lakers were among the top seeds in the western conference. Not to mention that Anthony Davis‘ return to the court was still uncertain. With both superstars out for the foreseeable future, the others needed to step up and make up the workload. Especially if they hoped to avoid a play-in situation with the six to 10 seeds. However, one name that has stepped up considerably in James’ and Davis’ absence is Markieff Morris.

After James and Davis fell out of the line up with their injuries, Markieff has a consistent part on the team during this stretch. In the 15 games without James and Davis, Markieff is putting up 11.8 points which is fifth among the team, 6.5 rebounds which is third among the team and been a presence from the perimeter shooting 47.7% from the field and 37.7% from behind the arc.

“We’re getting healthy at the right time, this is perfect for us, man.” Said Morris following Saturday’s victory over the Utah Jazz. “With this crazy season with all these games, back-to-back nights and days off in between, without our best two players we’ve held it down for the most part. Now we get them back fully healthy and ready to make a run.”

Dennis Schröder noticed Markieff’s recent play and says he deserves a big contract in the offseason. “He’s gotta get paid… He’s helping us on the defensive end, he has such toughness. On the offensive end, spreading the floor, getting offensive rebounds after free throws,” Schröder said.

Kieff signed a one-year $2.3M contract this past offseason making him an unrestricted free agent at seasons end. Although he deserves more than the veterans minimum, he took the pay cut for a chance to repeat. On the other hand, his brother Marcus signed a four-year $64M contract with the Los Angeles Clippers this past off-season. Now with all signs pointing towards a big pay day for Markieff, the Lakers have his birds right and are able to give him a 175% raise on his current salary even while going over the cap. However, it wouldn’t be a whole lot more than what he can get should he look for one last pay day.

Predicting the 76ers’ Playoff Rotation
The Resurgence of Reggie Jackson