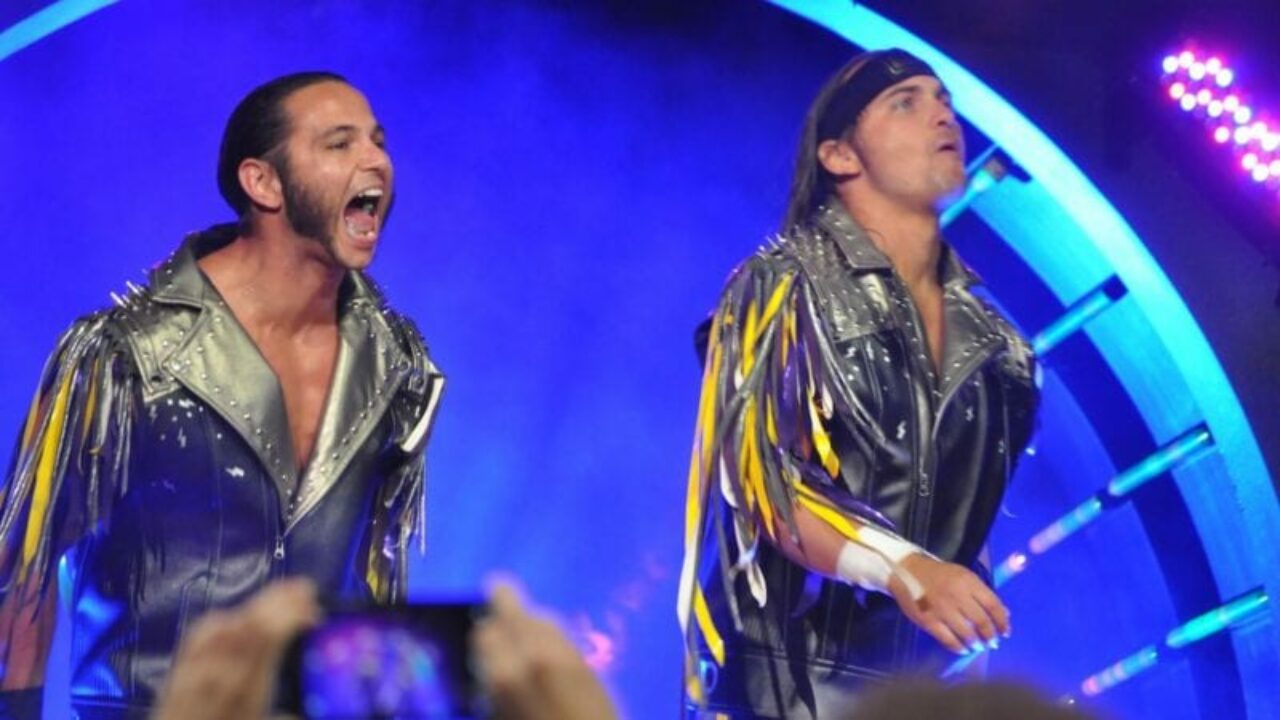 Previously, the Match of the Month has featured a single’s match, a six man tag and a Lights Out Match. Now, over four months into 2021, a classic tag team match was the month’s best match. For a company that wants to put tag team wrestling on the map, it is a bit surprising that it took AEW this long for a tag match to make the list.

The accolades go to the contest from April 14 between the team of Rey Fenix and PAC against the Young Bucks. The challengers, two members of Death Triangle, earned a title match after winning the Casino Tag Team Royale at AEW’s Revolution on March 7.

This match was the first one for the Young Bucks since their heel turn. They sported brand new gear with faux fur trim on their jackets and Dior x Air Jordan 1s on their feet which only added to their sarcastic demeanor. Flanked by Don Callis on their way to the ring, the Young Bucks sauntered down the stage.

The sharp dichotomy of face and heel between Rey Fenix and PAC compared to the Young Bucks only added to the quality of the match. Anyone watching for the first time would have no doubt who they were meant to cheer for. While PAC and Matt Jackson started the match off by exchanging holds, somehow Matt still was able to sneak in his cocky attitude. His first stint in the ring was capped off with Matt making his way to the face corner before “realizing” his brother was on the opposite side.

At any chance in the match, the Young Bucks would waive sportsmanship for an advantage. Despite still retaining their arsenal, the AEW Tag Team Champions performed the actions to show off rather than to try to inflict damage.

Both sides worked together seamlessly with not only their partners but also their opponents. The match ebbed and flowed during the 23 minute fight. An underlying part of what made this match great was the commentary. Undoubtedly, Callis was able to put over Fenix and PAC while still explaining to the other members of the booth what makes the Young Bucks better.

The Young Bucks put on a masterclass of heel work. Between Nick asking the fans watching from home if they caught his recent move and Matt’s inspired “babyface” fire up, the champions were detestable. As Callis mentioned on the broadcast, they were mocking their old selves.

Fenix and PAC nearly picked up the victory at one point through the match. PAC nailed Matt with a thunderous German suplex after a Fenix combination. But the Bucks’ resiliency kicked in and they battled back. Subsequently, Nick would hit PAC with a low blow and Fenix to tagged himself into the match. In the same way that Rey Fenix entered the contest, he would also exit. Fenix vaulted himself over the top rope right into a Superkick which staggered the high flying luchador. Nick snatched the mask off Fenix’s head and threw it into the crowd, echoing Trevor Bauer from 2019. The champions hit stereo Superkicks onto Fenix for the easy pin to win the match.

Everything the Young Bucks did made your disdain for them grow. After the match, Nick chuckled to the camera about how he pulled a fast one and “outsmarted” his opponent. This match beautifully kicked off a heel turn for the Young Bucks and the reformation of the Elite. The match excellently built on itself, put all the competitors on a pedestal to show off their craft and told a detailed story throughout.

The Young Bucks claimed the top match of 2020. Additionally, PAC and Rey Fenix already have been featured in February’s Match of the Month. Clearly, there was no doubt that they would tear the house down. SCU is the number one ranked tag team in AEW. A match between them will no doubt be thrilling to watch and could be a Match of the Month.

To catch up on the previous Match of the Month breakdown, click here.

A Closer Look at Hangman Adam Page vs. Brian Cage
“AEW DYNAMITE” IS BACK ON THE ROAD WITH LIVE, TICKETED EVENTSIN MIAMI, AUSTIN, DALLAS