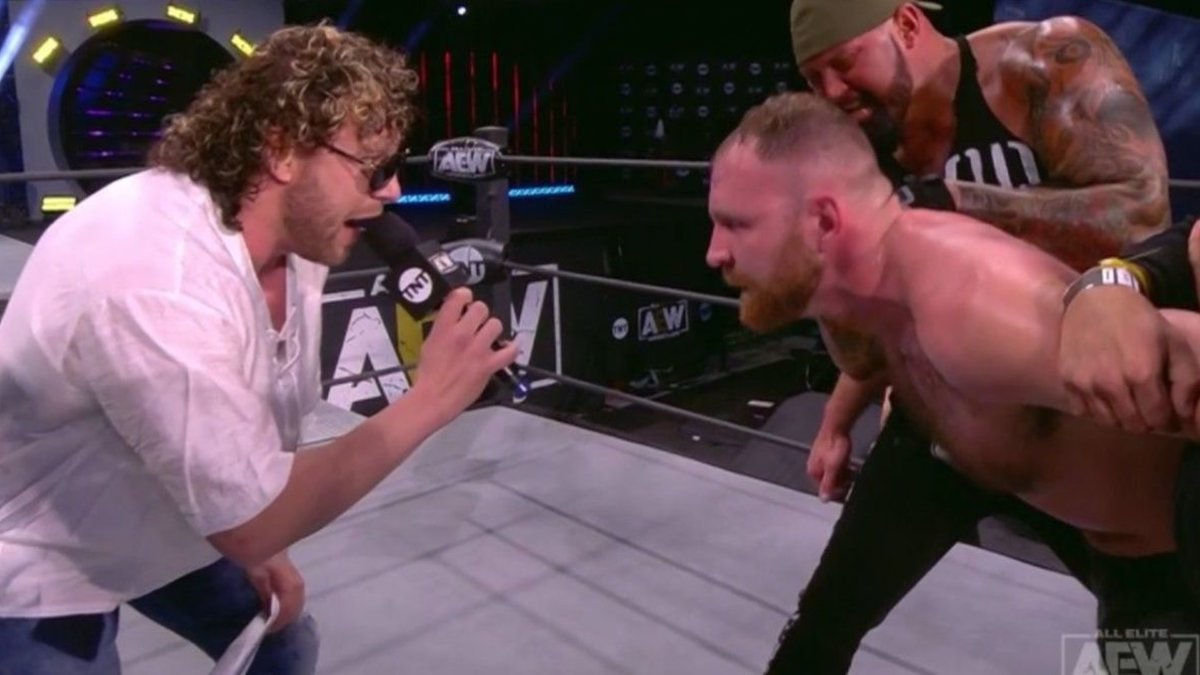 On the very first Dynamite of February, Beach Break gave us a marvelous match. The main event of the episode on February 3 was a six man tag match between some of the biggest names in professional wrestling. On one side, the AEW Champion Kenny Omega teamed up with The Good Brothers, Gallows and Anderson. Across the ring from them stood Jon Moxley, PAC and Rey Fenix. The in-talent alone was almost enough to qualify it for the match of the month on paper alone.

Kenny Omega will go down in history as one of the best wrestlers in the world. There is not a thing in the ring that he cannot do. His strikes are quick and impactful, and his arsenal is a treasure trove. The AEW Champion can take on any challenge and come out on top.

The Good Brothers brought their tag team expertise to the match. The IMPACT tag team champions additionally acted as the heavy lifters in the contest. Specifically, Gallows’ towering figure loomed ominously over everyone else. Also, their physical presence and dominating chemistry is enough to slow down almost any wrestler.

PAC is a muscled up menace from Newcastle, England. His in-ring style combines brutality and finesse. Whatever the question is, PAC has an answer. He has a wide array of submissions to wear down opponents before finishing them off with his Black Arrow.

Rey Fenix is arguably the best wrestler on the planet right now. His high flying maneuvers defy gravity and have fans on the edge of their seats. His acrobatic attack is paired with stiff elbows and kicks. Not to mention his knife edge chops that knock the wind out of any opponent, no matter their size. Rey Fenix is criminally underrated yet continues to prove himself time and time again.

Finally there was Jon Moxley. This hard as nails brawler is always down for a fight, no matter the circumstances. He talks a big game and can back it up in the ring. He has battled some of the biggest names in professional wrestling and was voted the Wrestler of the Year in 2020. Ladies love him and men want to be him. You would be hard pressed to find someone who is as effortlessly “cool” as Moxley.

No matter what style of wrestling you love, there was something in that match for you. There were high impact moves, soaring acrobatics and technical grappling littered through the 13 minute match. Even after the match, there was a surprise debut. This tag match was a marvelous display where all six men were able to shine.

Each wrestler’s stylistic approach meshed so well with the drama and pacing of the match. In my opinion, Rey Fenix was the standout performer on the night. The energy he possessed to throw his body around the ring at the pace is other worldly. His storytelling and drive cement him as a future champion in All Elite Wrestling.

Only two months into the year AEW has given fans so many fantastic matches. Coupled with Revolution coming up, it is almost guaranteed that there will be at least one contender for the match of the month on the card.

The Young Bucks will face MJF and Chris Jericho in a tag team match. Additionally, “The Icon” Sting will team up with Darby Allin to battle Team Taz in a street fight. Adam Page will also be in action with many more featured on the pay-per-view. Moxley and Omega even have an Exploding Barbed Wire Death Match for the AEW Championship on the card. Stay tuned to Back Sports Page for everything you need to know about Revolution and All Elite Wrestling.