Matisse Thybulle and the Quest for All-Defense

Matisse Thybulle has exploded onto the NBA landscape as a defender. 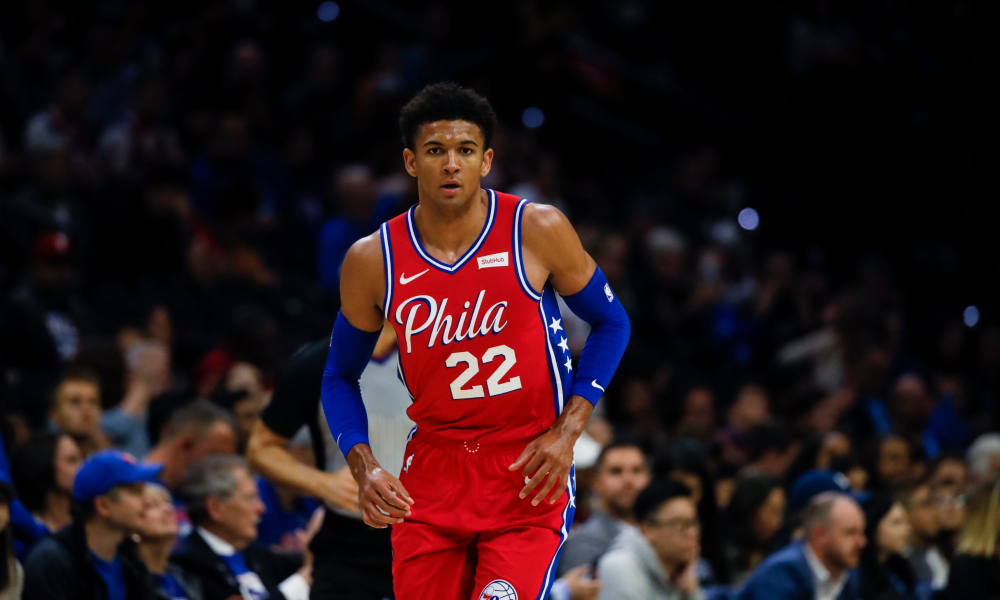 Matisse Thybulle has exploded onto the NBA landscape as a defender. If you’ve watched a Philadelphia 76ers’ game, every time he comes in the announcers of opposing teams and the national broadcasts will mention how special he is on that end. He’s getting a reputation, and everyone is talking about it.

A topic that has come up then, is Thybulle’s potential to make the All-Defensive team. He’s very similar to Tony Allen of Memphis Grizzlies fame. Both are complete defensive specialists with very limited offensive games. That has limited Thybulle’s minutes which is the one thing holding him back from being a lock for the All-Defensive team or, according to Ben Simmons, the Defensive Player of the Year.

So You’re Telling Me There’s a Chance?

So, does Thybulle, who is only averaging 20.1 minutes per game, have a chance? Availability is important. It’s one of the things that is taking Joel Embiid out of the MVP race after all. Tony Allen is again a good reference. Allen only averaged 22 minutes in his career but made six All-Defensive teams. The 2010-2011 season in particular should give Thybulle hope, as Allen made the second team with just 20.8 minutes played per game. However, Allen did start half the season, while Thybulle has only started seven games.

Allen made the second team two more times, in 2015-2016 and 2016-2017, where he played 25.3 minutes and 27 minutes respectively. It should be noted that Allen did miss the All-Defensive team entirely in 2013-2014 only playing 23.2 minutes a game. He did miss 27 games total though, which also could be a factor. This “snub” was sandwiched between first team All-Defense appearances, so Allen was still a fearsome defender that year, but seemingly missed due to total playing time.

Two Isn’t Much, But it’s Something

Another similar instance that could help Thybulle’s case is Dejounte Murray. Murray made the second team in the 2017-2018 season playing just 21.5 minutes per game, although he did again start half the season. Those are the only two instances in the past 20 years where someone with similar minutes made the defensive team. Second team then, seems in Thybulle’s grasp, if only barely.

So it is possible to make the second-team as long as you’re good as Murray or Allen. Is Thybulle? The eye-test, while subjective, says yes. Thybulle has done a magnificent job against many of the game’s best scorers, including (but not limited to) Devin Booker (3/11 shooting), De’Aaron Fox (4/11), Bradley Beal (3/10), Khris Middleton (1/6) and Zach Lavine (3/15) according to the NBA’s official matchup data. He’s got a ton of lateral mobility and a crazy wingspan, meaning he can stay in front and always be a pest. His instincts are also second to none as is his defensive IQ.

The thing that stands out most for Thybulle though is his effort. He never gives up on plays, and his signature recovery block-from-behind play is proof. Even when guys do get past him (almost solely due to screens) he never lets them go easy, always hounding his man and positioning himself for the block. Thybulle hates when players get easy shots, and he plays like it. He makes guys work for every single bucket.

How About Them Statistics

So Thybulle looks the part. How does he compare statistically? Well in counting stats he actually blows the previous two out of the water. In fact, his defensive statistics are ridiculous enough that if he could play 36 minutes a night he might be the greatest wing defender of all time. In his limited time, he’s averaging 1.5 steals and 1.0 blocks per game. Depending on what you would consider Jerami Grant and Michael Porter Jr, Thybulle is third amongst wings in blocks playing ten or more less minutes then the other two. He’s also 6’5 compared to Grant’s 6’8 and MPJ’s 6’10. Allen never had more than 0.5 in a season and Murray has never been close. For steals, Allen was higher in 2010-2011 at 1.8, while Murray totaled just 1.2 in his comparison year.

If you switch things to per-36 Thybulle’s numbers get silly. He’s got 2.8 steals and 1.8 blocks per game, easily leading the steals column and landing at 20th in blocks. The 19 players ahead of him are centers. In fact, Gary Payton and Chris Paul, two of the greatest perimeter defenders and steal masters to ever do it, never put up those numbers on a per-36 basis. In case you think it’s just noise from extrapolation (or from feasting on bench units), in Thybulle’s seven starts this year he’s averaging 2.7 steals and 1.8 blocks per game, nearly identical to his per-36 numbers. He didn’t even play over 30 minutes in half of those starts either, and only hit 36 once.

Traditional counting numbers can be misleading, see Hassan Whiteside. Let’s take a look at the advanced numbers. He’s first in steal percentage and 14th in block percentage, with only centers ahead of him again in that category. His DBPM (defensive box plus/minus) of 4.1 actually leads the league right now, and is higher than Allen’s or Murray’s in any of their seasons. Thybulle’s DWS (defensive win shares) is lower than either of them however, but DWS is a cumulative stat not a rate one. Thybulle currently has 2.2 DWS in 57 games played, while Allen had 2.7 in 72 games played and Murray had 3.4 in 81 games played. If you go by DWS per game, Thybulle ties Allen and is a bit behind Murray.

D-LEBRON has Allen at +2.5 in 2010-2011, Murray at +2.5 in 2017-2018 and Thybulle at +2.3 right now. Of course, Thybulle isn’t competing against Murray or Allen of those years past. His D-LEBRON (and Defensive Rating for that matter) is eighth highest this year and (as per usual it seems) the highest amongst non-bigs. Considering the All-Defensive team is somewhat position based that matters. As of April 19th, Thybulle allowed opponents to shoot just 38% when guarded by him. That’s a lower percentage than DPOY candidates Rudy Gobert, Ben Simmons and Myles Turner. Shot type matters with that stat of course, but it’s still impressive.

The Case For Thybulle

There’s a lot more stats that could be pulled out, like how Thybulle is a league leader in deflections and blocked jump shots, but that seems like overkill. Point is, despite his lack of minutes compared to most players, Thybulle clearly deserves to be on the All-Defensive team. He compares favorably to the two guys that made the team with similar minutes, and many of his numbers are so good he should have a legitimate case for first team All-Defense. His minutes will hold him back from that mark, but it shouldn’t for the second team.

Thybulle is a name you will hear more and more, and if his offense ever comes around and his minutes increase, he will go down in history as one of the games best defenders of all time. He already is this year in just his second season. Doc Rivers has put in his vote, saying “There’s not ten better defenders in this league, I can tell you that. There may not be five.”