And Then There Were Two: Matthew Dellavedova is One of Only Two Players Left from the 2016 Championship Team. Here’s What He had to Say Going Into the 2020-21 Season 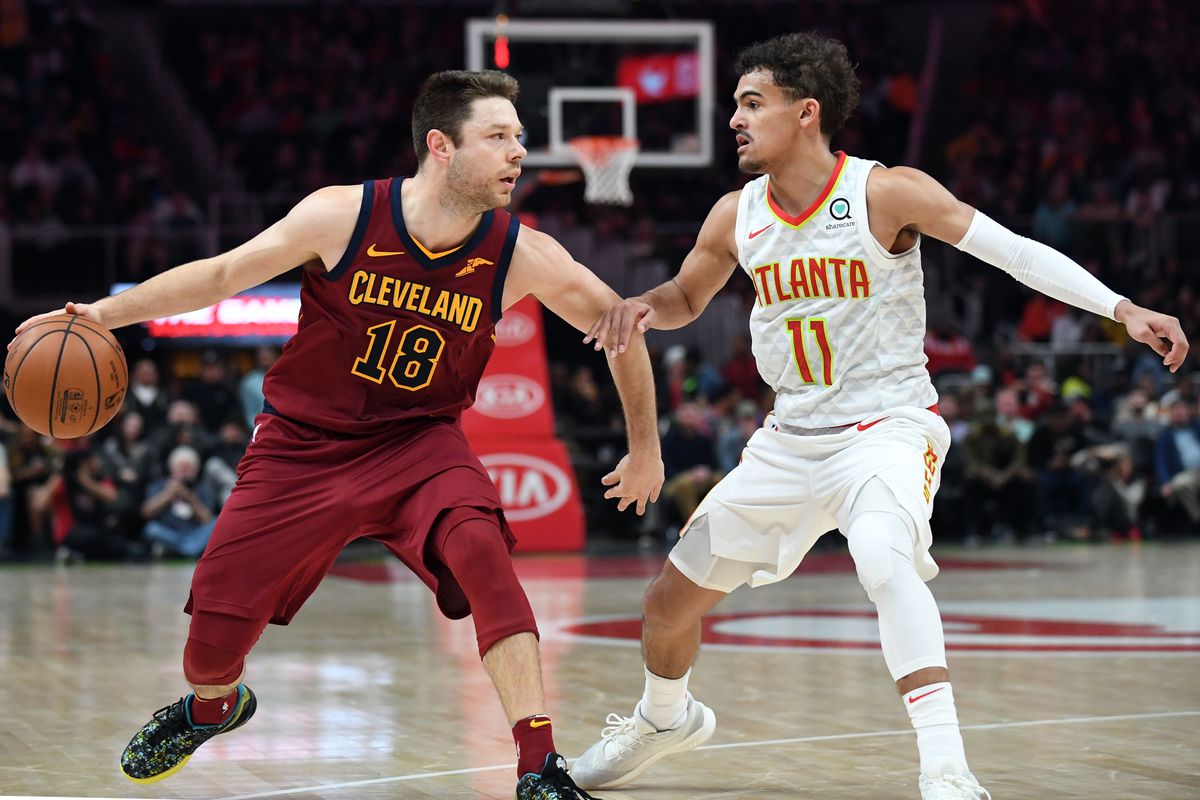 Matthew Dellavedova has been a fan-favorite in Cleveland for years now. He’s a tough player, who will do anything it takes to win. Just look at the 2015 NBA Finals as evidence of how hard-working and driven Dellavedova really is. Remember, in the 2015 NBA Finals the Cavs played the Warriors, for the first time, without Kevin Love and Kyrie Irving. Irving suffered a season ending ankle injury and Love was cheap-shotted in the Conference Finals by Kelly Olynyk of the Celtics. Dellavedova, was the catalyst for that team on defense especially. It is not to far off to say that without Dellavedova in those Finals, the Cavs would have been swept by the Warriors. Dellavedova defended MVP Stephen Curry ferociously all series, and was even hospitalized during the Finals, as after the game three win, he went into a full body cramp, and had the Cavs Medical team rubbing ice all over his body, and even attaching an IV, to help him recover. Dellavedova had this to say, in October of 2015 while looking back at the finals:

“I probably pushed it a little. I thought I’d pushed it before but there was just so much on the line. I wasn’t scared. What was scary was how am I going to prepare for the next game? I only had one day’s rest between the games. I told them I didn’t need to go to the hospital, but then I thought to myself ‘What would happen if these cramps happened again in the middle of the night?’ I would’ve been screwed.”

Off the court Dellavedova is a great guy. He has an awesome Australian accent and is a big family man. If you check out his Instagram, it’s filled with pictures of his wife, and son.

The stat-book really doesn’t do justice to how pivotal a role Dellavedova played for the Cavs in multiple years. Over his career he has averaged 5.6 points per game, three assists per game, around one rebound per game, and nearly a steal per game. What this doesn’t show us is that every time Dellavedova is on the floor, and an offensive foul or turnover is committed, its usually caused by Delly. As stated, this is Dellavedova’s sixth season with the Cavaliers. After the 2016 Championship he left for Milwaukee, but returned to the place where he is loved, Cleveland, in 2018. Here’s what the amazing Australian had to say about the upcoming season.

(Dellavedova Entered the Media Zoom with all Smiles and being Incredibly Polite, How could you not love this guy?)

When asked how it feels to be back another year, and how that looks with his role: “Yeah, no, I’m really excited to be back. You know after talking with Koby (Altman) and J.B. (Bickerstaff), its going to be similar to last year, you know, help the young guys grow, be a voice in the locker room, and be ready to play whenever my name is called, kind of like the end of the season last year. You know I’m always going to be ready to play when I’m needed. I think with this year, its such a different year, with all the COVID stuff happening, everyone’s got to be ready to play at all times.”

Asked about Larry Nance and his growth and what impresses you most about his game: “I think, he’s so versatile, you know last year we even saw him play a little bit at the three. I think his ability to pass the ball, read the game, screen and roll, shoot the open three, combined with what he can do on the defensive end, you know sit down and guard people on switches. I think he knows the game well and him continuing to grow his voice is going to be important for the team this season and going forward.

Asked about what the identity of this team going forward: “I think J.B.’s a tough defensive-minded coach, and I think he wants the team to reflect that. I think that’s what we’re going to be working on all training camp. Then just sharing the ball offensively.”

Asked if after the last game last year, coming back to Cleveland was a possibility: “Yeah, I mean, obviously I love it here. Made friends that are going to be life-long friends. Our son was born in Cleveland, and along with the 2016 Championship, it’s always going to be a special place. I didn’t know what things were going to look like, but I think obviously 2020, you have to be ready for anything. I’m excited to be back, you know, I think we can surprise a lot of people. You know we definitely have a lot of things to improve on and get better at, but I’m excited about the people that we have here, and the focus we need to have is going to be there. I’m excited to see the growth that can happen over the course of the season.”

On asked what made him start his podcast: “Yeah, you know I had been thinking about it for quite a while.

You know with the season, it was really busy, and then having a son, it’s super busy. I thought that if I don’t start it now when I have free time to do it, you know I’ll never do it. So I took the plunge and started off with some of my close friends, and former coaches. I’d like to say I’ve improved a lot since the first few but really just to be able to talk to some really interesting people, and hopefully I can get a lot of different people on their, you know so I can just pick their brains. So whether other people enjoy listening to it or not, I know my mom and dad listen to it, just to have a lot of people on from a lot of different industries, just to be able to pick their brain.”

Dellavedova is truly cherished by Cleveland fans, and he should know that by now. He always plays hard, he never gives up, and his Australian accent is basically a must listen any time he talks. Hopefully Dellavedova can become more of a mentor to the young guards like Sexton and Garland. It’s easy to see his minutes load lightening, just because the Cavs have so many young players.

The Cavaliers will be doing media zooms for the rest of the week, so be on the lookout for more of these write ups in the near future.