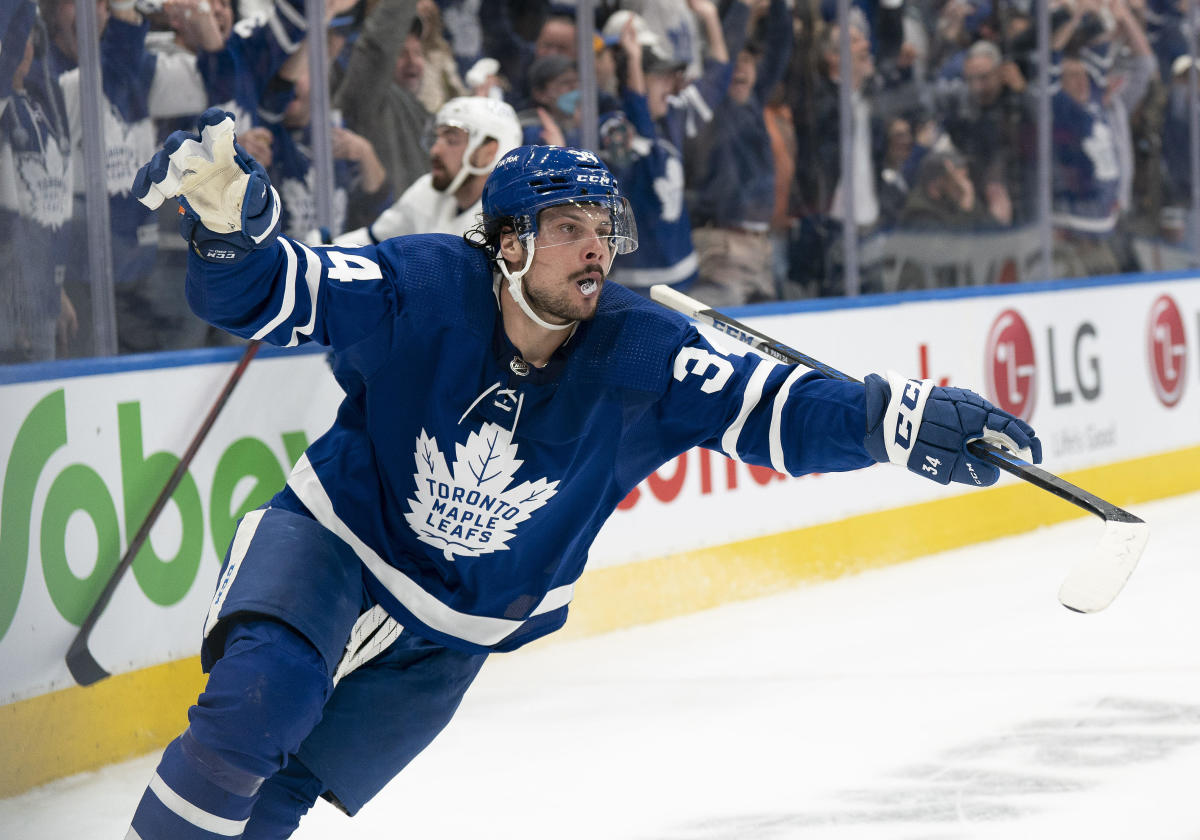 Not only is his chemistry with the rest of the Leafs outstanding, and not only is he an amazing all-around player and person with his charming personality, bucket hats, and casual attitude, Auston Matthews’ personal aura does not give off the essence of a top of the line NHLer. The 60+ goal 2021-22 season for the 24 year-old looked as simple as taking a breath of fresh air. He tips in pucks in the net like a goalie wasn’t even in the crease, barely breaking a sweat and nonchalantly throwing a minor celly afterwards. Auston Matthews’ came to the NHL awards tanned in all Gucci and white Nike Pros, sweeping the Hart, Ted Lindsay, and the crowd off of their feet.

Auston Matthews is the personality and the charm and the star the NHL needed and deserved after so many battered guys and hockey robots came and went. And his personality is not all the Arizona born player has to offer. Since his 4-goal NHL debut in 2016, Matthews never let up. Scoring 40 goals in his debut season and never dipping below 34 to follow.

His highest goal scoring season being this year’s when he put up 6o goals in the regular season with 4 in the postseason. Jumping from 41 goals in 2020-21 to 60 in one year, not counting the shortened season due to the pandemic, demonstrates that he took that time to improve his hockey and provide us with a stellar season in that time off.

Auston’s chemistry with Mitch Marner surely was a reason for his major boost in goalscoring. Drafted in 2015, Marner bonded quickly with Matthews’ playing style and they quickly became the dynamic duo that contribute greatly to the success of not only the two players but the Toronto Maple Leafs as a franchise.

The Leafs, while still suffering from their Game 7 and first-round curse, managed to make it to 7 games against back-to-back Stanley Cup champion, the Tampa Bay Lightning who put up a fight and evidently beat the Toronto team. However, this playoff performance was not a weak one by Toronto and there is massive hope for the future playoff performances if the Leafs can continue their chemistry and let Auston and Mitch continue to run the show.