In news sure to stun and excite hardcore wrestling fans around the world, IMPACT Wrestling is proud to announce legendary play-by-play commentator Mauro Ranallo will be part of its broadcast team for the REBELLION© Pay-Per-View on Sunday, April 25. 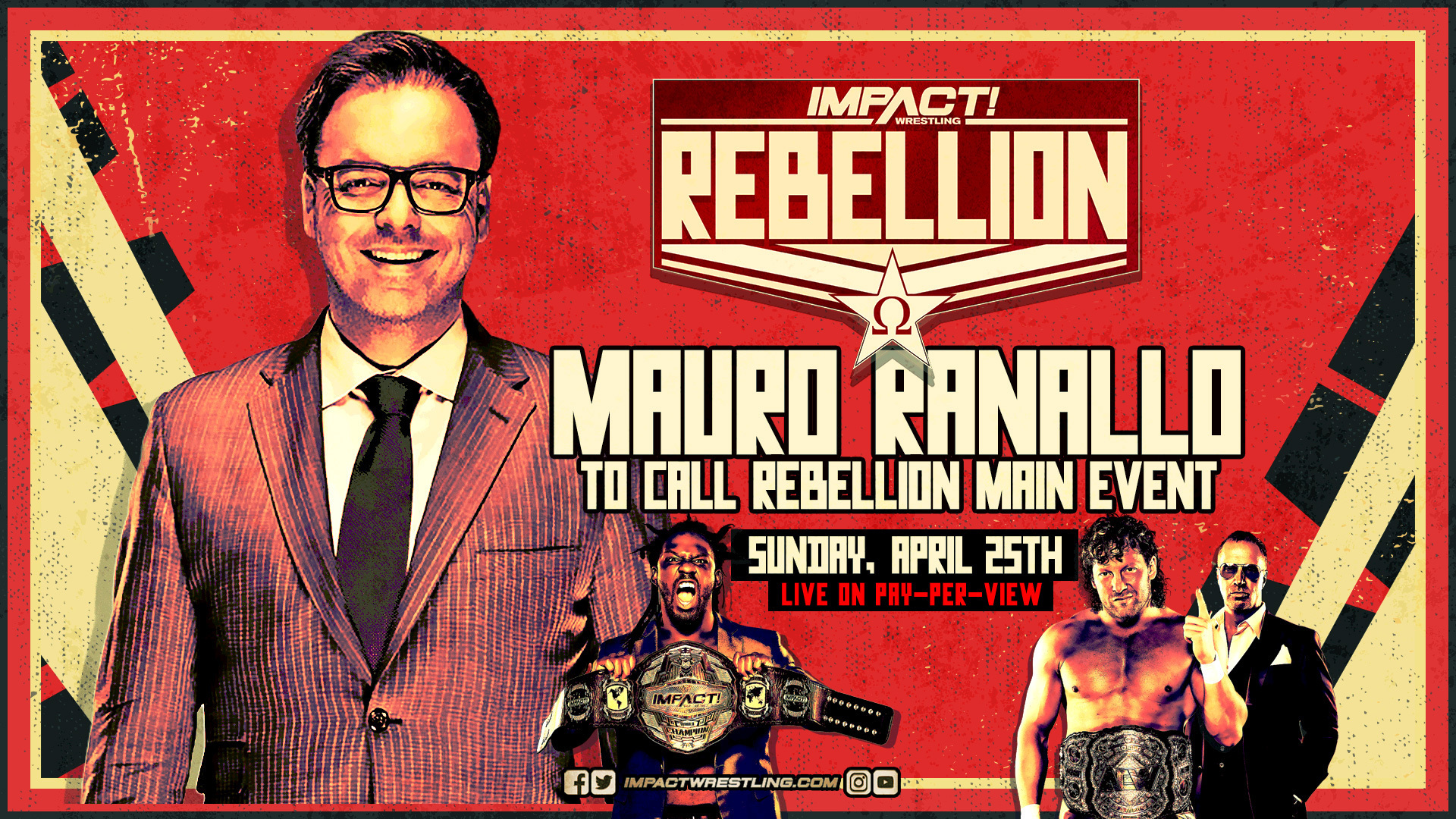 In news sure to stun and excite hardcore wrestling fans around the world, IMPACT Wrestling is proud to announce legendary play-by-play commentator Mauro Ranallo will be part of its broadcast team for the REBELLION© Pay-Per-View on Sunday, April 25.

Possessing an immediately recognizable voice, a sui generis style and an encyclopedic knowledge of combat sports, Ranallo is widely considered one of the best play-by-play announcers of all time.

REBELLION will be available on Pay-Per-View in North America on SUNDAY, April 25 at 8pm ET/5pm PT on InDemand, DISH, DirecTV, Vubiquity, Rogers, Bell, Shaw, Sasktel. It will be available around the world digitally via FITE TV (pre-order NOW).

The self-identified “Bipolar Rock ‘N Roller” has lent his voice and enthusiasm to the biggest events in combat sports history, including Showtime Sports Mayweather vs McGregor PPV, PRIDE Fighting Championships and New Japan Pro-Wrestling. Ranallo is the first person to call boxing, MMA, pro-wrestling and kickboxing on American network television.

“Swann vs Omega, champion vs champion, title vs title – this match represents everything I love about professional wrestling,” said Ranallo. “I have been fortunate to call these two superstar’s matches in the past and I’m very excited to be part of this historic encounter.”

IMPACT Wrestling executive Scott D’Amore said: “This once in a generation title vs. title showdown deserves to be called by the once in a generation play-by-play announcer. I’ve known Mauro for over two decades. There are very few people in the world who are as passionate about or know their wrestling history as well as Mauro. This is an historic main event, the world champions of two major organizations putting everything on the line. I’m thrilled that April 25th, at Rebellion, fans will have Mauro’s legendary voice proving the soundtrack to history!”