McAdoo: Defiant To The End.. 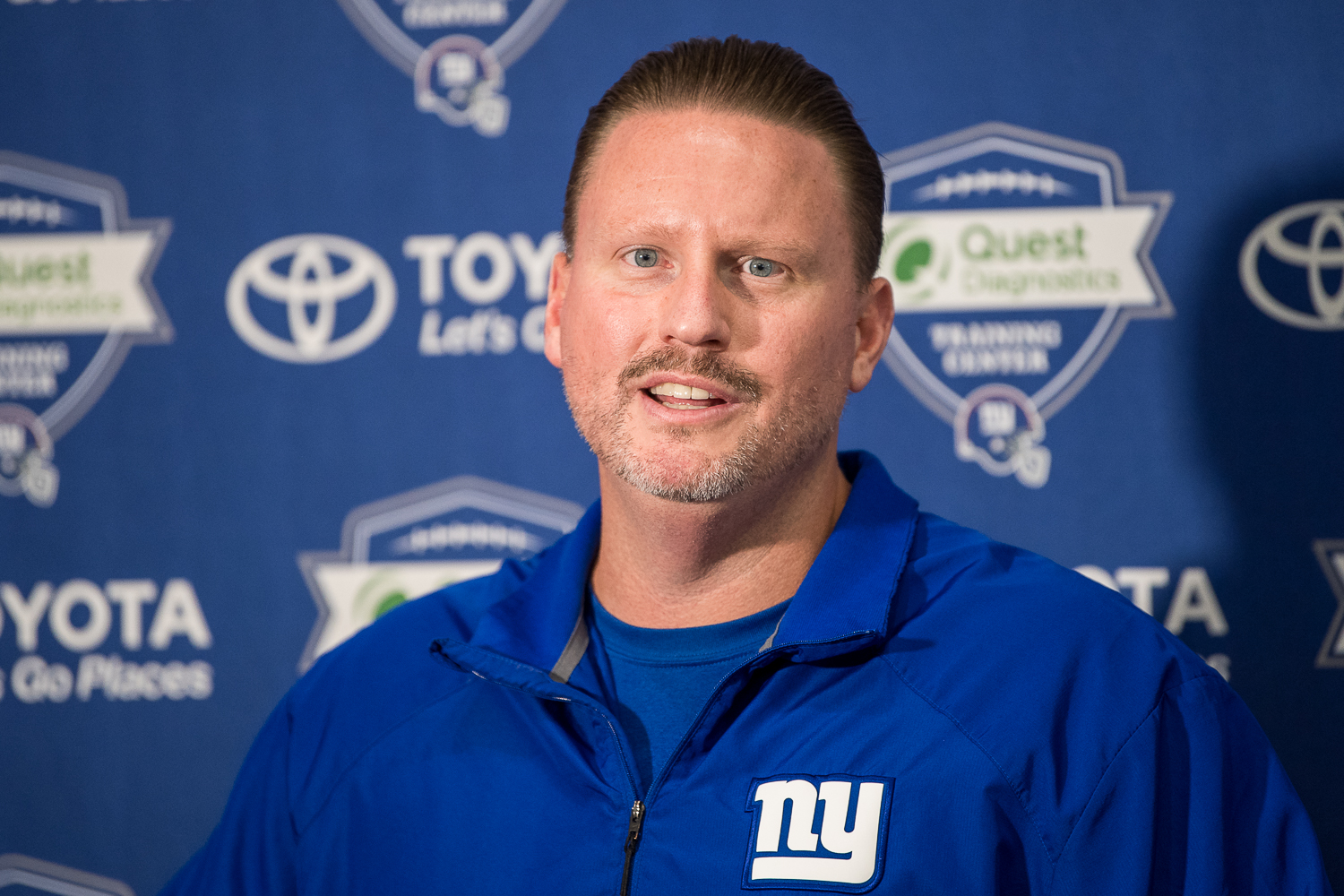 Just when you think the situation with the New York Giants could not get any worse then the mounting injuries, the lack of effort on the field, the suspensions, and the mistreatment of their captain, reports had come through ESPN that the Giants were most likely making a coaching change after their game against the Raiders. No announcement was made but you felt a different tone out of Head Coach Ben McAdoo.

McAdoo came out and showed a little more emotion during his post game news conference yesterday as maybe he sensed the writing was on the wall and knew his time is ending. He mentioned he felt bad on how he handled the Eli situation and understood the outrage from the fan base and wished it could have been different. Sadly, the damage has been done and clock might have struck midnight on his fairy tale.

McAdoo stated he will keep coming to work as long as his key card still worked at the facility. Minutes after that statement he made no commitment on who is starting QB would be against the rival Dallas Cowboys would be. “We have to look at the tape and we will make a decision early in the week”. Now it is not his to make.

Steve Tisch and John Mara were out in Oakland with the team and refused comment to reporters at the end of the game yesterday. If McAdoo was truly safe then we would have had some sign of assurance from them.  We got a “No Comment.”

McAdoo has been very difficult at times with the media giving one answer to multiple questions which had made his credibility be in question. Many times having to recant a statement and or question his own answers.

Most recently management has been disgruntled on how McAdoo handled the benching of Eli Manning. Their has been a lot of negative feedback from the fans, fan favorite alumni as well as the media.

McAdoo has had his reputation dinged up because of his desire to do things his way. He received major critisism on how he did not disicpline Odell Beckham Jr and the wide receiving group from their boat trip down to Florida on a team off day the week of a playoff game. Critics commented on how Tom Coughilin would have never let that happen.

After a lack luster training camp, the team started 0-2 with the feeling of being able to turn the effort switch on when the team became fully healthy. Any dreams of making it to the Super Bowl were dashed away with a 61 yard field goal win by the Philadelphia Eagles in week three.

The game against Philly was low lighted by an Odell Beckham celebration of him mimicking a dog urinating on the field. Many felt Beckham should have been punished by such behavior. McAdoo claimed he had not seen it but management had and they were not happy with the results.

The team continued to struggle but the words out of McAdoo’s mouth were the same. “We had a great week of practice” though it never translated on the field. it turned out to be the same line consistently.

Then came the game against the Chargers as the whole wide receiving group went down with injury. While the whole team gasped with fated breath knowing out of the four injured players only Sterling Shepard would be returning to fight another day for the 2017 season.

As the losses mounted for the Giants, the offense continued its struggles against Seattle, and the team looked lifeless against the Rams as they were blown out of the building, it was turning into a nightmare.

Then came the reports from ESPN that players admitted that players have turned against Ben McAdoo and quit on the team. Mcadoo’s response? “I have an open door policy and players can feel free to come in and speak freely.” This was the same policy that saw DRC and Janoris Jenkins found themselves getting suspended from.

We don’t really have to bring up the Eli Manning’s situation do we?

Such great phrases as Geno Smith gives us the best chance to the game is still one of the more odd things to say to the media when we as people who follow New York Football know what Geno has to offer.

McAdoo was not a bad guy nor a bad coach, he just was put in a real tough situation. A situation that had his back against the wall constantly that made him an easy target to the media attack him with is own words.

I believe McAdoo will get another opportunity and New York was not the right place for him or any first time coach.

For right now he was not what the Giants need..