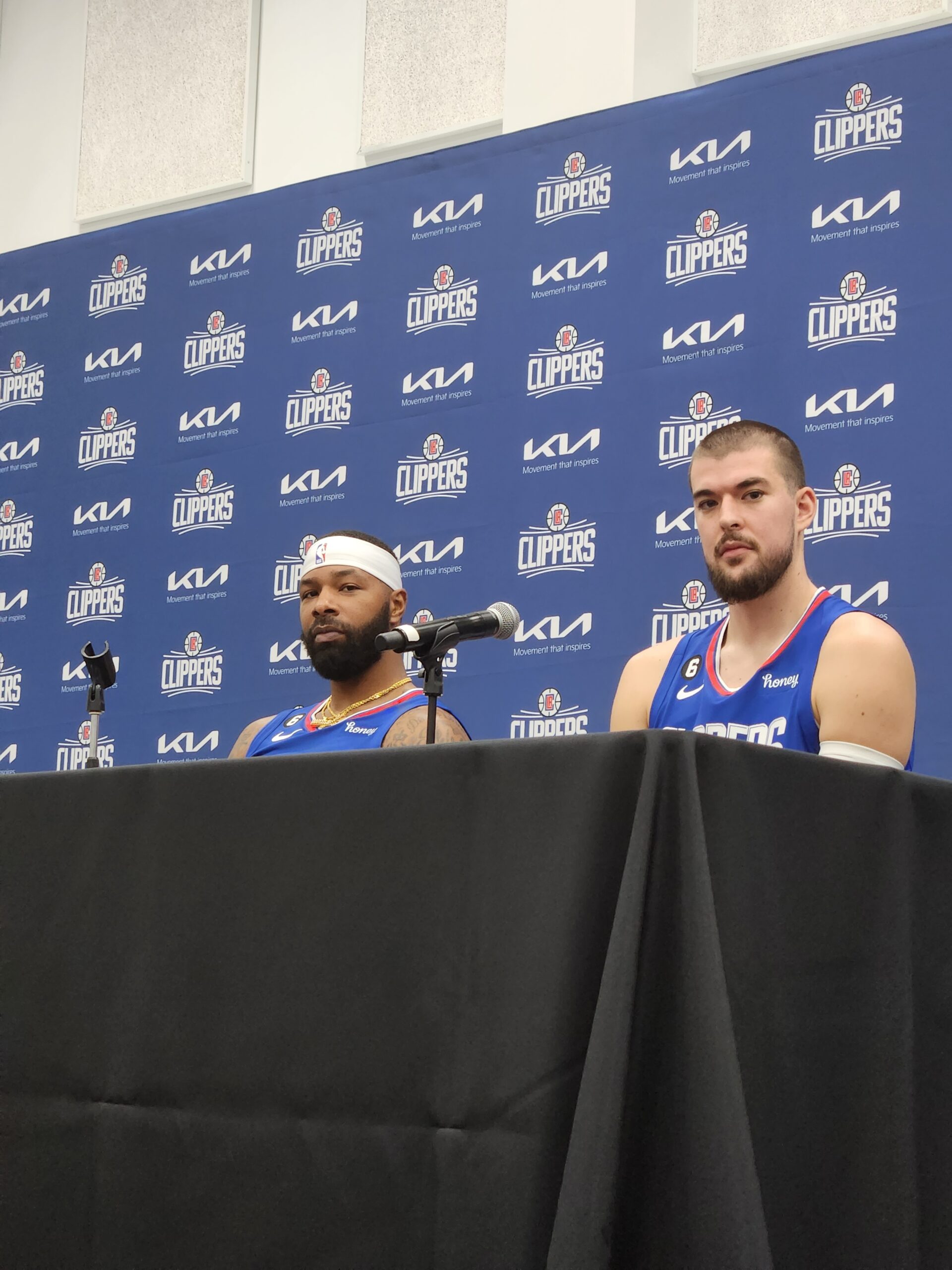 After a long summer, the Los Angeles Clippers will get training camp underway on Tuesday out in Las Vegas. They traveled to Vegas on Monday, but not before going before the media for media day. The day began with all smiles from players and coaches because of the excitement surrounding this year’s team. It’s been a few years since the media and these players have gotten together, and there was excitement throughout the facility.

After not making the playoffs a season ago, there is a lot of optimism surrounding this year’s team as they are projected to win 51.5 games this season (5th most) and that’s contingent on health being the most important element.

Superstar Kawhi Leonard is expected to participate in 5-on-5 drills when camp begins for the first time since tearing his ACL in his right knee back in June 2021, and he’s excited to be back with his teammates that competed without him night in and night out. 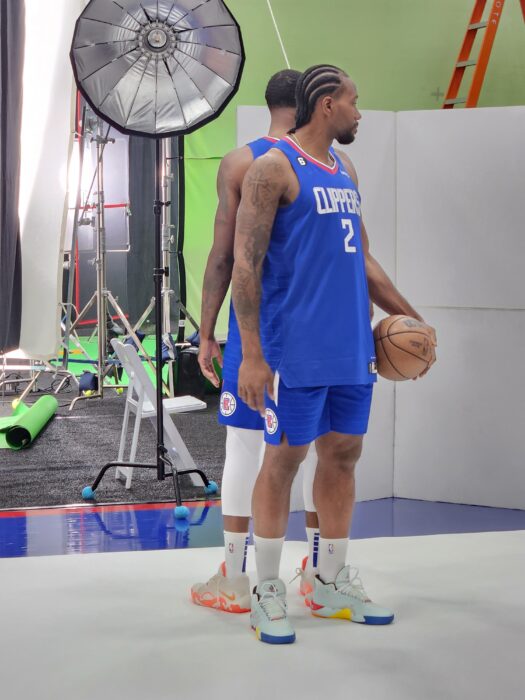 “I feel stronger,” said Leonard. “It’s been 14 or 15 months of no basketball… my teammates didn’t want to give up. They could have laid down and bummed the season. (Now) I can come in and help us win more games and PG is healthy, and we have John (Wall), so we have to see how it all unfolds.”

His teammate Paul George, who came to LA along with Leonard back in 2019, only suited up for 31 games a season ago (right elbow) and missed their final play-in games against New Orleans due to health & safety protocols. He spoke about the expectations people outside of the Clippers organization has for this team.

“It’s good to have that pressure,” said George. “Not a lot of teams get that pressure going into a season and we honor and embrace that. Very excited for what’s to come here. This year is definitely a great opportunity for us to win and win big.”

There were some players who were excited to have the media back in attendance after the pandemic altered normalcy and point guard Reggie Jackson was one of them.

“I am excited to see all of the faces,” Jackson said, beaming.

Jackson has become a fan favorite in LA since arriving back in late 2019. He and newly-acquired John Wall will battle throughout camp for that starting role even though Jackson started all 75 games he suited up a season ago. Wall spoke about his chances to win with this group and what it would be like playing for a championship coach like Ty Lue.

“I think he’s a hell of a coach,” said Wall. “He’s won a championship and he knows what it takes and he knows how to challenge his players.”

Coach Ty Lue will have veterans and young players he will lean on throughout the season.

The addition of Robert Covington and Norman Powell late last season from Portland, to go along with Marcus Morris, Nicolas Batum, Luke Kennard, Terrance Mann provides depth and versatility that’s second to none. “I’m excited,” Morris said. “Offensively, I don’t see how you match up with us.”

They will travel to Seattle to get their preseason underway Friday September 30th against the Maccabi Ra’anana of Israeli National League, then they’ll take on Portland on Monday October 3rd.

A New Royal Era
Silas and the Family Stone