Mekale McKay Wants You To Stick With the Guardians 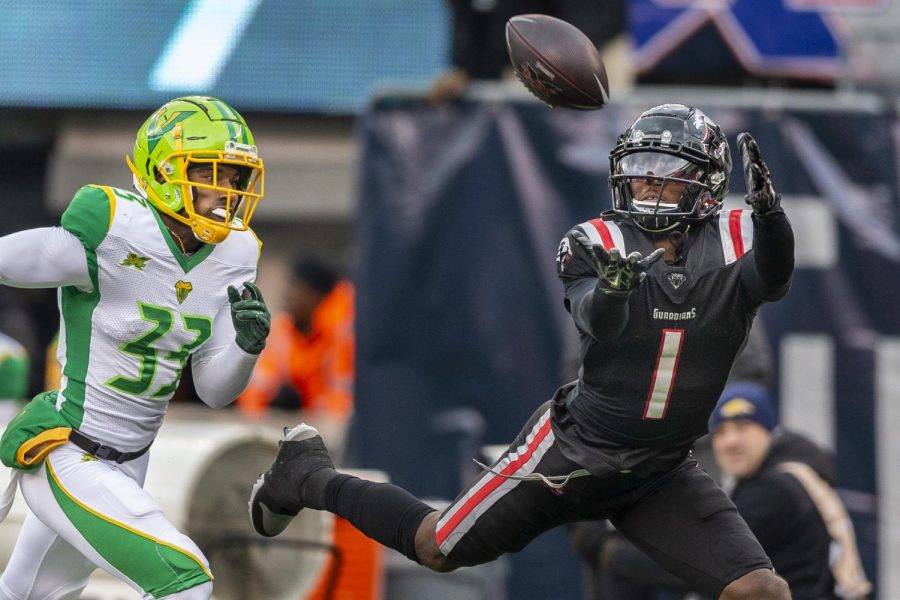 New York Guardian’s wide receiver Mekale McKay is an important member of the team’s offensive attack. McKay spoke with Back Sports Page (BSP) about his opportunity playing in the XFL.

McKay was born in Louisville, Kentucky and played both basketball and football in high school. McKay had to make the tough choice of committing to one sport.

“I didn’t initially make my decision until after my freshman year of college. I just figured football was the best route for me. It was kinda like my first love so I just stuck with it.”

After going undrafted, McKay signed with the Indianapolis Colts. However, he was waived without playing a snap. McKay has spent the last few seasons bumping around on practice squads with the Jacksonville Jaguars, Denver Broncos, Tennessee Titans, Chicago Bears, and Dallas Cowboys.

McKay found himself in 2019 without an NFL job, and he signed with the San Antonio Commanders of the newly formed Alliance of American Football (AAF). However, after the AAF folded after one season, McKay was again out of a job.

The New York Guardians of the newly formed XFL drafted McKay in the first phase of the 2020 XFL Draft. Considering the XFL has different rules than the NFL, Back Sports Page asked McKay the biggest difference between the two leagues.

With different rules in the XFL, BSP asked McKay what his favorite rule was.

“Playing receiver, one foot in. Give us a little more ground. We always want to play at the highest level in the NFL. Whenever we get that rule change with one foot in its a real big thing.”

As a wide receiver, his answer makes sense. The XFL abides by the college rule of allowing one foot in bounds for a wide receiver. Compared to the NFL, where you need two feet in-bounds for a catch, this rule makes McKay’s job a little easier.

“I think it is pretty cool. I think all the guys deserve an opportunity to get on the big screen and shout out their people. I think it’s a good deal.”

Throughout the first three games of the XFL season, McKay has seven receptions for 105 yards for the offensively challenged Guardians. McKay told BSP what being a Guardian meant to him.

“A Guardian to me is a tough guy, a tough dude, a protector. Somebodies who’s gonna come out here and fight and get wins for the NY/NJ area.”

McKay had an important message for Guardian’s fans.

“Stick with us man. We are just getting started on this road. Through the good and bad, stick with us, man. We got a lot of excitement and guys on this team who have the ability to make big plays. Once we get it rolling, it will be hard to stop us.”