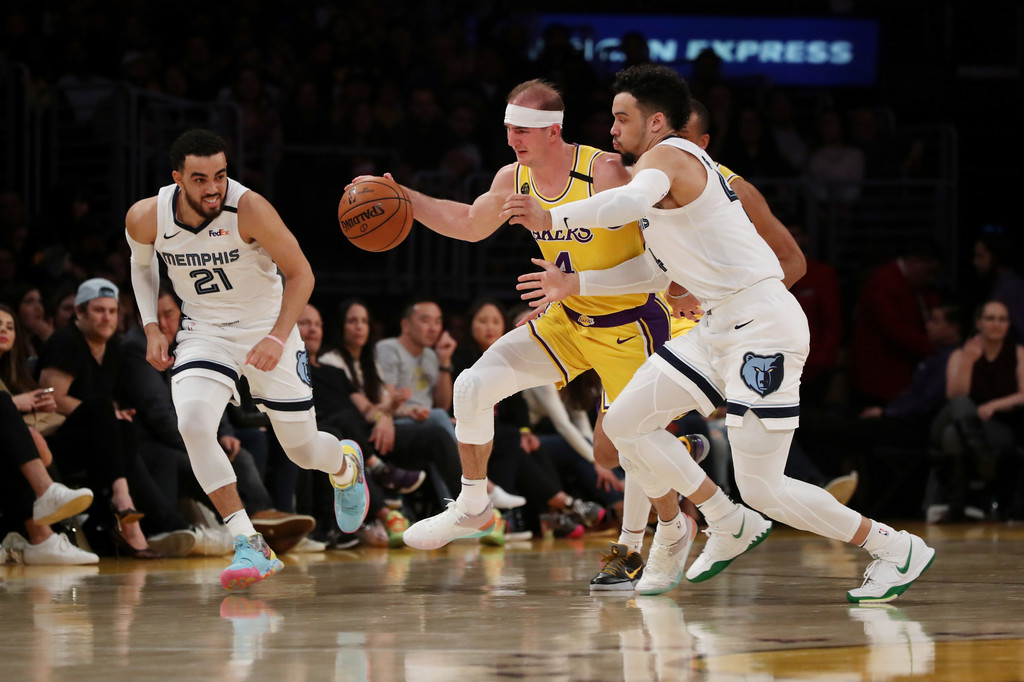 The Memphis Grizzlies open their season in Minnesota on Saturday, and though all hands are focused on generating momentum for the regular season, it’s clear that secondary goals differ widely across members of the team. For Tyus Jones, a trip to the Twin Cities means a return home. The 23 year-old was born in Burnsville (20 minutes from the Target Center), and spent the first four years of his NBA career in a Timberwolves uniform.  “It’s pretty cool getting a chance to play against some of the guys I spent a few years playing alongside” Jones quipped, “every time we get to go back there for a game it’s always enjoyable”.

As for his approach to the game itself, Jones advocated for mental compromise of sorts. “I think you have to find a middle ground”, he noted, “you gotta approach these games like real games in terms of our readiness…but at the same time they are exhibition games, so they are there for us to get into game shape, to iron out the kinks”,

From the perspective of Dillion Brooks, his third preseason will be judged on getting up to game speed. The Oregon Duck noted that he made it a priority to stay in the best shape possible, knowing he’ll be returning to the starting lineup for the second consecutive season. He’s one of three Grizzlies that coach Taylor Jenkins has confirmed as a starter, but it’s easy to picture Brooks’ even-keel attitude meshing with whatever players his coach decides to insert next to him.  Brooks went out of his to way to exalt some of the team’s rookies, praising Desmond Bane’s ability to spot up and the activity of Xavier Tillman.

Having garnered the reputation of a poor defender, Brooks is especially excited to flash his improvements against the Timberwolves. Assessing his priorities on the defensive end, Brooks told media that “making [opponents] take tough shots and limiting our fouls is something I gotta improve on throughout the year and you’ll see it”.

As for Jenkins, the sophomore coach preached the importance of his “daily vitamins”—the development of solid habits on either side of the ball. He views Memphis’ four preseason games as an opportunity to experiment. Outside of cementing beneficial habits, he plans on using the time to assess which ten players will comprise the core of his rotation and in which combinations they’ll be best used. For Jenkins, wins and losses won’t define this preseason so much as the level of competition and experimentation. “We have to have the approach every day that we’re competing on the highest level”, he reflected on his goals. “Now that the lights are on a little bit more…we’re gonna get better”.