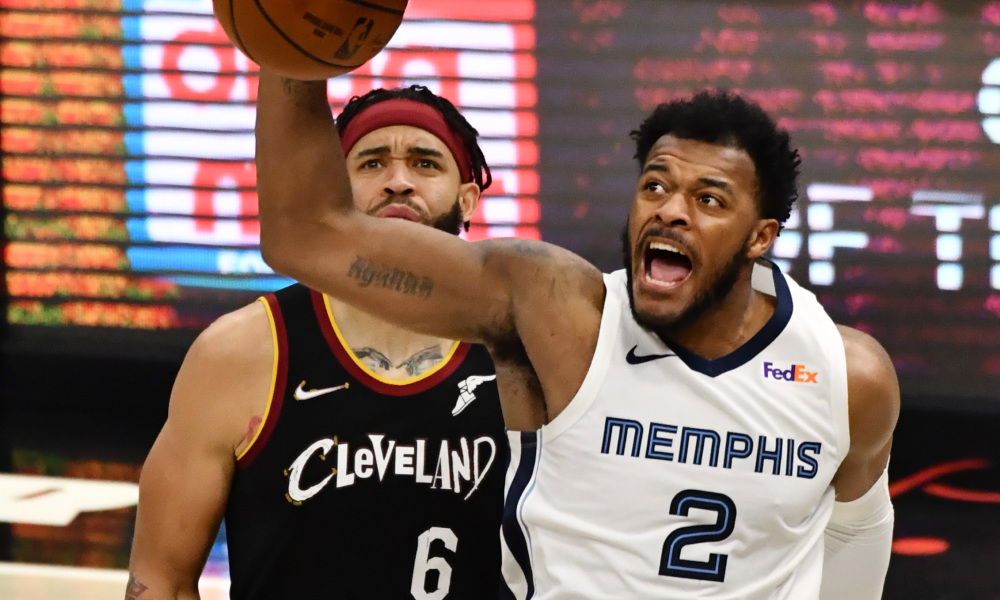 It was a hell of a season for the Memphis Grizzlies. Marked by high highs and low lows, it seems like the Grizzled young veterans went through nearly all the trials and tribulations the NBA has to offer. They faced a plethora of injuries, a myriad of COVID complications, struggled in crunch time, were hosed by the referees–I could go on. Point is, the squad overcame every challenge thrown their way with flying colors. In a year where the Western Conference was as stacked as ever, the Grizzlies battled to a playoff berth despite their incredibly young age. Let me illustrate how astounding that last fact is. Excluding the Grizzlies, the NBA’s five youngest teams finished a combined 88-200 (a 30.5% winning mark). The Grizzlies, the second youngest team in the league, made the freaking playoffs. I don’t know how you *can’t* label that as a smashing success.

It was also a hell of a season for me, personally. Though 2020 was a year of neverending oddities, this one always took the cake for me: I started covering the Memphis Grizzlies halfway across the country out of my childhood bedroom.  What’s even weirder, the community took me in with open arms. I can’t stress this enough: nobody had to do this. I was just a kid from California, about as far away from Tennessee as one can get. I could have blown through town like a tumbleweed and not a soul would’ve batted an eye. Instead, you all bore with me name-dropping heliocentrism, asking questions about Cheesesteaks, and hemming and hawing about correlations. To my mentors both from and beyond the site, the top-notch Grizzlies PR staff, and of course, everyone who read my work, I can’t thank you enough.

So that’s the 2020-21 season in the books. We laughed, we cried (I definitely did during some of those 1:00 AM pressers), we learned, we grew. So now what? Where do I go from here? Well, I’m hoping this new series should help answer that question. Welcome to the first edition of Shots that Mattered, where I take an irrationally deep dive into the shots that defined the Grizzlies’ season, their effectiveness, and what they reveal about the team going forward. To be clear, I’m referring to shots in a general sense. I won’t be writing about Ja Morant’s scoop layup against the Utah Jazz on February 20th with 6:56 left in the third quarter, though I could probably word vomit a decent amount about that. Instead, I’ll be looking at the moves that define a player’s game–think Dirk’s fadeaway, Kareem’s skyhook, and the subject of this article: Xavier Tillman’s floater.

At first, this may seem like an odd choice for the debut of this series. After all, there are certainly more high-profile weapons within the Grizzlies’ arsenal. I could’ve easily profiled Ja Morant’s fireworks near the rim, Dillon Brooks bringing back the midrange, or Kyle Anderson’s emerging three-point stroke. All in due time. But to kick off the series, I wanted to procure a shot that encompasses the team’s season–the unsung values of their playstyle, strengths, and long-term outlook. With those qualities in mind, I don’t think a single shot serves that purpose more than X’s superior float game.

Let’s start with the obvious–the Memphis Grizzlies are young. Like, real young. With that youth often comes an endless well of athleticism, which Taylor Jenkins and company have regularly tapped to the tune of the league’s eighth-highest pace. But while athleticism can prove beneficial, it often has its drawbacks. If youth is a signifier of breakneck speed, it’s also the hallmark of immaturity. Young teams tend not to make the greatest decisions in-game, whether that manifests in poor shot selection in crunch time, costly turnovers, or a lack of dedication.

That brings me to what I affectionately call Memphis’ Minor Miracle. Excluding the Memphis Grizzlies (the NBA’s third youngest team), the other four youngest teams in the league finished a combined 88-200. Meanwhile, in an absolutely stacked Western Conference, the Grizzlies somehow made the playoffs. That’s insanity, brought to reality by the Grizzlies’ ability to combine their speed with a wisdom that’s well ahead of their years. So, how does a floater serve as the symbol for that? The answer is surprisingly simple. The shot’s the best example of Memphis’ ability to combine speed (the floater’s one of the quickest shots in the team’s bag of tricks), and the finesse developed by their maturity.

To begin, Tilmans flips up his signature shot in a matter of milliseconds, automatically making the floater one of the most difficult to defend on the team. This allows him peak efficiency as a finisher. Though Jonas Valanciunas has made his name as a bruiser in the low post, his game requires more time than the average big, allowing opposing defenses to close any gaps while he lumbers into a finish. X, on the other hand, doesn’t have as deep of a bag of tricks, so making sure that his defender has no time to recover is paramount to ensuring the effectiveness of his floater.

I might go so far as to say his floater is the most potent on the best floater-shooting squad in the league. While I’m a huge fan of the teardrops of Tyus Jones and Ja Morant, the guards need a dribble or two to create separation in the lead up. On the other hand, Tillman can use his 6’9” frame to hoist up a shot without worrying about the length of the defender, meaning he can often get it off completely uncontested.

Tillman also excels in getting the floater off in a variety of situations. Conventional basketball thought dictates that young Xavier would nab the majority of his shots as the pick-and-roll screener. While he was certainly effective in that regard (in the 70th percentile as the roll man), he excels at finding nuanced ways of getting off his floater in a variety of situations. One of his favorite tricks is to use the illusion of the pick-and-roll to flip the screen 180 degrees and pop out for his patented flip shot. The fact that I pulled a clip of him doing this with Dillon Brooks is no accident–the Oregon Duck is probably his favorite player with whom to run this action.

Tillman also knows when to straight up slip the screen, reading lazy defenses trying to guard ball screens on autopilot.

As you can tell, a large part of Tillman’s success in the floater game comes from Tillman’s basketball maturity. Though his intelligence shines through in his floater game, the shot is also reflective of his rock-solid chemistry with his teammates during their rookie year. This is an impressive feat, especially in a year in which training camp and the preseason were drastically reduced due to COVID-related scheduling issues. Yet, Memphis came out of the gates as interchangeable and connected as ever. Here, the ever-switchable Anderson knows exactly where Tillman’s going to be, allowing him to rifle the impressive no look, behind the back dime.

And this, dear reader, is why I love Xavier Tilman’s floater as much as I do. It’s not a product of one’s individual talent, nor the result of a refined two-man. Instead, it’s often the culmination of the talents of everyone on the floor for the Grizzlies at a given time, a representation of the team’s strengths that made this season one of the most fun in recent memory. The spacing! The sheer depth of playmakers! The selflessness! It all adds up to one of the most effective shots in the Memphis Grizzlies’ rolodex.

Make no mistake, just because Tillman has the shot down pat, doesn’t mean there isn’t room for him to grow. After all, this is a young team, developing constantly while racking up accomplishment after accomplishment. Garnering a three-point shot, growing more of a two-man game with Morant, bulking up to defend some of the league’s most physical big men–all of that will come with time. For now, let’s celebrate the growth as it happens rather than looking years down the road. It’s all in the journey after all.

Even I myself am trying to look that way at my interactions with the Grizzlies. I have a lot of room left to improve as a writer, media member, speaker, you name it. But instead of demanding myself to take a leap with every article I write, I’m doing my best to enjoy the moments along the way.

Let me give you an example. In the course of writing this article, I drove down to Memphis from my home in St. Louis in order to thank the Memphis Grizzlies’ PR Staff. They’ve done an amazing job coordinating media availability through what I have to assume was one of the most challenging seasons to work for an NBA Franchise. It was an amazing trip. After covering the team virtually for almost six months, standing outside the Forum for the first time was downright euphoric. Seriously–I almost teared up getting to see the arena in person. That sense of connection to a city I had basically never been to, an arena I had never sat inside, a team that I’ve never watched play in person is something I will remember for the rest of my life. It’s been a season of fun and growth for myself, Xavier Tillman, and the entire Grizzlies organization. With all of the above growing older and wiser, I can’t wait to see how the fruits of labor manifest themselves both in and outside the arena. Until that happens though, stay well, stay safe, and enjoy the music. I’ll catch you next time.

One Stop Podcast: 6/11
Nuggets Feeling The Loss Of Jamal Murray