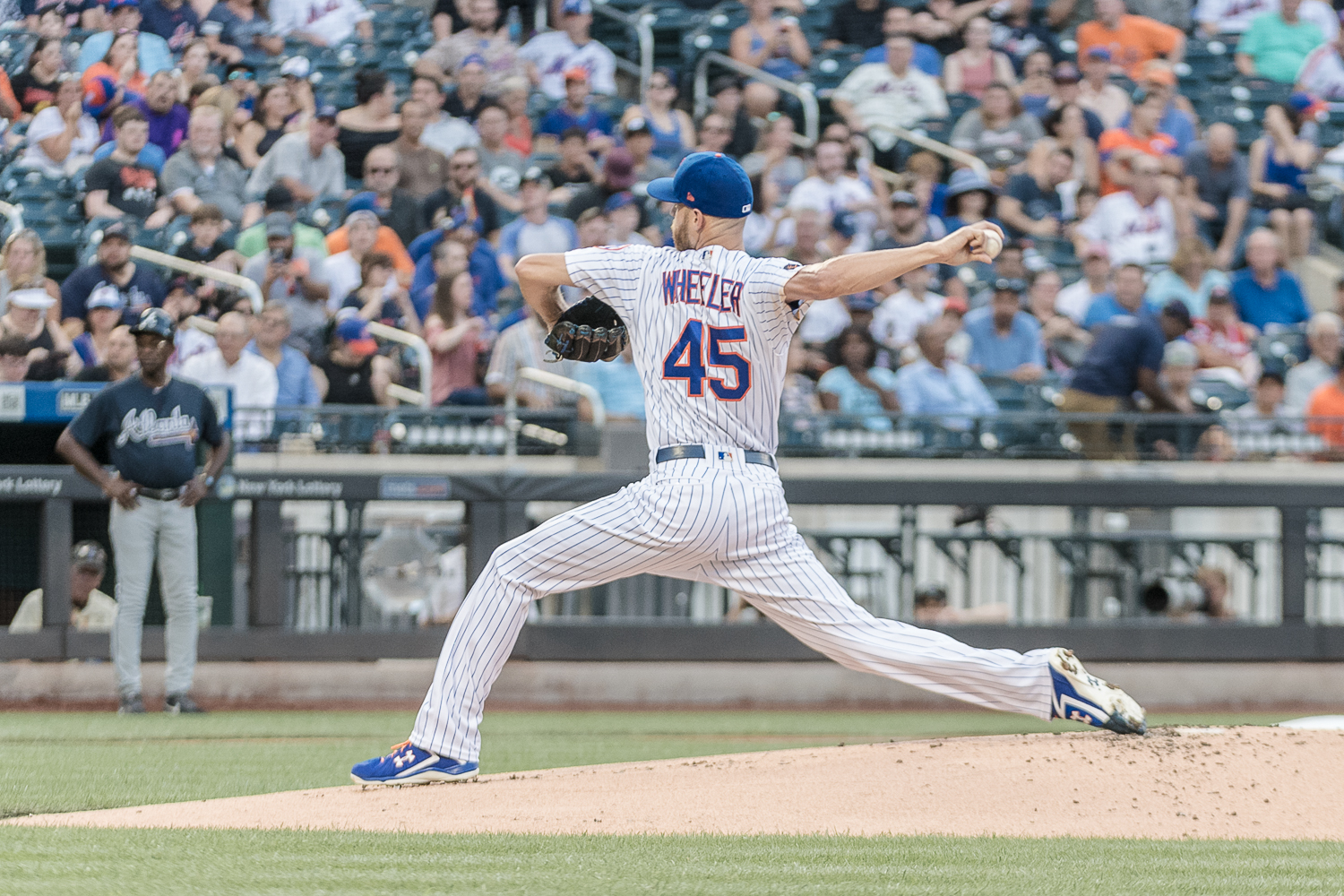 Last weekend, I had the opportunity to spend the afternoon on the field and in the clubhouse at Citi Field for the Mets vs. Braves game.  As a longtime Mets fan I couldn’t think of a better way to enjoy a ballgame.

I got to the park at 4pm. The game was scheduled to start at 7:10. It was Thor bobblehead day so fans had already started lining up at the gates. I picked up my media credentials and made my way into the stadium.

When I got into the park I made my way right onto the field. The Mets were taking batting practice. As I rubbed elbows with the players I watched the newest Met, Jeff McNeil, launch balls into the Coca Cola Corner out in right field. The 26-year old prospect uses an unorthodox bat that does not have a knob, but nonetheless, went 4-4 that night with a defensive gem in the field to boot.

“I’ve had a few guys go, ‘How do you hold that? How do you use that bat?’” McNeil said. “It feels light to me. If I pick up anybody else’s bat it feels really heavy.”

In an otherwise mostly disappointing season, McNeil has been a recent bright spot. He hit .342 over two minor league levels this season before his promotion to the big leagues.

“He’s able to manipulate the barrel,” Mets manager Mickey Callaway said. “He’s able to put tough pitches in play or foul them off to see other pitches. He’s done a great job at the plate.”

As the blazing sun hung over the field, most of the players rolled out of the clubhouse and onto the field to stretch and swing. Todd Frazier, who is coincidentally from my own hometown, came over to mingle with friends and family as they peered on. Todd is well known in the metropolitan area for winning the Little League World Series for Toms River, NJ in 1998.

As batting practice winded down I went back into the stadium for a late lunch. I’ve always been very pleased with the food and amenities throughout Citi Field (I’m a big Shake Shack fan), but I decided to take advantage of my credentials and worked my way into the media lounge.  There, I had chicken marsala with cheesy grits and broccoli. One of the best meals I had at Citi Field, which I enjoyed alongside Howie Rose who is the Mets radio play-by-play broadcaster.

In 2013, I interviewed Howie when he released his book Put It In The Book: A Half Century Of Mets Mania.  You can read that interview here: (link: backsportspage.com/mets-broadcaster-howie-rose-puts-it-in-the-book/)

“He obviously pitched really well,” Callaway said. “I saw the same power fastball and good break on his slider. I think his consistency is just allowing him to feel a little more confident each start and go out there and put up better and better starts.”

Wheeler was expected to be trade bait at the deadline on June 31st. The Mets parted ways with tenured closer Jeryus Familia and infielder Asdrubal Cabrera, but elected to keep their core pitching staff in place.

“I just go about my business and I just try to win,” Wheeler said.

On Saturday night the Mets defeated the Braves 3-0 as Wheeler’s ERA dipped below 4.00 for the first time since the beginning of the season. Four straight singles from Michael Conforto, Austin Jackson, Frazier, and McNeil sparked a sixth inning rally and the Mets never looked back.

Although this year has been riddled with injuries, the Mets are getting several key players back to close out the season. Most notably, David Wright will play a minor league game for the St. Lucie Mets on Sunday August 12. Wright has not played a game in the big leagues since May 27, 2016. Jay Bruce is also scheduled to begin a rehab assignment this week.