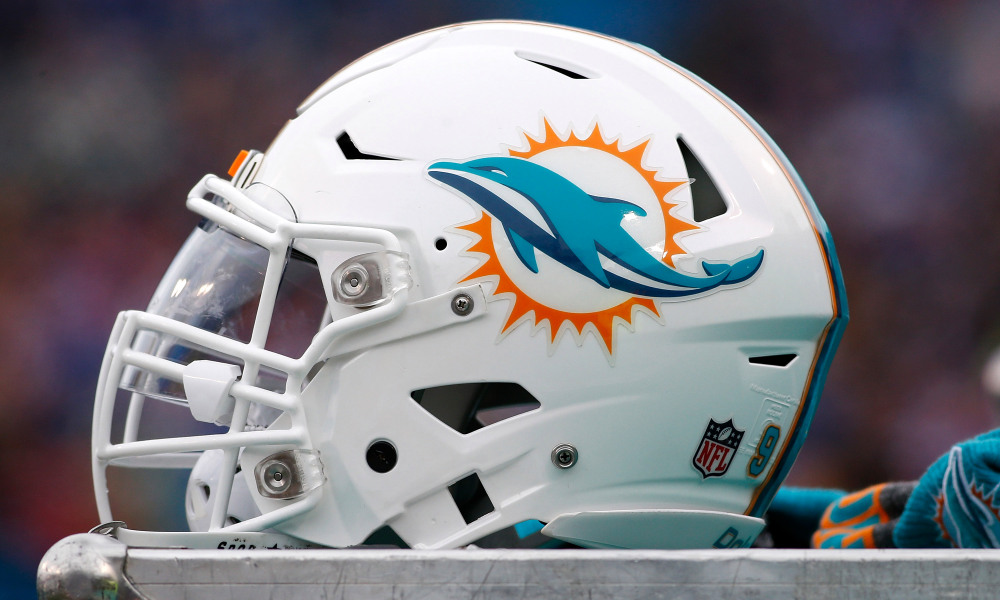 The Miami Dolphins have a tough task ahead. With a young quarterback, a shake up in the wide receiver core, and two new offensive coordinators, they need to hit the ground running to make the most of the first ever 17 game regular season. Below is a brief analysis and prediction for each of those games.

I think the Patriots will look great in the upcoming season, I just don’t think they’ll be great by week one. If New England walks out with a gameplan that doesn’t work, they might be tempted to stick with it all the way through instead of taking chances on “Plan B”. Note: Plan B’s full name is Mac Jones.

Miami’s first, biggest, and maybe only upset of the season, I think they take advantage of a team that did a great job retaining talent this offseason but not enough to improve. It’s tight, but I think home-field advantage decides this one.

Both these teams are stacked with Alabama talent. Las Vegas comes into this game with a most-likely-healthy Henry Ruggs lll as well as Josh Jacobs, Alex Leatherwood, and former Miami Dolphin Kenyan Drake. I don’t have to say much about the Crimson Tide tandem in Tua Tagovailoa and Jaylen Waddle either. Unfortunately for the Raiders, when it comes to non-Alabama talent, Miami is far beyond where the Raiders stand roster-wise. This game might have some feel-good moments and cute reunions, but the inevitable beatdown ends this game on a sour note for anyone not picking the Miami Dolphins.

It’s hard to tell how good the Colts will be this year, and this game could go either way without me being surprised. But even if the Wentz-Reich reunion doesn’t pan out, I think the Colts can steal this one on Miami’s home turf. Indianapolis is unbelievable on both sides of the line of scrimmage, and the one-two punch of Nyheim Hines and Jonathan Taylor opens up Indy’s offense in a way Myles Gaskin can’t for the Dolphins. That’s without mentioning Marlon Mack… If he’s healthy, that even further widens the gap between the two run games.

Admittedly a winnable game for Miami, I have them losing in a defensive battle against the defending Super Bowl champs. Even with shiny new receivers, I think Tua has a tough time putting points on the board in a low scoring affair where Miami’s lack of a run game comes back to bite them for the second week in a row.

There’s a lot to be excited about when it comes to the Jags, as long as you’re thinking long term. In the short, this is still a three-to-four win caliber team. There’s simply too much work to do roster-wise for them to be anything besides the third best team in Florida. The Miami Dolphins handle this one easily, but they shouldn’t get too comfortable. In a few years time, this matchup could be extremely competitive, just not this year.

Without even taking a snap in the NFL, Kyle Pitts is already one of my favorite players. But a rookie tight end can only do so much, especially in the absence of Julio Jones. Atlanta has a hard time moving their offense in this matchup, but Miami doesn’t. If things click early for the Dolphins, they’ll run away with this one.

Well, the first time this pair fought it out, I took the home team, I’ll do the same here. There’s a lot of great Dolphins fans out there, but I’ve never seen them throwing themselves through tables in sub-zero temperatures. Bills take this one to tie the series.

If you can’t beat ‘em, join ‘em. Brian Flores might be hoping that’s what’s on Deshaun Watson’s mind after this matchup. As trade rumors have slowly subsided, it looks like week 9 will be the Tua vs Deshaun show. I, and most others, would take Deshaun, but his lack of a supporting cast becomes obvious as Watson fails to take on Miami all on his own. Tua could take this opportunity, even against a sub-par defense, to earn fans confidence after a shaky start in his rookie season. Bonus points if he can find Will Fuller V in the endzone.

Truth be told, I’m not a huge believer in the Ravens. There’s a lot of flash and excitement in the way they play, but I don’t think it’s the best way to create consistent success. Unless this team can fill in some holes in the roster or Lamar Jackson returns to MVP form, they’ll fall short in Miami.

I think Zach Wilson is really good, but I don’t think the Jets are. It’s a tired point, and I won’t go into WHY the Jets are as bad as they are, they just are. Chalk this one up as a win for the Dolphins, assuming no divine interference.

I really like Carolina this year, I think they’ll be a lot better than people expect. I don’t, however, think they’ll be better than the Miami Dolphins. If Sam Darnold finds his stride with this Panthers offense, this could be a really fun matchup. If he doesn’t, it could get really ugly, really quickly.

This one could be close. After both teams went after receivers in free agency and the draft, this game could almost be a shootout. Why won’t it be? Miami’s elite defense and a quarterback in Daniel Jones who may still be struggling to find his rhythm. Granted, if Jones can step up, he’s got plenty of weapons, and we haven’t even talked about Saquon. Admittedly, I don’t think we’ll know what this matchup looks like until we see the Giants on the field, but right now my pick is the Dolphins.

Same case as their first matchup, except I expect both teams to play it a lot cooler this time around. By this point, Miami knows what they have, and I think they maintain full control of this game even with the Jets taking a more methodical approach.

Similar to the Colts and the Panthers, I’m optimistic but unsure about the Saints future. If Jameis can take care of the ball, this is an extremely winnable game for New Orleans. However, if you don’t know anything about Jameis Winston, you should know that’s a lot to ask, especially against a Miami Dolphins defense that led the league in takeaways last season. Not only that, but they were the only team to record a takeaway in every regular season game since the 2012 New England Patriots.

A.J. Brown, Derrick Henry, Julio Jones, all three of these guys have the ability to wreck your defense. They also all happen to be in the starting lineup for this game. I really like Miami’s defense this year, especially if they can keep Xavien Howard. But the Titans simply have too many options. If Tennessee weren’t so intent on running the ball, this could be a really fun shootout. Instead, I think Miami dies a slow painful death on the line of scrimmage against the best halfback in the game.

In the last week of the regular season, the New England Patriots finally avenge their week one loss. Miami has been a sort of kryptonite for the Pats in recent years. Despite that, I think this late in the season Belichick will know enough about the Dolphins to take them down.

Admittedly, this feels like a conservative estimate. I’d love to come out and say they’ll win the division, but you’ll never hear me say anything like that in June. As the season approaches, we’ll keep you updates on new predictions, trades, injuries, and analysis. To read more Miami Dolphins content, check out Tua Tagovailoa: The Case For A Breakout Year:

New Orleans Saints Defensive End Payton Turner: “I’ve just been trying to be a sponge, really.”
Is Darius Slayton The Odd Man Out?