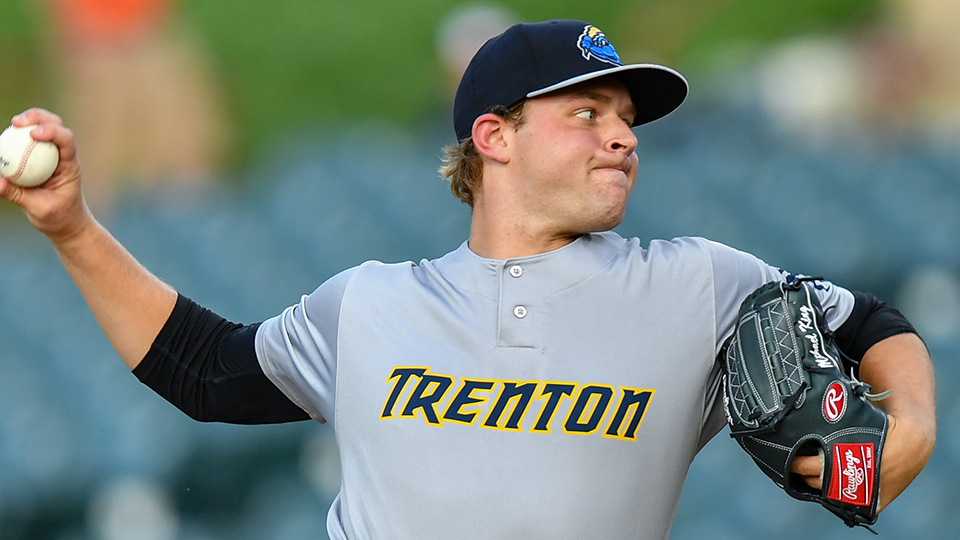 This past Saturday, right-handed pitcher Michael King, and infielder Brandon Wagner were given the Keith Law award. The Keith Law award, named after the son of Jack Lawn who was the longtime Yankees VP and chairman, is given to the best Minor League pitcher and position player in the Yankees minor league system each year.

The Yankees No.5 prospect according to Baseball America, King pitched phenomenally in the three highest levels of the Minors last season. In 161.1 (cumulative) innings pitched (IP) in 2018, King went 11-5 with a 1.79 ERA and 0.91 WHIP that earned him an Florida League Mid-Season All-Star nod. He placed second for the ERA title in the Minors last season (min. 100 IP). In addition, he had a solid K/9 and remarkable K/BB ratio of 8.48 and 5.24 respectively. King has a chance to play for the Yankees sometime in 2019, so keep an eye out for the star 23-year old.

Meanwhile, Wagner turned some heads with an incredible performance at Single-A and Double-A last season. The Florida League Mid-Season All-Star had a .267 batting average and .841 OPS along with 68 runs, 20 HRs, and 67 RBIs. Wagner has incredible pop as he slugged his way to tying second in his league in home runs. In addition to his bat, the New Jersey native is also a versatile defender as he spent time playing at first, second, and third base last season. Wagner’s versatility as well as his bat could make him an intriguing option when he is ready for the majors.