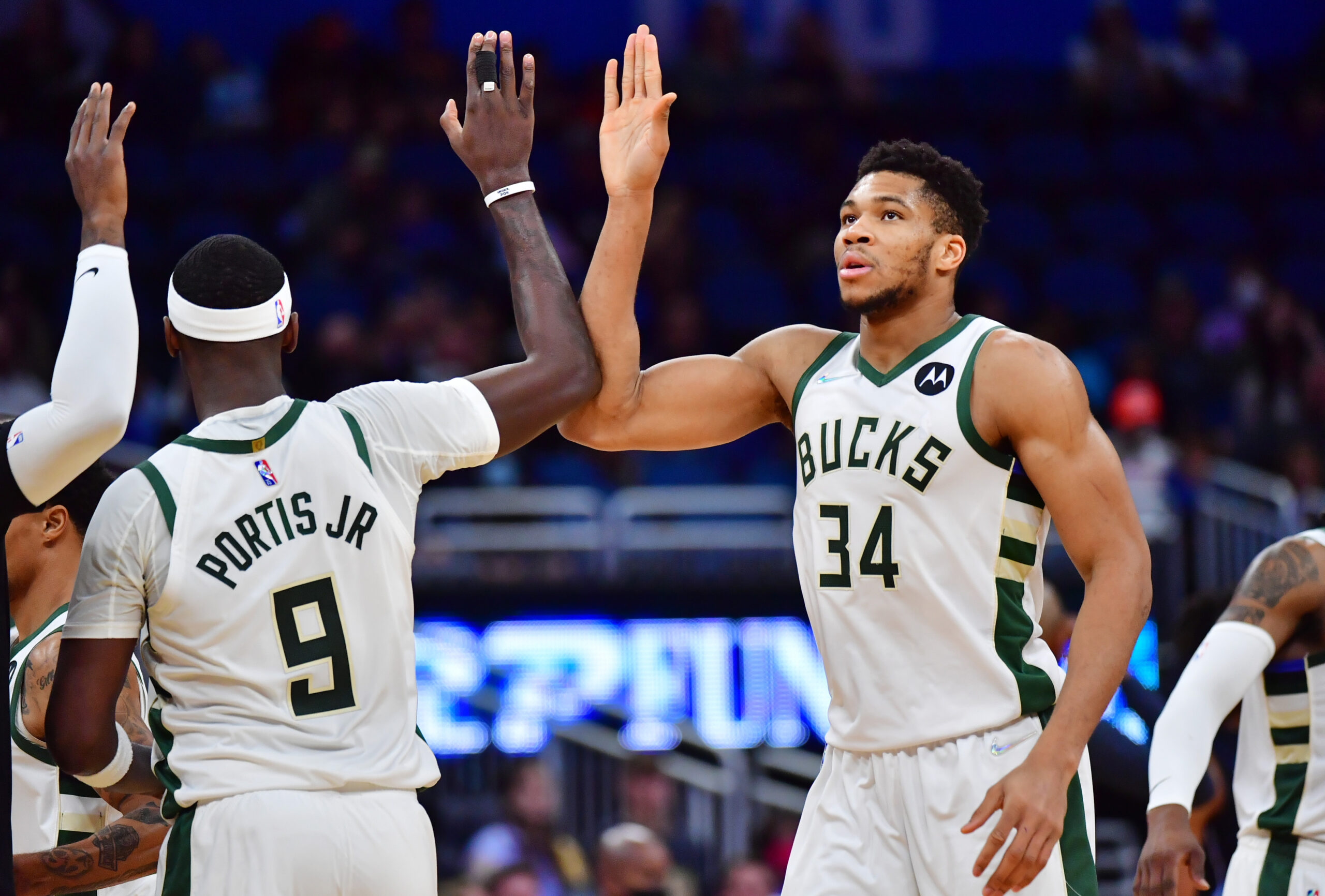 The Milwaukee Bucks are looking to recreate their 2021 Championship formula. Just over a year ago, two time MVP Giannis Antetokounmpo led the Bucks to their first title in decades. Giannis came up huge in game six, scoring fifty points to seal the deal against a hard nosed Phoenix Suns team. Arguably the best player in basketball, Antetokounmpo, has a solid supporting cast. With good health, the Bucks will be right back in the mix to claim their second title in three years.

Jrue Holiday will carry the majority of the point guard load for Milwaukee this year. Holiday is an efficient guard who is consistently a pest on defense as well. He has a quick burst of speed which can get him to the basket when needed. His shooting was streaky in the past, but Holiday recently boasted his first season above a forty percent three point clip, sitting at around forty-one percent from downtown in last year’s campaign. He also shot over fifty percent from the field. George Hill and Jevon Carter round out the depth chart at the one. Both are solid contributors who should have some impact this season. Hill is better offensively. Carter is a menace on the defensive end.

The starting two guard slot is far from set in stone. Pat Connaughton is an incredible athlete who commits to doing the little things on defense as well as being a great rebounder for a guard. He also seems to make timely threes. Connaughton is the slight favorite to start after a decent end of season and Playoffs. Grayson Allen is an elite three point shooter. My concern with Allen is his ability to create his own shot off the dribble. He also struggles against more athletic guards defensively. Wesley Matthews is another one of those plug and play guys who can be really effective when his long range shots are on target. Even in games where he scores between four and ten points, he still impacts the game defensively. Holiday can also play some off ball minutes potentially, with his defensive tenacity making up for his lack of size at the position.

Khris Middleton is expected to be healthy after a devastating playoff injury to his wrist. His surgery this summer was successful and there does not appear to be any setbacks to his regular season return date. Middleton is one of the best ‘robins’ in the NBA. He can score effectively at all three levels, and guard the perimeter at an elite level. He is a worthy All-Star, and was without question the second most important piece in Milwaukee’s title run just over a year ago. Off the bench we can expect to see sharpshooter Joe Ingles, who was recently acquired. Ingles is a capable defender as well. First round pick, Marjon Beauchamp will almost certainly see the floor this season as well. If he can polish his offensive game, his athleticism may be enough to earn him some rotation minutes.

It’s hard to put Antetokounmpo into one positional box. He does it all. The Greek Freak is virtually always the best player on the court against any team in the NBA. His passing and outside shooting has improved, and his MVP level stature does not appear to be fading anytime soon. Bobby Portis is a fan favorite who recently received a well deserved extension to his contract. His shooting for a big man and defensive energy make him quite fun to watch. Portis is an effective role player who will be in the league for a long time. Some consider Portis a five, but his untraditional play style puts him in more of a power forward role in my eyes.

Brook Lopez should finally be healthy this season. This is great news for Bucks fans. Lopez compliments Antetokounmpo well down low with his disciplined defense and efficient shooting. Lopez is a crafty veteran who can put the ball in the basket when called upon. Serge Ibaka is another efficient veteran who could easily make a case for fifteen to twenty minutes a game. Ibaka is a modern NBA center who can stretch the floor and track down balls in the paint. He is a step slower than he used to be, but still shows flashes of his elite level shot blocking which made him such a coveted member of numerous Playoff teams. Portis and Antetokounmpo are also both very capable of playing the five in smaller lineups.

This team is without question one of the most talented from top to bottom. Milwaukee boasts a generational talent in Giannis, a worthy All-Star in Middleton, and a perfect third option in Jrue Holiday. Supporting pieces Brook Lopez, Bobby Portis, and Pat Connaughton to name a few, are all effective and efficient role players. The only thing that stood between Milwaukee winning their second straight Championship was the injury to Middleton. If he and Lopez can stay on the floor, the Bucks will be right back where they were in 2021.