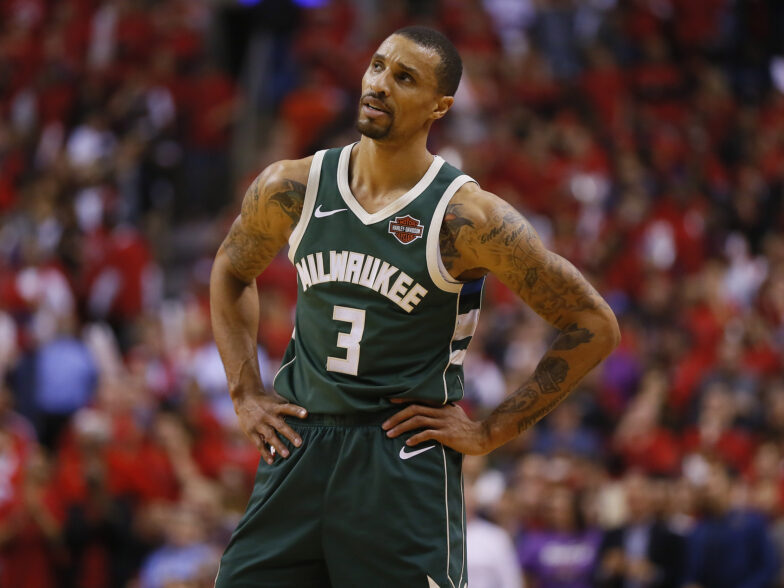 After the most historic playoff run in franchise history, the NBA Champion Milwaukee Bucks have their expectations set high for next season. The Bucks front office had hoped to bring back their key pieces from their 2021 roster and sign more helpful acquisitions, but they seemed to lose a few essential players from their title run this offseason. Even after losing these players, the Bucks had a great free agency overall.

A few significant role player’s contracts were up this offseason, including PJ Tucker, Bryn Forbes, and fan-favorite Bobby Portis.

Tucker was a late-season acquisition from the Houston Rockets and became a key starter after the first round of the playoffs. His defensive prowess on All-NBA talents like Kevin Durant and Chris Paul gave Milwaukee an edge the entire postseason. Unfortunately for Milwaukee, Tucker accepted a two-year, $14 million deal from the Miami Heat to team up with Jimmy Butler and Kyle Lowry.

Bryn Forbes agreed to return to the San Antonio Spurs after his one-year stint with the Bucks had finished. In the playoffs, Forbes showed flashes of three-point brilliance, making six or more threes in two different games in the First Round of the 2021 Playoffs. With Forbes leaving, Milwaukee is now losing arguably their best shooter, as he ranked among the top 15 players in three-point percentage this season (43.5%).

Milwaukee did manage to re-sign Bobby Portis, one of the better bench players in the NBA. In 66 regular-season outings, Portis averaged 11.4 points in just 20.8 minutes per game and brought incredible energy to the entire bench unit every night. He scored a playoff career-high 22 points in Milwaukee’s Game Five victory over the Atlanta Hawks in the Eastern Conference Finals, where he started in place of Giannis Antetokounmpo after he injured his knee. Milwaukee fans everywhere are happy Bobby will be returning next season.

Some of the remaining free agents that were part of the 2021 team, including Jeff Teague, Thanais Antetokounmpo, and Justin Jackson, haven’t yet decided on where they’re playing next. Most could assume that most of them won’t be returning based on Milwaukee’s newcomers that signed with the team this offseason.

While they did lose PJ Tucker and Bryn Forbes, the Bucks have managed to sign some great role players this summer. George Hill is returning to the team after spending this past season in Oklahoma City and Philadelphia. Hill led the NBA in three-point percentage (46.0%) in his only full season in Milwaukee during the 2019-2020 season. Adding Hill brings veteran leadership to the young locker room and can fill the playmaking role off the bench.

Rodney Hood and Grayson Allen are also making their way to Milwaukee. Hood recently signed a one-year contract with the team while the Bucks traded two second-round picks and Sam Merrill to acquire Allen from the Memphis Grizzlies. These players should bring much-needed scoring off the bench for the Bucks, which was sorely lacking in the 2021 Playoffs. Grayson Allen could quickly fill the spot-up shooter role that Bryn Forbes had. Both of these scorers are great fits with the Bucks.

Overall, the depth that Milwaukee added had improved the team for the better. While Losing Tucker and Forbes was not ideal, the depth added along with the improved chemistry of the current roster proves that Milwaukee is ready for their quest for another NBA title and will settle for nothing else.