After moving the 2021 All Star Game out of Atlanta last week, MLB decided on Coors Field in Denver Colorado as the new location. 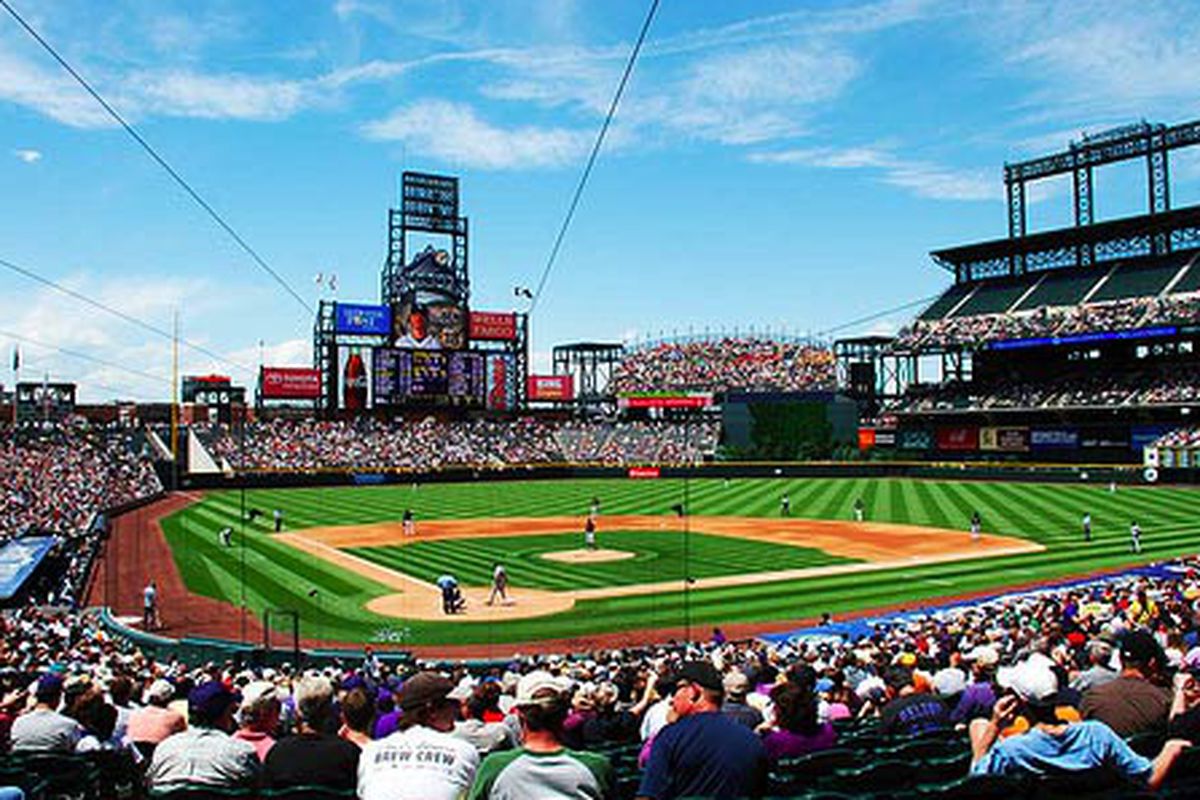 MLB announced that they are moving the 2021 All-Star Game to Coors Field in Denver, Colorado. Last week, the league announced that they would be moving the game out of the original host city, Atlanta, Georgia. This was due to the new controversial voting laws recently passed in the state. This will be the second All-Star Game hosted at Coors Field. The midsummer classic was also held here in 1998.

“Colorado’s simply the best place to showcase all the amazing talent in Major League Baseball,” said Colorado Governor Jared Polis in Tuesday’s press conference. “A lot of the work had been done because Colorado had been talking about potentially hosting an All Star Game down the road. That accelerated. We had great work from Visit Denver, from the hospitality industry, from many others. We’re ready to get this together and have a great experience quickly.”

With its picturesque landscape and extraordinary summer conditions Denver makes for an ideal location for outdoor events in July. One question that looms, however, is whether or not the state of Colorado is any better when it comes to voting laws.

On the surface, Colorado’s voting laws have some similarities to that of Georgia. They too require identification, but their version is a non-strict ID law according to the National Conference of State Legislatures. Colorado also makes it easier by only requiring mail-in voters to show their ID as first time voters. When looking at subtext of when this bill was passed, it is easy to see a clear discrepancy between how much the state’s care about citizen’s equal voting access. The Georgia bill was passed following a 2020 election that saw record turnout in the state of Georgia, a state with historically lower voter turnout. The bill was passed in support of claims about voter fraud that had no evidence to support them. Colorado on the other hand, continues to be an exemplary state when it comes to voting. In 2020 it ranked No. 2 in voter turnout.

Despite the game being moved to a different city, MLB’s plan to honor baseball legend Hank Aaron will not be affected. In fact, with this move, the league is doing an even greater job honoring the legacy of “Hammerin’ Hank”. First off, Coors field is the most reliable location for fans to see home runs get hit as the ball travels farther at the higher rocky mountain location. What better way is there to honor Hank (who in many people’s minds is still the all-time home run leader) than with his most synonymous feat, the home run ball. But there is also a more important piece of his legacy being honored. MLB let the state know that the league will not stand for a bill that leaned toward voter inequality contributing to modern day racism, something Aaron was deeply against. Aaron played his career in the deep south for the Atlanta Braves during the heart of the Civil Rights Movement. He was an exemplary figure in showing that achievements could be made if the playing field was made equal. That same message pertains to voting.