MLB Commissioner Called Out For Inadequate Action Towards Ballpark Safety 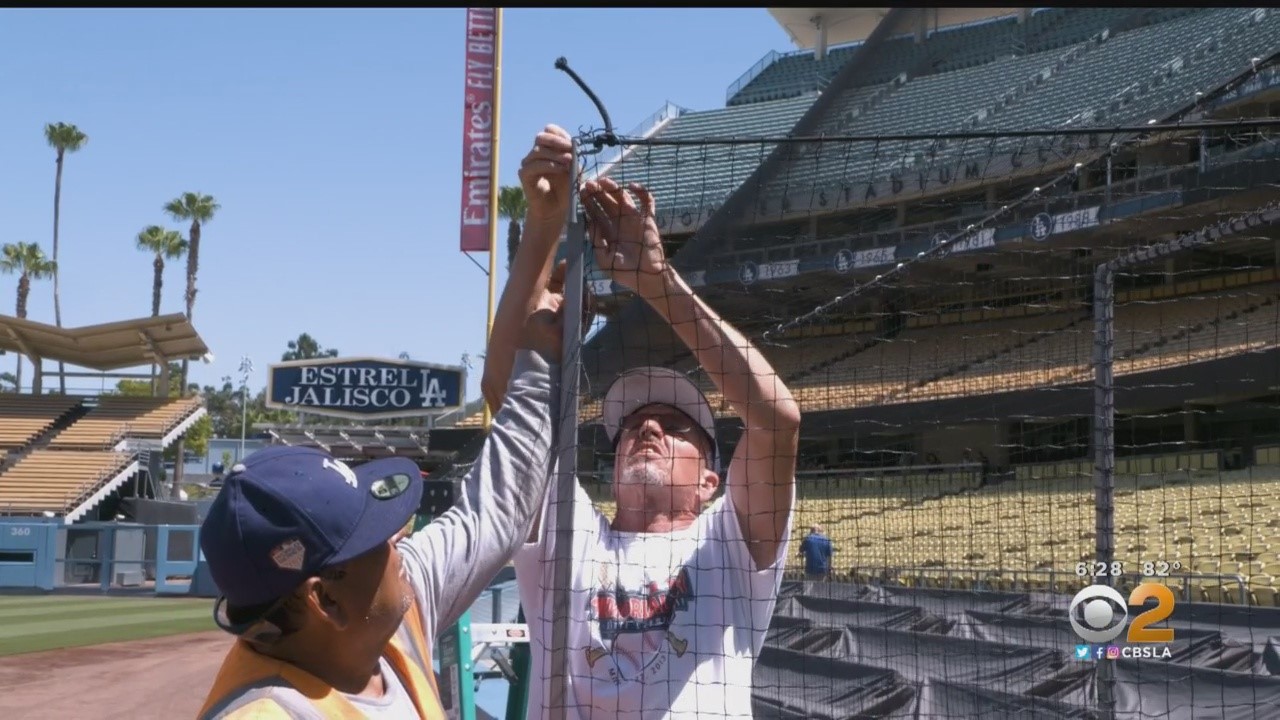 For over 150 years baseball has been etched into the fabric as America’s pastime. But not since mandating the use of plastic protective helmets in 1971 has the integrity of the game’s safety been called into question. This time, the cries are not about the lack of safety among players being aggressive or dangerous field conditions. It’s about the safety of a group few have truly underscored in baseball’s 150 years. The third parties involved in the game. The fans and their safety in the crowd.

On August 25, 2018, on an ordinary summer night at Dodger Stadium, 79-year old grandmother Linda Goldbloom was struck in the head by a foul ball that sailed right over the protective netting behind home plate, slightly down the first base line. Goldbloom was celebrating her birthday that night.

Goldbloom was rushed to the hospital, where she died four days later. She left behind widower Erwin Goldbloom, with whom she was celebrating her 59th wedding anniversary that night, as well as three children and seven grandchildren.

Unfortunately, while this is only the third time in the history of baseball that a fan has died after being struck by a ball that left the field, fan safety in the stands has been a substantially overlooked issue for too long.

At the forefront of the appeal for MLB to take immediate further action in fan safety is lifelong baseball fan and Brooklyn realtor Jordan Skopp. Skopp has appealed to MLB to act now in extending protective netting all the way down the foul lines at all MLB ballparks, as well as raising the height of the current netting down the line. He feels MLB has only taken baby steps in addressing this issue. Skopp is currently authoring a book, with hopes to expose the issue and further articulate his message to major league baseball.

In a December 9 press conference, Skopp said the following: “We all need to band together and say enough is enough. We should not be allowing our children back into these harms way situations. It doesn’t make any sense that any agency is allowed to operate knowing that somebody will be hurt. Baseball can say anything they want about signs and announcements, but the fact is they have knowledge, we have more knowledge than most fans about the regularity of these occurrences.”

The regularity of the occurrences that Skopp alluded to are a series of incidents that have led to gradual action over the past few years by Major League Baseball. In 2017 an infamous incident happened in Houston, when a foul ball hit off the bat of Chicago Cubs outfielder Albert Almora struck a young girl sitting down the third base line. Following this event, MLB announced that all teams would be extending netting around the home plate area for the 2018 season.

But netting clearly did not cover enough range. In 2019 alone, Kelsey McKinney of Deadspin reported that 15 fans were hit hard by foul balls during the regular season. These numbers only come from the major leagues. Skopp reported that he was unable to get any sort of rough count from Minor League ballparks, places that are just as prone to fans getting injured but with an added burden. Skopp added the following:

“Minor League baseball is a big open problem because there are several thousand minor leaguers all trying to make the pros and they’re all going to work and they’re part of a community that does regular serious injuries to fans and children. The burden is very heavy on the young player who’s got no union representation. And they do tell their own families not to sit in certain sections but unfortunately, they go to work knowing they’re in a community that will eventually be part of a maiming experience.”

Getting hit by a foul ball is particularly prevalent among young children going to games. Between 2008-2019, there were at least 39 reports of children being seriously injured by foul balls in MLB and MiLB.

There was not one particular ballpark where kids were getting hurt more often. That conclusion can be corroborated by the fact that only three teams so far have actually committed to extending the netting all the way down the foul line. MLB did not enforce any regulation mandating the netting.

“There was no rule passed or anything like that,” MLB commissioner Rob Manfred said according to NBC News in December of 2019. “We just went out, talked to the clubs, made the case that extending the netting was the thing to do.”

Like Skopp, widower Erwin Goldbloom has been vocal in demanding immediate action and enforcement by MLB of netting rules for all teams. “Nobody ever thinks it’s going to happen to them, it always happens to somebody else. If it happened to you then you have a different feeling about it,” said Goldbloom. “It’s actually up to Major League Baseball. They should be the ones that take the initiative. It shouldn’t be Jordan or me or my family.”

Baseball still has a long way to go, as most parks have not fully extended their netting down the foul pole or raised the nets vertically to higher levels to prevent balls from flying over the net to the second level, like what happened to Goldbloom.

As a result, Skopp issued a fierce appeal to Commissioner Manfred to act now, and ensure that both MLB and MiLB facilities are completely up to date with full safety netting before fans return to the ballparks.

Skopp has warned that if the game of baseball does not get it together and fix the epidemic of fans being injured by foul balls, the game’s reputation could potentially be tarnished. He compared baseball to what happened with Big Tobacco having prior undisclosed knowledge of their product’s dangers. To learn more about Jordan Skopp and the Foul Ball Safety Now movement visit https://www.foulballsafetynow.com

Harden To The Bucks?
Cub Swanson vs. Daniel Pineda: A Potential Fight of the Year