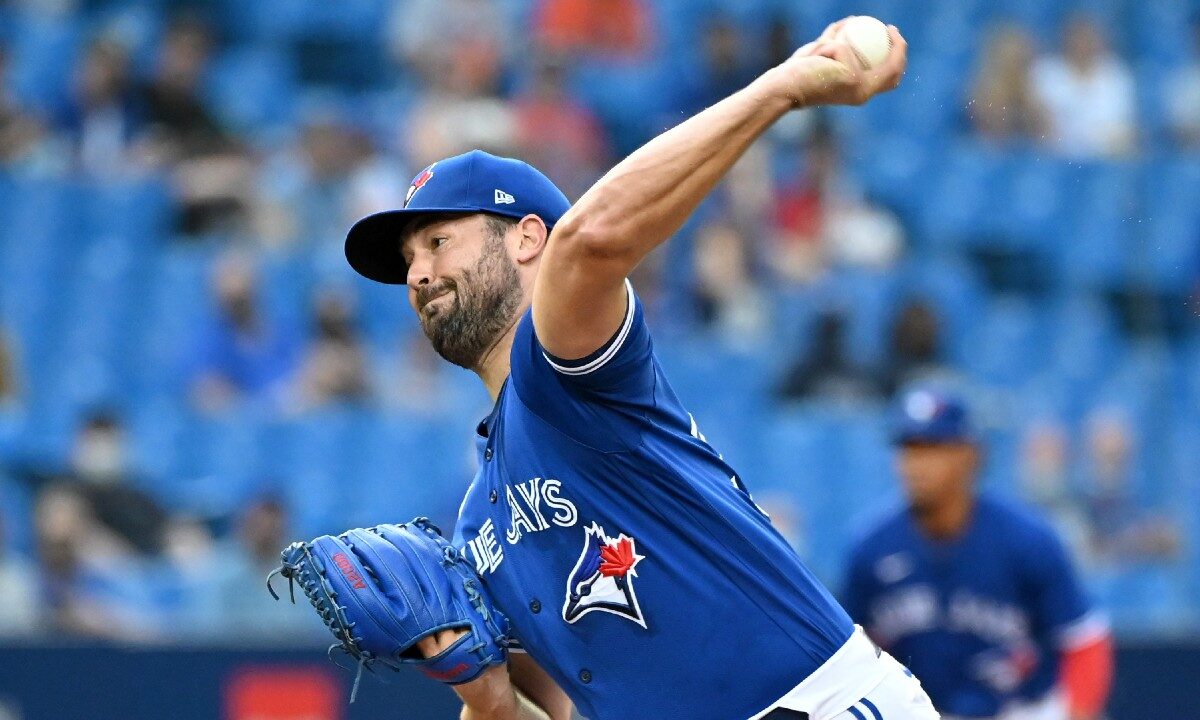 Both Cy Young races are undecided, but the National League has several worthy candidates that deserve recognition for their pitching prowess.

The Cy Young award is one of baseball’s most valued and desirable achievements. This award is supposed to go to the two best pitchers in baseball, but this year will be different. Throughout the season, numerous National League pitchers have dominated their opponents. Whereas the American League has not seen such impressive outings. Realistically, if this award were not league-based, both winners and runner-ups would reign from the NL.

Regardless, that is not how baseball works. In the AL, the race is mostly a two-person battle. Contrarily, the NL is really anyone’s race, but four especially stand out. So, here is my take on the heated battle for each league’s coveted Cy Young award.

Before the season, Gerrit Cole was the favorite. Robbie Ray, on the other hand, was far from an expected candidate. In 2020, Ray had one of the worst seasons of his career, but 2021 might be his best. His bounce-back campaign has given him the best Vegas odds for either league (-225). However, Ray’s recent struggles have allowed Cole to close the gap. Overall, the stats lean in Ray’s favor, but by such a minimal margin.

Ray leads the AL in games started, innings pitched, ERA, WHIP, hits allowed per nine, and leads all of baseball in strikeouts. Whereas Cole leads the AL in wins, strikeouts per nine, and strikeouts per win. While Ray has had a sneakily consistent season, Cole has had some incredible outings, as well as some poor ones. His inconsistency could be attributed to an adjustment curve following the stricter sticky substance policy.

These two’s season stats are as follows…

With all this taken into consideration, I think the selection is evident. Despite a strong season from Cole, Robbie Ray and his remarkable turnaround from 2020 should land him the AL Cy Young award.

Truthfully, there are so many other names deserving some consideration. Specifically, Kevin Gausman and the entire Giants pitching staff, for that matter, have been shut down all year. In that same light, the Dodgers, who have two pitchers in the race, have MLB’s best team ERA (2.94). Also, who can forget about the ageless Adam Wainwright and his 4th most quality starts in baseball. Lastly, a shoutout to the Brewers’ big three (Burnes, Woodruff, & Peralta) is needed because of their unparalleled swing-and-miss abilities (combined WHIP of 0.9485).

To begin with, let’s start with baseball’s best workhorse. Zack Wheeler is MLB’s only pitcher with 200+ IP, which, when accompanied by his nasty stuff, has allowed him to lead the NL in strikeouts too. Furthermore, Wheeler also leads baseball in another traditionally valued statistic, complete games (3) and shutouts (2). His ability to consistently go deep into ballgames every five days is a rarity in today’s game. Lastly, he is setting the MLB bar for WAR among pitchers (6.9), excluding Shohei Ohtani.

The next candidate has the second-best Vegas odds (+200) for the NL Cy Young, but something is holding him back. Corbin Burnes began this season with a record-breaking pace of 58 strikeouts and zero walks. Furthermore, Burnes is not just striking people out without surrendering walks, but he is also not giving up the long ball. Burnes leads MLB in strikeouts per nine (12.6), homeruns per nine (0.3), and strikeout-to-walk ratio (6.91). However, the problem with Burnes is his longevity, as he has only thrown 158 IPs on the season.

The last debate will be between the two boys in blue. Despite his recent struggles, Walker Buehler still has a solid case for the NL’s best pitcher. His 26 quality starts is four more than anyone else in baseball. Furthermore, Buehler is a top-tier pitcher across almost every statistical category. With regards to all of MLB, Buehler ranks third in ERA and fourth in IPs and WHIP. Buehler would be a favorite for the award in most seasons, but NL pitching this year is far from typical.

If the current favorite (-225), Max Scherzer, won, he would become the fifth player ever to rack up four Cy Young awards. Before the trade deadline, though, Scherzer was not a frontrunner. Since joining the Dodgers, Mad Max has been as perfect as you can be. In his 9 Dodger starts, Scherzer has 58 IPs, a 0.78 ERA, 0.655 WHIP, and a ridiculous 11.29 SO/BB ratio (79SO/7BB). Therefore, Scherzer’s late-season push is enough to get my pick for the NL Cy Young. For your interpretation, though, here is how each candidate shapes up against one another.