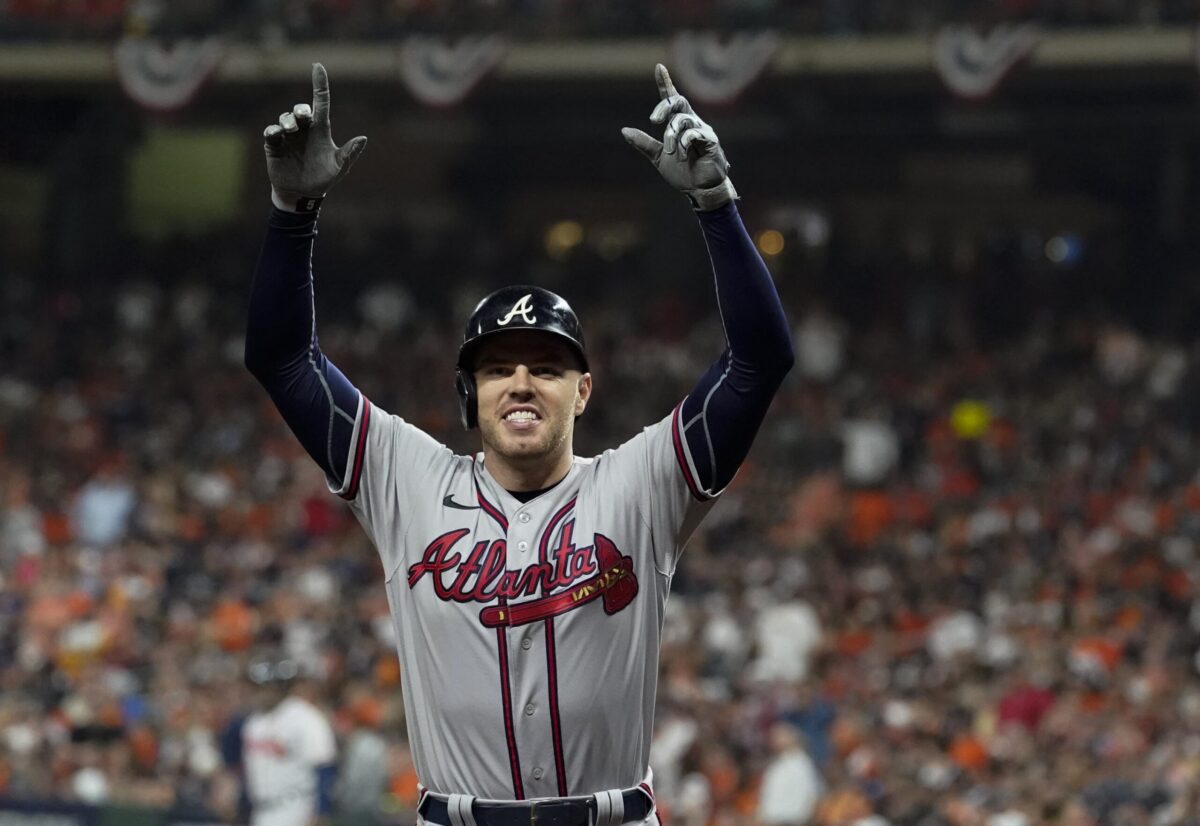 Part two of MLB free-agency talk shifts to vital veteran players available this offseason that could leave their playoff teams for more money.

Free-agency is always a whirlwind of drama full of surprising signings. Previously loyal players can suddenly pack their bags and join rival teams. However, this group of valuable players might not be leaving anytime soon. In part one of this series, we focused primarily on shortstops. In part two, the main focus will be remaining infielders with proven playoff experience. Although these men are seemingly staying put, free-agency is an unpredictable force driven by money. And each one of these players certainly deserves their paydays.

Unlike part one, this rendition of baseball’s free-agency is split into two different position groups. First off will be first-basemen. These three individuals may play the same position, but their values and skillsets are noticeably different. Secondly, will be two extremely versatile utility options. To begin with, though, let’s discuss the most recent world-series champion. As a reminder, here are the definitions of two complex statistics I will also be using.

*wRC+ refers to weighted runs created plus — i.e., an attempt at determining a player’s overall offensive value through the lens of runs after adjusting park differences and basing it off of a leaguewide average of 100

*Rdrs refers to defensive runs saves above average — i.e., the number of runs saved based upon the number of opportunities in comparison to the leaguewide average

The recently turned 32-year old continues pumping out MVP caliber seasons. After winning the award in 2020, Freeman’s 2021 campaign was slightly worse but still among the best in baseball. So much so, Freeman’s statistics, especially WAR and wRC+, rank highest among this group of free-agents. His ability to hit for power or contact to any part of the field is rarely seen today. Although he can sometimes be overwhelmed by lefties, other left-handed hitters undoubtedly struggle much more.

Freeman is also among baseball’s most well-liked players because of his vibrant personality and family morals. The impact free agents can have on a locker room is surely an essential factor. However, Freeman will bond well with any new team he could join. That being said, he is all but guaranteed to stay with the Atlanta Braves. Even if they cannot offer the most money, Freeman’s values appear to highlight loyalty. Not to mention the fact they just won the world series, despite missing Ronald Acuña Jr.

Therefore, I do not expect Freeman to be leaving. I expect Atlanta to offer a lengthy extension worth a lot of money. Freddie means too much to the franchise, fans, and community for them to let him walk. However, if the negotiation process goes sideways, expect mega-spenders like the Yankees, Giants, and Red Sox to offer enticing monetary deals.

There are two surprising things to note with Yuli Gurriel. Primarily, his age is not what most expect. Even though Gurriel has only played six MLB seasons, he is entering his age 38 season. Therefore, not too many teams will be willing to spend outrageous amounts. However, Gurriel has been a very underrated player in recent seasons. In Houston, Gurriel is shoved deep in their dangerous lineup but still performs admirably.

The shortened 2020 season was a struggle for Yuli, but this year went very differently. In the end, Gurriel walked away with the batting title. His bat-on-ball skills are incredible, as he also led baseball in sacrifice flies (12). On defense, Gurriel does not get the respect he deserves. As the leading defender in this article, when regarding Rdrs, Gurriel locks down the corner infield positions. Nonetheless, though, Gurriel’s old age and perennial time in Houston likely has him returning.

That said, if offered, do not be surprised if he takes the money over the situation. Gurriel might stress making money rather than winning another championship with little time left in his baseball career. Additionally, Gurriel is actually still under contract with a looming $8 million dollar club option. Therefore, unless Houston doesn’t want him, he will likely be back due to the cheap pay. If Houston surprisingly lets him go, possibly suitors include the Red Sox, Mariners, and Tigers.

As loveable as Rizzo is, he is rather clearly the worst player in the article. Regardless, Rizzo still holsters value. As a veteran lefty that typically enables solid defense, some teams will undoubtedly be interested. In fact, the Yankees and Rizzo have rumored interest in resigning, but New York may want to hold off. When the Yanks’ acquired him, they were in dire need of defense and a left-handed hitter.

Historically speaking, Rizzo resembles that perfectly. Today, though, Rizzo’s age is catching up with him. His defensive mobility and slugging are both trending downwards. Therefore, his value to a desperate Yankees team may not be tremendous. So, if they can retain the joyful first-baseman for cheap, they should do so. However, if other teams are offering more significant sums, they should hold off.

That being said, only a couple of other teams stand out as possible fits. Most predominantly, the Boston Red Sox could draw some hometown interest, but the Yankees would do anything in their power to stop their rival from improving. Additionally, a possible Chicago reunion is conceivable but unlikely because of their massive deadline unloading. Therefore, I expect a short-term, cheap deal with either New York or Boston.

Part two of the widely-adored Bryzzo duo is Kris Bryant. Similar to Rizzo, Bryant and the Cubs parted ways at the deadline. As a result, Bryant was sent to baseball’s most successful regular season team. However, since then, that team has endured a rather disappointing couple of months. First off, they lost to the Dodgers in the NLDS. And, more recently, they lost their franchise star and future hall-of-fame catcher, Buster Posey, to retirement.

Therefore, San Francisco is being widely predicted as big spenders this offseason. An otherwise aging team needs a franchise’s face and who is better than baseball’s former golden boy. Although Bryant has had wavering seasons since his MVP year, his 2021 campaign saw an impressive resurgence. Furthermore, Bryant may be the most versatile player in free-agency. Despite underwhelming defensive statistics, his ability to play anywhere on any given day is heavily sought after.

Bryant is one of the more prominent names of this free-agency, so many teams will be in the hunt. Currently, San Francisco seems to be the favorite, but so many will be offering huge deals to attract him away from more obvious contenders. Specifically, teams like the Mariners, Rangers, Mets, and many more will do everything to sign Bryant.

Similar to Yuli Gurriel, Chris Taylor is an underrated player in free-agency. The first-time all-star performed at career-high levels in the first half. Whereas, in the second half, Taylor slumped. In doing so, Taylor may have lost some free-agency interest, but I still expect him to be an unadvertised loss for the Dodgers. While LA should try to retain him, they likely won’t be willing to offer as much as other teams. Moreover, his versatility, like that of Bryant, will be very enticing for many.

Taylor can fulfill numerous positions and impact the game in various ways. So, a fit with a manager that loves switching things up seems fitting. Therefore, a clear candidate stands out in my mind. Joe Maddon and the Angels should 100% go after Taylor. The Angels’ primary focus should be on pitching, but enhancing their depth should also be highlighted. Madden has completed similar moves in the past by bringing Ben Zobrist to the Chicago Cubs.

Taylor’s value in free agency is widespread; thereby, several teams could be involved. The Angels are a personal hope, but both New York teams, the Brewers, and several others could be in on the 31-year old outfielder. All said, though, do not be overly surprised if the Dodgers resign him to a contract less than he may deserve.

MLB Free-Agency Part 1: The Year of Incredible Shortstop Talent
MLB is Headed for a Lockout. How Did We Get to This Point?