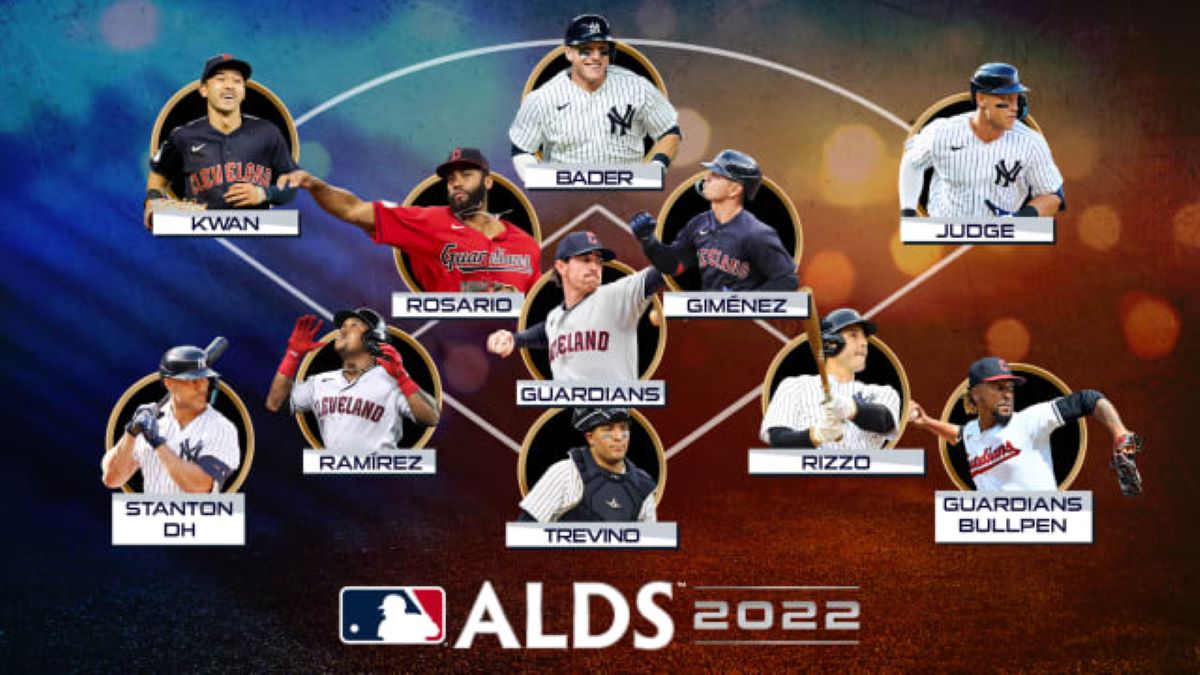 The MLB Postseason so far has been the year of the upset. Down 1-0 in an elimination game against the Seattle Mariners, the Toronto Blue Jays led by seven runs after five innings in Game 2, only to later blow the lead and lose 10-9 at their very own Rogers Centre. The Cleveland Guardians, a team overlooked by their youth and inexperience, held the experienced playoff team Tampa Bay Rays to only one run in a two game sweep.

The winning teams in the AL move on to the Division Series, and it begins today. Here are the matchups:

Who anticipated the presence of the Guardians? The young roster easily captured first place in the AL Central as a result of the Minnesota Twins and Chicago White Sox failing to live up to expectations. They had outstanding bullpen play, which helped them win the majority of their games. The offense is largely ignored. They had the fewest strikeouts despite being rated 29th in home runs and 24th in walks. The As a result, the Yankees need to make timely played on the field because more balls will be put in play.

The only genuine slugger in Cleveland is All-Star Jose Ramirez. Yes, everyone enjoys a home run, especially during the postseason. But the more balls are put in play, the greater chance mistakes are made, heightening the tension. Although Cleveland was 1-5 this season against the Yankees, they haven’t played against each other since early July. Additionally, this was prior to the Guardians dominating the AL Central Division down the stretch. Aside from this, the pitching of the Guardians still gives them a solid opportunity of surprising the Yankees. They were top five in WHIP and led the majors in innings pitched. Along with closer Emmanuel Clase, who led the league in saves, starting pitchers Shane Bieber, Tristan McKenzie, and Cal Quantrill all had solid years.

The Yankees boast one of the league’s most potent 1-2 punches. Both Gerrit Cole and Nestor Cortes performed well this season, followed by Jameson Taillon and Luis Severino, whom both didn’t do too bad either. On the offense, it’s a different story. Although they’ve got AL Single-Season home run leader in Aaron Judge, the other hitters in the lineup haven’t picked up the slack. Most of the Yankee lineup have been through brutal slumps, especially during July-August. The majority of the Yankees’ lineup has suffered through terrible slumps this season, especially in the months of July and August. Josh Donaldson, DJ LeMahieu, Giancarlo Stanton, Anthony Rizzo, and Gleyber Torres are underperforming compared to previous seasons. Without Judge, the lineup was fairly painless to face.

There is also some doubt about their bullpen. Chad Green suffered a season-ending injury, Zach Britton has been unhealthy, and Aroldis Chapman didn’t make the ALDS roster. After the All-Star break, closer Clay Holmes returned to his inconsistent ways, and Jonathan Loaisiga also hasn’t pitched particularly well. New York will make it to the ALCS if Judge keeps performing well and they get solid starting pitching and a reliable bullpen.

Who comes out on top?

It would be a Yankees’ sweep if this were earlier in the season. However, New York’s bullpen and starting lineup have been shaky as of late. Will this be a problem going forward into the playoffs? The Cleveland pitching staff has developed greatly throughout the season and was on display during the Wild Card Series. It’s possible that this ALDS is much closer than we thought.

After 21 years, the Seattle Mariners finally made the postseason. Prior to the Wild Card series against the Toronto Blue Jays, The Mariners were looked at as a pretty good team with a few flaws. After the Wild Card sweep, they look like a different team. They’re hungry. The improbable comeback in Game 2 displayed their tenacity, perseverance, and their will to win at any cost.

Their pitching is hit or miss. In the rotation, they’ll start off with Logan Gilbert, Luis Castillo, and Robbie Ray. Ray’s had an up and down 2022 season. He went 12-12 with a 3.71 ERA in 32 starts. For long stretches, he pitches like a Cy Young, but then all of a sudden, he struggles mightily. Additionally, the worst outing of the year on July 29th against Houston, where he went 3 innings and allowed 6 runs on 10 hits. It’ll be interesting to see if his woes against the Astros continue.

Since getting traded to Seattle, Luis Castillo has been the unofficial ace of the rotation. His numbers in a Mariners uniform are solid, going  4-2 with a 3.17 ERA in 11 starts. Additionally, his performance in the Wild Card cemented the reason why Seattle really needed him. The last time Castillo faced Houston was back in 2019, allowing two runs on just two hits in a quality start. Also, Logan Gilbert has been outstanding, posting a 13-6 record and a 3.20 ERA in 32 starts. His performances against Houston, however, have been inconsistent.

But what about their offense?

Seattle’s lineup isn’t going to fill up the stat sheet, but that’s not how they got here. In the regular season, the Mariners had the most walk-offs in the majors, so they aren’t afraid to shine in the most brightest moments. Julio Rodriguez, Ty France, Eugenio Suarez, and Cal Raleigh, can certainly hit it out of the park in clutch moments. Cal Raleigh, for example, hit a walk-off home run in Seattle to clinch the Wild Card spot. Another example in the regular is the insane comeback in the 9th against the defending World Series Champion Atlanta Braves.

However, they’re facing the Houston Astros. The AL West Champs are back in the playoffs for the 6th consecutive year, and beating them won’t be an easy task. They’re lineup is stacked. Jose Altuve, Alex Bregman, Yordan Alvarez, Kyle Tucker are the main guys to watch out for, and rookie Jeremy Pena is no slouch either.

Though still competent, Houston’s offense was less effective this season than previous years. The pitching staff has kept them as the best team in the AL. Potential Cy Young award winner Justin Verlander, who came off of Tommy John surgery, is back and better than ever. Workhorse Framber Valdez, who led the league in innings pitched along with 26 consecutive quality starts is tough to beat. Also Lance McCullers Jr., who hasn’t missed a beat since coming off the IL. Additionally, Houston has the best bullpen ERA in the majors. With arms such as Ryan Stanek, Hector Neris, Rafael Montero, and closer Ryan Pressly, it’ll be quite the challenge to get past them. You also have Jose Urquidy, Luis Garcia, Cristian Javier, and rookie Hunter Brown in the bullpen as well.

Who has the edge?

This will be Seattle’s first appearance in the ALDS in over two decades. Will they be able to maintain their comeback magic against the defending American League Champions? Or will this be the end of the line for the young team? If Houston has a lead, it won’t be easy to hold. Houston was 12-7 against the Mariners in the regular season. Seattle’s mindset very much resembles the underdog in this matchup.