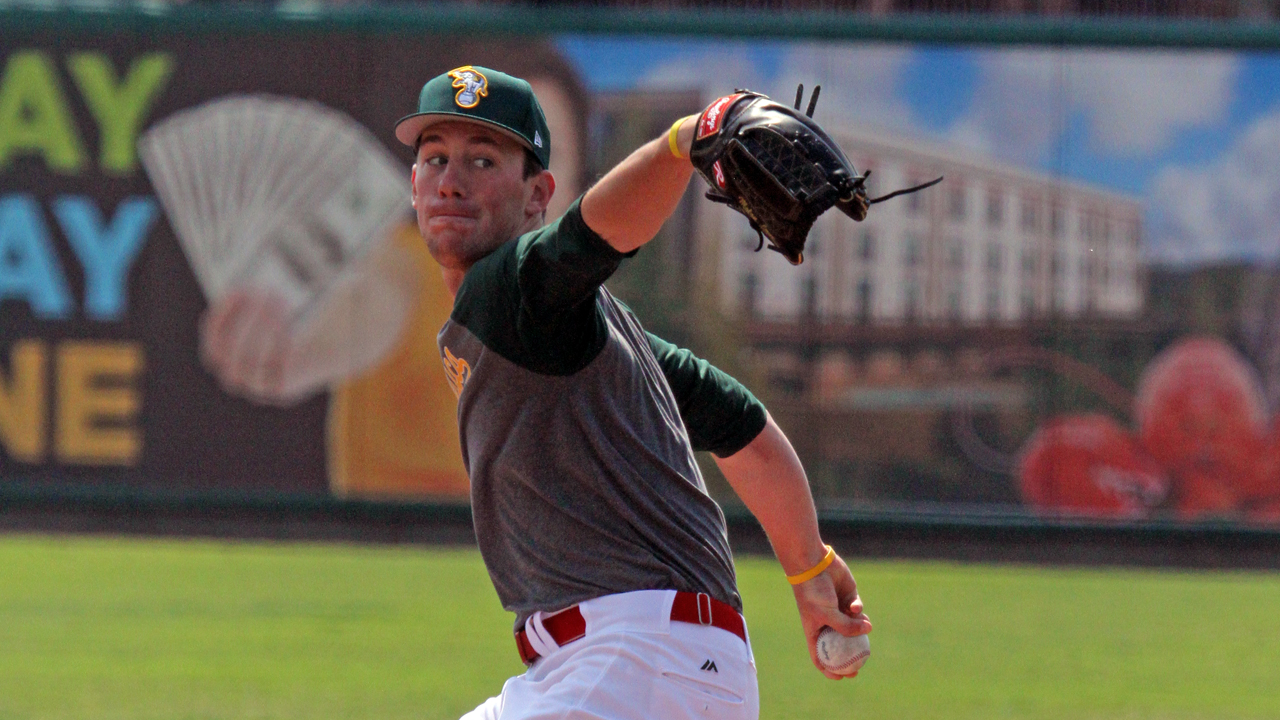 Pitcher Chris Bassitt has come a long way since the start of the 2014 season. After breaking his hand in a non-related baseball injury in the offseason, Bassit was forced to spend a lot of downtime watching Double-A games in the Southern League with his pitching coach Britt Burns.

His approach with Burns was to mentally prepare himself and simulate different scenarios on the mound before his return.

When Bassitt rejoined the team in Birmingham during the summer, he went 3-1 with a 1.56 ERA and 36 strikeouts, earning a big league promotion with the Chicago White Sox at the end of August.

“Buddy Bell was the one who called me,” said Bassitt. “I knew who it was when I picked up the phone and heard his voice. When he told me I was being called up to the big leagues I was shocked. I didn’t really know what to say besides thank you. I immediately called my family members and told them. After the phone calls, I stayed in Birmingham and worked out with our Double-A team for 2 days. I then headed out to Chicago.”

On August 30, Bassitt made his Major League debut with the White Sox, giving up five runs and seven hits over 6 1/3 innings against the Detroit Tigers.

“My debut and joining the team was overwhelming,” Bassitt said. “Everything happened so fast and truly I didn’t expect it at all. Dealing with everyone coming and then so many sudden changes was very hectic. The nerves going into the game itself were not that high but I felt worn out and distracted from everything else. I was glad once the first one was out of the way.”

With his debut behind him, Bassitt set aside any pressure and began working closely with White Sox pitching coach Don Cooper. In his second start, Bassitt showed a much stronger presence against the lefties, employing a strong sinker and changeup against a tough Oakland Athletics lineup. He gave up 1 run in 6 innings, striking out 5, as the White Sox topped the A’s 2-1.

Coop is the best,” says Bassitt. “He truly is. His experience and knowledge about the game is incredible. After the Tigers game, we spent a lot of time on film of that game and broke down what I did right but more importantly what I was doing wrong. With his help, I felt a lot more confident and comfortable going into the A’s game. I had a plan. I attempted to the best of my ability to follow that plan. This month with Coop will change my career for the better going forward that’s for sure.”

With the White Sox long removed from post-season contention, Bassitt has utilized the call-up to showcase his talent before the regular season comes to a close. If the White Sox were in contention, he probably would not have the opportunity. That’s one of the rare benefits of the team’s disappointing season.

Between now and 2015, I plan on walking into the 2015 season comfortable with my change up and throwing inside to lefties,” says Bassitt. “If I have both of those I will be very happy with where my game is.”

In all likelihood, Bassitt will join the White Sox in Spring Training and begin the season in Triple-A. After the White Sox season is complete, Bassitt will head back to the Arizona Fall League for a second consecutive year, where he can continue to get work off the mound.

For where I start next year, I do not and will not worry about that,” Bassitt says. “I will always just give my all and trust the White Sox organization in doing what’s best.”

Chris Bassitt will receive his third start against the Kansas City Royals on Tuesday.