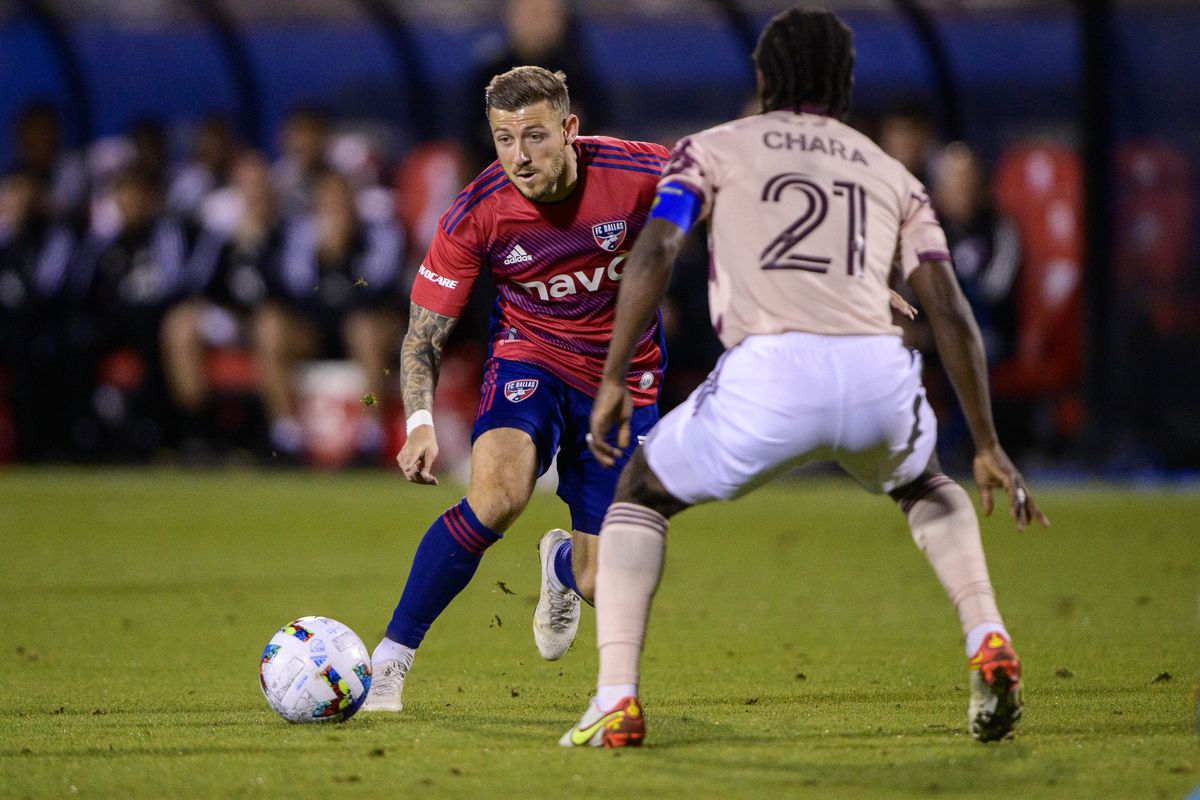 FC Dallas paid a visit to rivals Houston Dynamo for the infamous Texas Derby Saturday night. This game brought a first MLS debut, red cards, injuries, a brawl, and unsportsmanlike conduct from the fans that it was no doubt the best game so far in the MLS this season.

FC Dallas took an early lead in the 27th minute of the game from defender Matt Hedges off a corner kick from Alan Velasco.

The second half was all Dynamo as they had a majority of the possession and attack in the game.

Mexican international Hector Herrera made his first MLS appearance after subbing on in the 55th minute of the game in front of a huge crowd at PNC Stadium.

Dynamo finally found the back of the net as forward Thorleifur Ulfarsson leveled the game at 1-1.

In the 90th minute Dallas’ Marco Farfan collided with his own goalkeeper Maarten Paes that left him seriously injured. He suffered a severe cut near his mouth. He was later stretched off the field by medical officials. Luckily Farfan is stable and went to the hospital immediately after the game for further testing.

His injury led to 12 minutes of added time. In the 93rd minute USMNT Jesus Ferreira on a counterattack scored to give Dallas a 2-1 lead. The Houston fans were not happy and began to launch bottles and trash on the Dallas players while celebrating.

Teenage Hadebe came out huge for Houston as he scored the latest open play goal in MLS history in the 101st minute to tie the game at 2-2. Ferreira had a chance to win it for Dallas with a 1v1 with goalie Steve Clark. However, Clark made a great save and keep the game at 2-2 until the final whistle.

Midfielder Brandon Servania received  double yellow and will miss the New York City F.C game on Wednesday. As for Houston, they travel to face the second best team in the MLS Austin F.C.

Tie In The Race To Playoffs!
Wayne Rooney to DC United?