Montréal Will Face Toronto Without Price 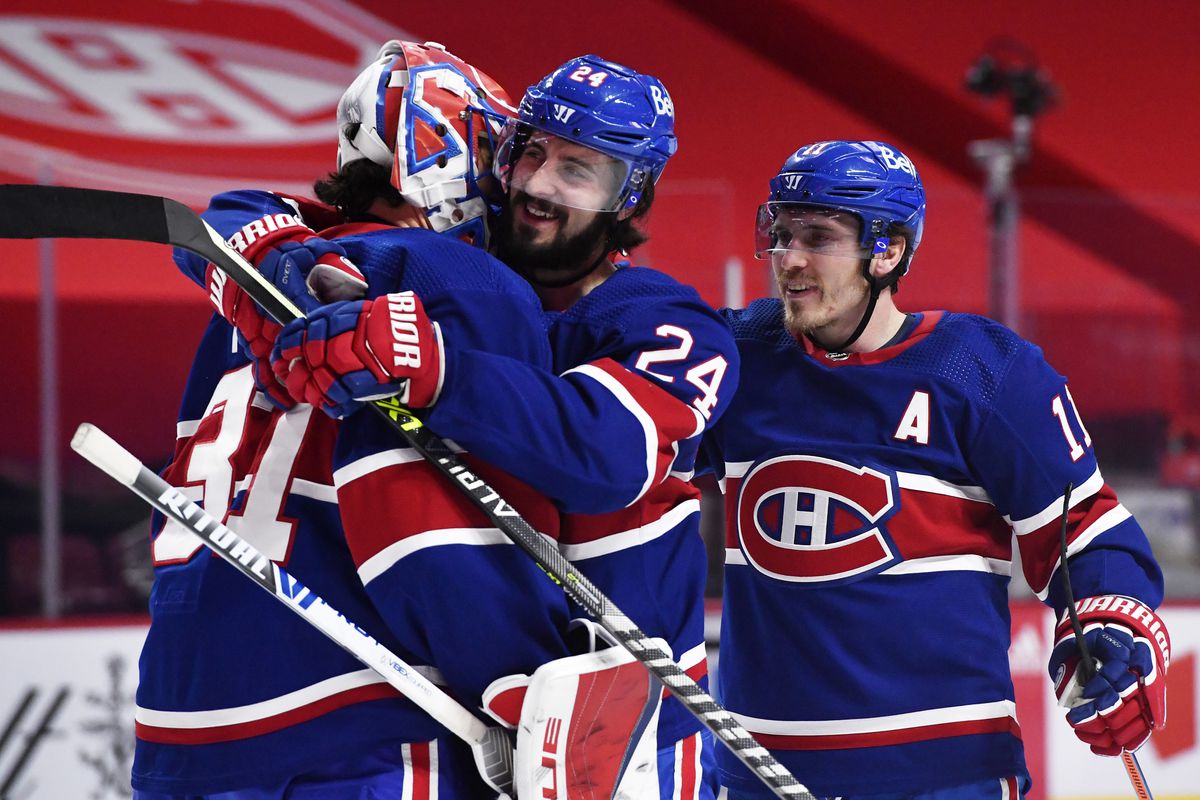 The starting goaltender for the Montréal Canadiens, #31 Carey Price, will not be making the trip to Toronto for Wednesday’s game. But that might not be as bad as it seems at first glance. When we consider how the Canadiens have been playing and their opposition in recent contests, they might be able to grab both points.

The Canadiens are eight points above the fifth and sixth place teams in the standings. Currently, both the Vancouver Canucks and Calgary Flames have 35 points. So, it is not looking like either side will overtake the Canadiens anytime soon. Additionally, this break for Price gives him some time to heal from his undisclosed injury, and hopefully return to Montréal, ready for the playoffs.

After an overtime win against the Edmonton Oilers on Monday, in five contests, the Canadiens have limited #97 Connor McDavid to zero goals and just two assists. That is a testament to Montréal’s strong defense. You can have good goaltending, but if your defense is lacking, it certainly shows up on the scoreboard.

Over their last 15 games, the Canadiens have given up four or more goals just four times. Two of those were in overtime losses and one was during a shootout win. The Montréal Canadiens are able to lock things down defensively while still putting up goals 178 feet away. In seven of their last eight matchups, they have lit the lamp three or more times, averaging 3.6 goals per game across that span.

Taking a Look at Toronto

Through their previous three meetings this year, Montréal has a record of 1-1-1. But the Toronto Maple Leafs are one of the hottest teams in the NHL, especially with #34 Auston Matthews’ return to form. Grabbing 15 of 16 possible points in their last eight games, Toronto will be ready to play. As hot as they have been, they could still be looking to add more talent before the trade deadline.

There is also a goaltending situation in the home team’s locker room. #36 Jack Campbell has been a strong anchor in between the pipes as of late. He currently has an undefeated record this season with nine wins. His save percentage (.944) ranks him the highest in the NHL among goalies with more than five games this season. His goals against average (1.53) has him seated second by the same stipulation.

Could Canadiens fans be in for some more heroics from their newly acquired centerman, #21 Eric Staal? Or will Campbell continue to demonstrate his ability to be a top goaltender? Wednesday’s matchup will have all the answers.