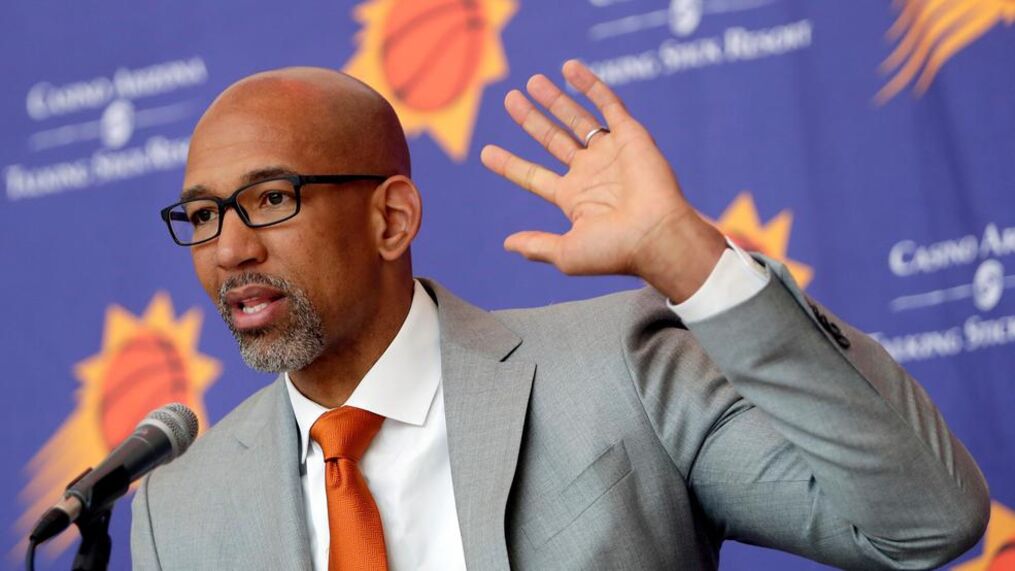 The National Basketball Coaches Association named Phoenix Suns Head Coach Monty Williams Coach of the Year. This is his first time winning Coach of the Year in his seven seasons as an NBA head coach. He joins Mike D’Antoni and Cotton Fitzsimmons as the third Suns coach to win the award.

“I am overjoyed to receive the Michael H. Goldberg Coach of the Year Award from the National Basketball Coaches Association,” said Williams. “I hold the utmost respect and admiration for the coaches in this league, so to be recognized by my peers is an incredible honor. Every coach in our league sacrifices a ton to make their teams and organizations better, so this is unbelievably humbling.”

This award is well deserving for Williams. Williams and the Suns showed more improvement than any other team in the NBA during his time in Phoenix. In just his first two seasons, Williams took the Suns from a 19-63 record to the second seed in the West and a Pacific Division championship. This season marked the first division championship for the Suns since 2007. The Suns were also the only team in the NBA this year to be top-10 in both offensive and defensive rating, pointing to Williams as the reason behind it.

However, Monty Williams’ off the court situation also pushed him to this award. Williams was under a lot of pressure to win after the Suns traded for Chris Paul in the offseason. Success was necessary and immediate especially after their 8-0 bubble run this past summer as well. Suns’ fans and the organization expected a lot from Williams and his team this season. The Suns ended up overachieving these expectations and look forward to home-court advantage in the playoffs.

The Suns have completely turned around their organization over these past few short years. Since the Suns first hired ex-NBA player James Jones as GM and then Williams as Head Coach, the organization finally had a future they could trust. Before then, the Suns were floundering with little hope moving forward.   They were not hitting on their draft picks, they couldn’t surround their young, budding star Devin Booker with winning players and struggled to fill their arena night after night. Now, the Suns have one of the brightest futures in the NBA and put themselves in a position to be contenders in the West for years to come. It will be interesting to see how they build off this first successful season in many years and how they will look to improve moving forward.

“This award is far bigger than myself and is a result of the work put in every day by our players, coaching staff, and the entire Suns’ organization under the leadership of James Jones and Robert Sarver,” Williams said. “This has been a unique year in its challenges, and I am grateful for the tremendous spirit with which our players and staff have approached each day to make this a special season.”

Is The MVP A One-Man Race?
The Memphis Grizzlies Have a Sixth Man Problem