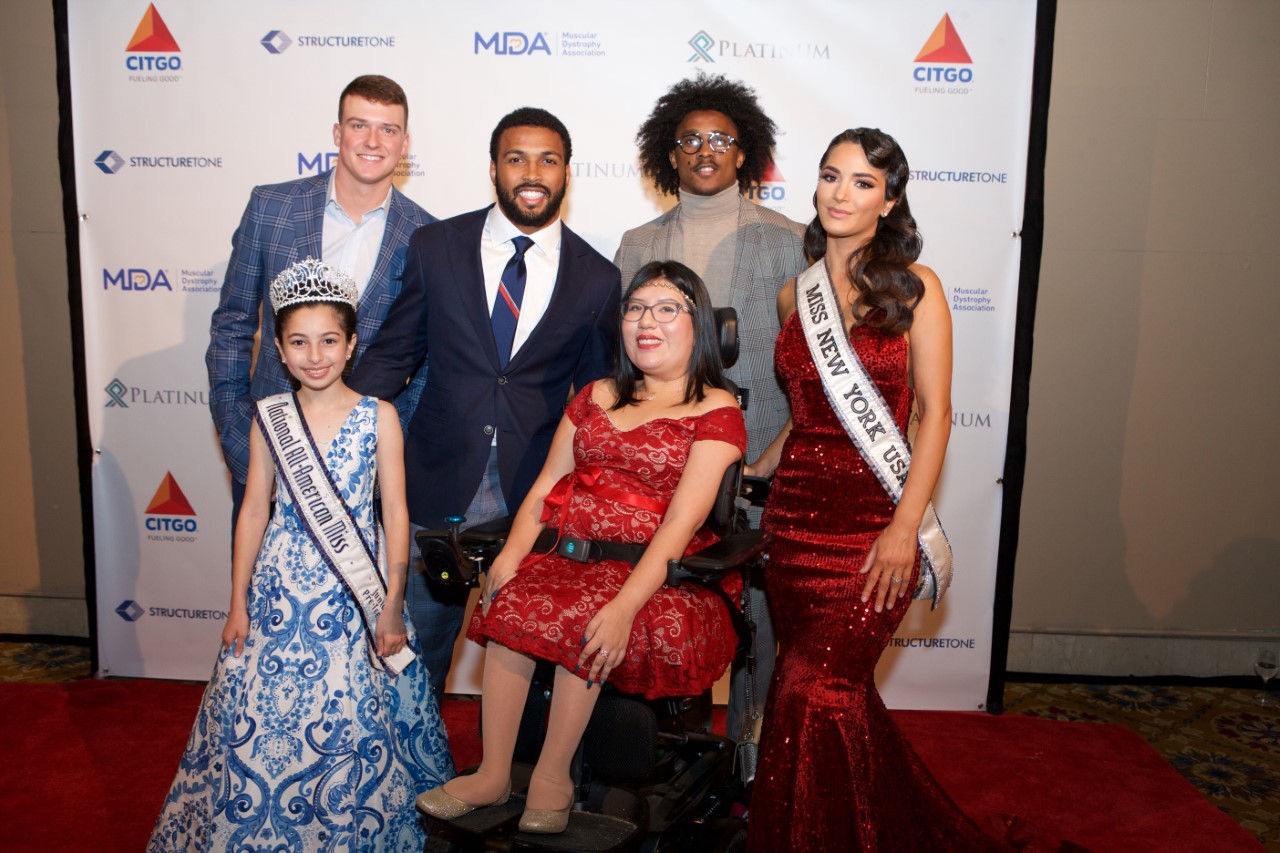 The Muscular Dystrophy Association (MDA) hosted its 23rd annual Muscle Team Gala last Tuesday, November 19, 2019. The Gala championed people living with neuromuscular diseases who pursue their dreams despite their physical setbacks. Football players from the New York Giants and New York Jets attended the event to help raise awareness and donations- which was expected to be over $1 million dollars.

Salzberg got involved with MDA through comedian Jerry Lewis, who hosted The Jerry Lewis MDA Labor Day Telethon starting in the 1960s. Salzberg hosted the New York segment of the telethon with singer Tony Orlando and has been hosting the Gala since then.

Salzberg told Back Sports Page: “I gave an award this year, given in my name, the Russ Salzberg Champion of Spirit Award. Last year I gave it to the Hamad family, in a span of 6 years they lost 3 teenage sons to neuromuscular disease. There’s a kid (Josh Cooper) tonight who I met when he was 5 who is an ambassador who I haven’t seen in a few years. He and his family are getting the award tonight, he’s in his wheelchair, he’s graduating Seton Hall Law school. That’s amazing as anybody catching a football. That’s what it’s all about.”

When asked why it’s important for athletes and the sports media industry to get involved in social causes, Russ said “It’s not just the sports media or celebrities. People are people. Celebrities can sell their names or offer their names but it’s good for everybody to understand that when you think you have it bad, you don’t have it so bad. Really that’s what it’s about. I’m one of those people who think whether you are the biggest athlete in the world or you’re Zach or Russ or whatever that we are all the same. It’s not a cliche, I mean it. “

New York Giants wide receiver David Sills told BSP: “The biggest thing about being a football player and having the platform that you have is going around with the Giants and helping the community so I thought this was a great way to come out here and raise awareness. We have a lot of other guys out here as well. So it’s important for us to raise awareness for causes like this.”

“Back in college, I was involved with the children’s hospital over there at West Virginia which is something that is very close to my heart. I definitely like working with kids and trying to make their days better because I know they have some tough battles ahead.”

Back Sports Page had the honor to talk with Maria Llave, a 17-year old with spinal muscular atrophy who attended the MDA Summer Camp. Last August she was featured on Inside Edition. Maria got involved with MDA after the organization visited Columbia University Hospital. Maria has been attending the MDA Summer Camp since she was six years old.

When asked about her favorite part of camp, Maria said that it is “meeting people with the same condition as me and can relate to the problems that I face and we have more to talk about. The counselors really help out and give you a friend for a week of summer.”

“MDA is like a home. I have people that I can trust and help me become a better me. MDA is a really great special place and that everyone should be involved in helping to find cures and research.”

Click here to donate or visit MDA.org for more information on what you could do to get involved.